Polk State College, formerly known as Polk Community College, is a public college in Winter Haven, Florida. It is a member institution of the Florida College System. 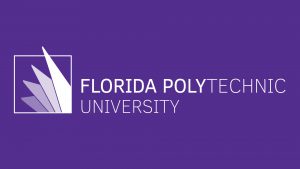 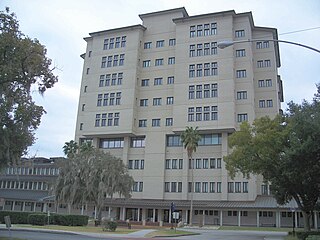 Auburndale is a city in Polk County, Florida, United States. The population was 11,032 at the 2000 census. According to the U.S Census estimates of 2005, the city had a population of 12,381. It is part of the Lakeland–Winter Haven Metropolitan Statistical Area. 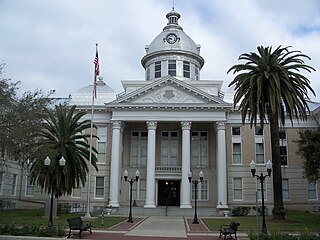 Bartow is the county seat of Polk County, Florida, United States. Founded in 1851 as Fort Blount, the city was renamed in honor of Francis S. Bartow, the first brigade commander of the Confederate Army to die in combat during the American Civil War. According to the U.S. Census Bureau 2000 Census, the city had a population of 15,340 and an estimated population of 16,959 in 2009. It is part of the Lakeland−Winter Haven Metropolitan Statistical Area, which had an estimated population of 584,383 in 2009. As of 2018, the mayor of Bartow is Leo Longworth.

Eagle Lake is a city in Polk County, Florida, United States. The population was 2,255 at the 2010 census. It is part of the Lakeland–Winter Haven Metropolitan Statistical Area. 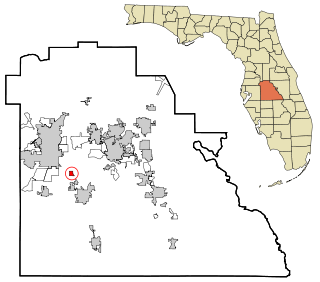 Highland City is a census-designated place (CDP) in Polk County, Florida, United States. The population was 2,051 at the 2000 census. It is part of the Lakeland–Winter Haven Metropolitan Statistical Area. 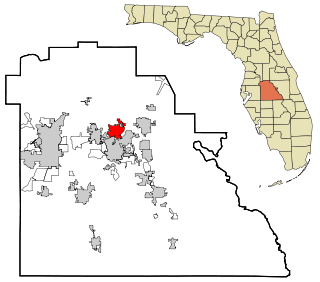 Lake Alfred is a city in Polk County, Florida, United States. The population was approximately 5,015 at the 2010 Census. It is part of the Lakeland–Winter Haven Metropolitan Statistical Area.

Polk City is a city in Polk County, Florida, United States. The population was 1,516 at the 2000 census. As of 2004, the population recorded by the U.S. Census Bureau is 1,515. It is part of the Lakeland–Winter Haven Metropolitan Statistical Area.

The Polk Parkway, also known as Florida State Road 570, is a 24-mile (39 km), limited-access toll road which runs through Polk County, Florida. It is operated as part of the Florida's Turnpike Enterprise system of limited-access expressways. The Polk Parkway mainly serves as a beltway around Lakeland forming a semicircle, which along with I-4 circumscribes most of the city limits of Lakeland. 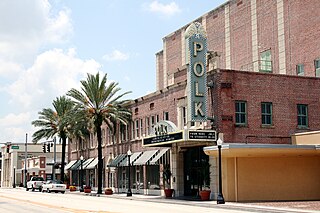 The Polk Theatre in Lakeland, Florida is a historic theater located at 121 South Florida Avenue. 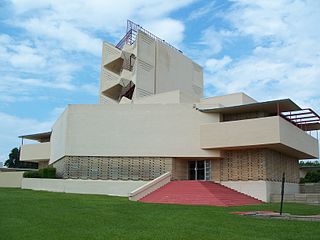 Child of the Sun, also known as the Florida Southern College Architectural District, is a group of buildings designed for the campus of the Florida Southern College in Lakeland, Florida, United States, by American architect Frank Lloyd Wright from 1941 through 1958. The buildings are listed on the National Register of Historic Places, and together form the largest collection of buildings by the architect. It was designated a National Historic Landmark on March 2, 2012. On April 18, 2012, the AIA's Florida Chapter ranked it eighth on its list of Florida Architecture: 100 Years. 100 Places.

John David Alexander, known as J. D. Alexander or JD Alexander is a businessman and former Florida Republican politician from Lake Wales. From 2002-2012, he served in the Florida Senate, representing almost 500,000 residents of the 17th district, which included all of Hardee and Highlands and parts of DeSoto, Glades, Okeechobee, Polk, and St. Lucie counties. Previously, he was a member of the Florida House of Representatives from 1998 to 2002. Alexander has also been the CEO of Atlantic Blue Group and Alico. 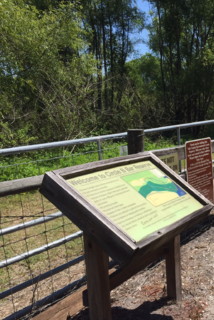 The Circle B Bar Reserve is an area of protected lands in Polk County, Florida. Comprising 1,267 acres (5.13 km2) at 4399 Winter Lake Road near Lakeland, Florida, the area is managed by the Polk County Board of County Commissioners (BOCC). It is jointly owned by the BOCC and the Southwest Florida Water Management District. The park was purchased in 2000 for $7.4 million using funds provided by an environmental lands acquisition referendum approved by voters in 1994.

Lake Hollingsworth is a lake located near the center of the City of Lakeland, Florida. Its area is 350 acres (1.4 km2). The lake is located just east of South Florida Avenue and west of Bartow Road. Lake Hollingsworth Drive and a path for biking and walking known as the Lake-To-Lake Trail are located along the entire circumference of the lake.

The Auburndale TECO Trail is a 6.5-mile (10.5 km) multi-use path in Auburndale, Florida, United States. The southern terminus of the trail is at Denton Avenue, just east of Berkley Road and directly south of the Lake Myrtle Sports Complex. At the northern terminus, the trail joins the General James A. Van Fleet State Trail in Polk City. Plentiful parking is available at both trailheads. The route is almost completely flat, with an ascent of less than 5 feet (1.5 m). The trail is approximately 12 feet (3.7 m) wide and, like the Van Fleet Trail, it was constructed on an abandoned Seaboard Air Line Railroad corridor. The path is maintained by Polk County in cooperation with TECO Energy, and is sometimes referred to as the Van Fleet Trail extension. Future plans include connecting the trail to the Hilochee Wildlife Management area.

The Fort Fraser Trail is a 7.75 miles (12.47 km) paved multi-use path that runs from Bartow to Lakeland. It runs along a former Atlantic Coast Line Railroad line that once ran from Lakeland to Naples. The Southern terminus of the trail can be accessed from North Wilson Avenue in Bartow, immediately North of Tractor Supply Company. The Northern terminus is at the entrance to the Polk State College (Lakeland) campus in Lakeland. A .5 miles (0.80 km) paved extension of the trail runs to the Circle B Bar Reserve in Lakeland, a park run by Polk County, The Southwest Florida Water Management District, and the State of Florida, where several additional 3.5 miles (5.6 km)s of unpaved trails traverse the property and provide access to Lake Hancock. Most of the trail parallel's US Highway 98, and numerous benches, shelters, water fountains and other amenities are available.