The club owns a hut, which was formerly a ladies' cricket pavilion. It was bought in 1919 for £5 and moved from its original plot to Burrington Combe, where it still stands.

The club maintains one of the largest collections of caving books and journals in the country in its library in Bristol, [3] as well as publishing the long-standing academic journal, Proceedings of the University of Bristol Spelæological Society. [4]

Notable past members of the club include Professor E. K. Tratman, who gave his name to Tratman's Temple in Swildon's Hole and to the 'Tratman Award', [7] respected Irish spelæologist J. C. Coleman, and baking star Kim-Joy Hewlett. 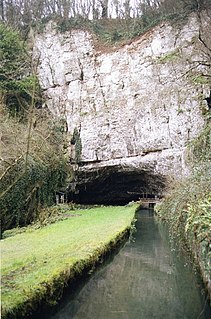 Wookey Hole Caves are a series of limestone caverns, a show cave and tourist attraction in the village of Wookey Hole on the southern edge of the Mendip Hills near Wells in Somerset, England. The River Axe flows through the cave. It is a Site of Special Scientific Interest (SSSI) for both biological and geological reasons. Wookey Hole cave is a "solutional cave", one that is formed by a process of weathering in which the natural acid in groundwater dissolves the rocks. Some water originates as rain that flows into streams on impervious rocks on the plateau before sinking at the limestone boundary into cave systems such as Swildon's Hole, Eastwater Cavern and St Cuthbert's Swallet; the rest is rain that percolates directly through the limestone. The temperature in the caves is a constant 11 °C (52 °F).

Pen Park Hole is a large cavern situated underground, at the edge of Filton Golf Course. The cavern was discovered accidentally in the 17th Century and the first descent was made by Captain Sturmy in 1669. The entrance is adjacent to the Southmead and Brentry housing estates of north Bristol. Access is tightly controlled by Bristol City Council. It was scheduled as a Site of Special Scientific Interest in August 2016 on account of its geological origins, and its cave invertebrate community including the cave shrimp Niphargus kochianus, which is normally known as a spring seepage or chalk aquifer species.

Pol an Ionain is a limestone cave near Doolin in County Clare, Ireland, on the western edge of The Burren. The name is the anglicised version of the Irish name Poll an Eidhneáin, which is said to translate into "Ivy Cliff Cave". The cave attracted some controversy due to its development and marketing as a show cave in the early 21st century. It is now open to the public as Doolin Cave. 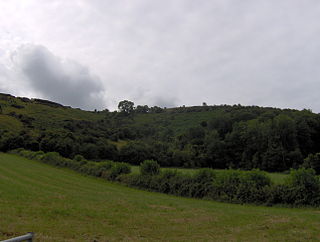 Crook Peak to Shute Shelve Hill is a 332.2 hectare (820.9 acre) geological and biological Site of Special Scientific Interest near the western end of the Mendip Hills, Somerset. The line of hills runs for approximately 5 kilometres (3.1 mi) from west to east and includes: Crook Peak, Compton Hill, Wavering Down, Cross Plain and Shute Shelve Hill. Most of the site is owned by the National Trust who bought 725 acres (293 ha) in 1985, and much of it has been designated as common land. It was notified as an SSSI by Natural England in 1952. 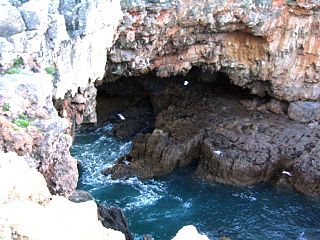 Boca do Inferno is a chasm located in the seaside cliffs close to the Portuguese city of Cascais, in the District of Lisbon. The seawater has access to the deep bottom of the chasm and vigorously strikes its rocky walls, making it a popular tourist attraction. The cave was the first to be depicted in moving pictures, in the 1896 British film A Sea Cave Near Lisbon, which shows waves breaking at the mouth of the cave. 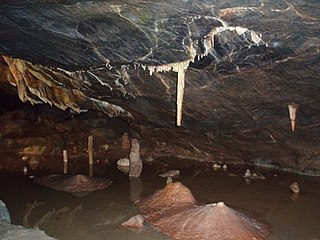 Gough's Cave is located in Cheddar Gorge on the Mendip Hills, in Cheddar, Somerset, England. The cave is 115 m (377 ft) deep and is 3.405 km (2.12 mi) long, and contains a variety of large chambers and rock formations. It contains the Cheddar Yeo, the largest underground river system in Britain. 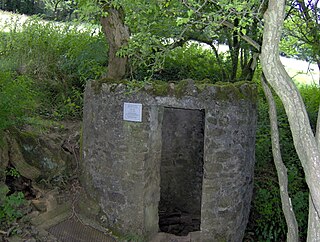 The caves of the Mendip Hills are formed by the particular geology of the Mendip Hills: large areas of limestone worn away by water makes it a national centre for caving. The hills conceal the largest underground river system in Britain.

Aveline's Hole is a cave at Burrington Combe in the limestone of the Mendip Hills, in Somerset, England.

GB Cave is a cave between Charterhouse and Shipham in the limestone of the Mendip Hills, in Somerset, England.

Rod's Pot is a limestone cave above Burrington Combe in the Mendip Hills, in Somerset, England. 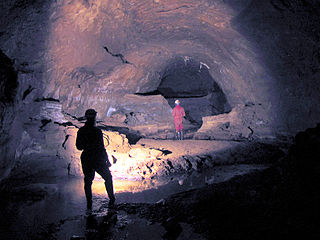 Recreational caving in the United Kingdom dates back to the mid nineteenth century. The four major caving areas of the United Kingdom are North Yorkshire, South Wales, Derbyshire, and the Mendips. Minor areas include Devon, North Wales, and Grampian.

The Yorkshire Ramblers' Club (YRC) is the second-oldest mountaineering club in England, the oldest being the Alpine Club.

Charterhouse Cave, on the Mendip Hills in Somerset, is the deepest cave in southern England.

John (Jack) Cristopher Coleman (1914–1971) was a respected Irish geographer, archaeologist, speleologist and mountaineer. He devoted much of his life to the study of the caves of Ireland, the product of which were his many contributions to scientific journals in Ireland and the United Kingdom, his founding of the Speleological Society of Ireland and the publishing of his book, The Caves of Ireland.

Rhino Rift is a cave near Charterhouse, in the Carboniferous Limestone of the Mendip Hills, in Somerset, England. The cave is part of the Cheddar Complex SSSI.

King Arthur's Cave is a limestone cave at the foot of a low cliff at the north-western end of Lord's Wood in The Doward, near Symonds Yat, Herefordshire, about four miles northeast of Monmouth, in the Wye Valley. The cave entrance lies about 285 feet above the River Wye on a hill, with a double interconnected entrance and two main chambers. It is protected as a nature reserve under the Herefordshire Nature Trust. There is evidence that the cave was occupied by man during the Upper Palaeolithic era, and flint tools and woolly mammoth bones have been unearthed within and around the caves.

Picken's Hole is a small cave on the southern side of Crook Peak in the Mendip Hills in the English county of Somerset. It has been designated as a scheduled monument. It has sometimes been confused with a nearby cave called Scragg's Hole, including by the Somerset Historic Environment Record.

Pınargözü Cave, is a cave 18 kilometres (11 mi) west of the town of Yenişarbademli in Isparta Province, Turkey. It is considered the longest cave in Turkey, although it has not yet been fully explored, and the precise extent to which it has been explored is in dispute.