The University of Florence (Italian: Università degli Studi di Firenze, UniFI) is an Italian public research university located in Florence, Italy. It comprises 12 schools and has about 60,000 students enrolled.

The first university in Florence was the Studium Generale, which was established by the Florentine Republic in 1321. The Studium was recognized by Pope Clement VI in 1349, and authorized to grant regular degrees. The Pope also established that the first Italian faculty of theology would be in Florence. The Studium became an imperial university in 1364, but was moved to Pisa in 1473 when Lorenzo the Magnificent gained control of Florence. Charles VIII moved it back from 1497 to 1515, but it was moved to Pisa again when the Medici family returned to power.

The modern university dates from 1859, when a group of disparate higher-studies institutions grouped together in the Istituto di Studi Pratici e di Perfezionamento, which a year later was recognized as a full-fledged university by the government of newly unified Italy. In 1923, the Istituto was officially denominated as University by the Italian Parliament. 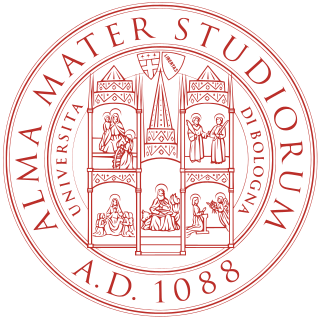 The University of Bologna is a research university in Bologna, Italy. Founded in 1088 by an organised guild of students, it is the oldest university in continuous operation in the world, and the first university in the sense of a higher-learning and degree-awarding institute, as the word universitas was coined at its foundation. 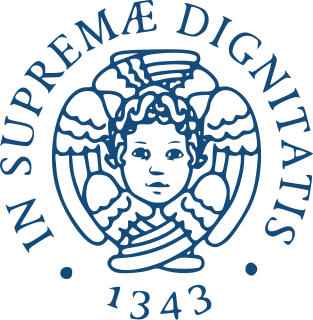 The University of Urbino "Carlo Bo" is an Italian university located in Urbino, a walled hill-town in the region of Marche, located in the north-eastern part of central Italy. The university was founded as an academic institution in 1506, although it was not fully recognised as a university until 1671. In the 1920s it gained recognition as an "Independent University", with a charter that made state aid possible although not mandatory. Once fully recognized as an Independent University, student numbers gradually increased as more facilities were opened. 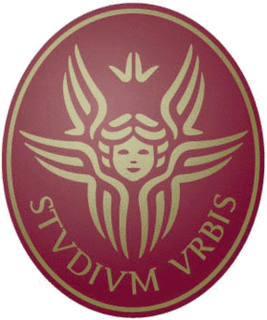 The Sapienza University of Rome, also called simply Sapienza or the University of Rome, is a research university that is located in Rome, Italy. Formally known as Università degli Studi di Roma "La Sapienza", it is one of the largest European universities by enrollments and one of the oldest in history, founded in 1303. The University is one of the most prestigious Italian universities and in the world, commonly ranking first in national rankings and in Southern Europe. In 2018, 2019 and 2021 it ranked first in the world for classics and ancient history.

Mario Luzi was an Italian poet.

The Sant'Anna School of Advanced Studies is a special-statute public research university located in Pisa, Italy, operating in the field of applied sciences.

The Pisa University System is a network of higher education institutions in Pisa, Italy. The following three schools and universities belong to the system:

Giorgio La Pira – in religious life Raimondo – was an Italian Roman Catholic politician who served as the Mayor of Florence. He also served as deputy of the Christian Democrats and participated in the assembly that wrote the Italian Constitution following World War II. In his public and private life he was a tireless champion of peace and human rights who worked for the betterment of the poor and disenfranchised. La Pira belonged to the Third Order of Saint Dominic. From 1934 until his death he lived in the San Marco complex.

The Museo di Storia Naturale di Firenze is a natural history museum in 6 major collections, located in Florence, Italy. It is part of the University of Florence. Museum collections are open mornings except Wednesday, and all day Saturday; an admission fee is charged. 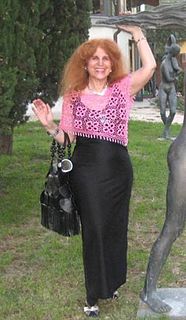 Anna Balsamo is an Italian poet born in Pisa, Italy, living and working in Florence, Italy. 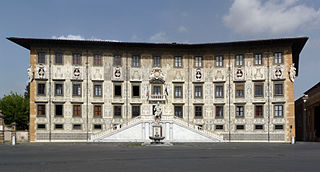 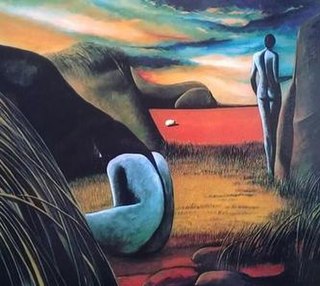 Marco Lusini was an Italian artist who worked in painting, sculpture, photography, and poetry. Born in Siena, he attended art school before relocating to Florence in 1960. Here, he involved himself in the "Bazzechi" photographic studio before becoming well known as a painter. He actively contributed to the city's cultural life, thereby becoming a friend and collaborator to such writers and poets as Mario Luzi, Alessandro Parronchi, Elvio Natali, Piero Santi, Elio Filippo Accrocca, Enzo Carli, Alfonso Gatto, Giulio Guberti, Franco Solmi, Carlo Segala, and Claudio Spadoni. He achieved fame throughout Italy and internationally.

Allessandro Parronchi was an Italian poet, art historian, and literary critic. He won the 1999 Mondello Prize for literature.

Mario Salmi was an Italian art historian and art critic who specialized in Romanesque architecture, Tuscan sculpture and the early Italian Renaissance.

Augusto Piccini was an Italian chemist.