University of Iowa Hospitals and Clinics

It is located on the University campus in Iowa City, Iowa at Melrose Avenue and Hawkins Drive near Kinnick Stadium. At times during televised Hawkeye football games, the hospital can be seen in the background. The hospital is one of three in Iowa City, the others being Mercy Hospital and the Iowa City VA Health Care System, a VA medical center.

UI Hospitals and Clinics employs over 7,100 people and is overseen by the Iowa Board of Regents. It is Iowa's only comprehensive, tertiary-level center and also its premier medical facility. In addition to taking care of local patients, people throughout the state and region are often referred to the University's hospitals for treatment of serious or complex illnesses or injuries.[ citation needed ]

The University of Iowa began medical services in 1873 when its medical department entered into an agreement with the Sisters of Mercy to operate a small hospital in the community. Davenport, Iowa physician Washington Freeman Peck and other physicians raised $5,000 to renovate a vacant school building known as Mechanics Academy into a 20-bed hospital. This hospital had two open wards for both men and women, four private rooms, and a surgical amphitheater. Dr. Peck convinced the Mother Superior of the Davenport-based Sisters of Mercy to send nuns to Iowa City to help care for patients. This arrangement lasted until 1885, when the Sisters moved to a nearby vacant mission and opened Mercy Hospital one year later.

It soon became apparent that a new hospital was needed as the University was outgrowing its original facility. In 1896 the state of Iowa approved the needed appropriations. A 65-bed hospital was built in 1898 where the school's Seashore Hall is now located. This facility was state of the art at the time of its construction, with both electrical lighting and steam heating. The hospital featured a 200-seat amphitheater for instructional purposes.[ citation needed ]

Following passage of indigent care laws in 1928, patient admissions increased greatly. The current hospital was built in 1928 as a 735-bed hospital. At the time of its construction, the hospital building was one of the largest in the country.[ citation needed ]

Numerous advances were pioneered at the University of Iowa Hospitals and Clinics:[ citation needed ]

The Johns Hopkins Hospital (JHH) is the teaching hospital and biomedical research facility of the Johns Hopkins School of Medicine, located in Baltimore, Maryland, U.S. It was founded in 1889 using money from a bequest of over $7 million by city merchant, banker/financier, civic leader and philanthropist Johns Hopkins (1795–1873). Johns Hopkins Hospital and its school of medicine are considered to be the founding institutions of modern American medicine and the birthplace of numerous famous medical traditions including rounds, residents and house staff. Many medical specialties were formed at the hospital including neurosurgery, by Dr. Harvey Cushing and Dr. Walter Dandy; cardiac surgery by Dr. Alfred Blalock; and child psychiatry, by Dr. Leo Kanner. Attached to the hospital is the Johns Hopkins Children’s Center which serves infants, children, teens, and young adults aged 0-21. 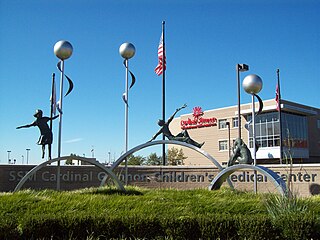 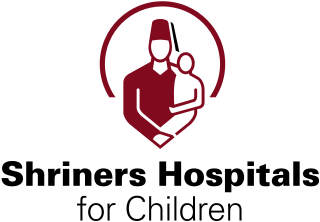 Shriners Hospitals for Children is a network of 22 non-profit medical facilities across North America. Children with orthopaedic conditions, burns, spinal cord injuries, and cleft lip and palate are eligible for care and receive all services in a family-centered environment, regardless of the patients' ability to pay. Care for children is usually provided until age 18, although, in some cases it may be extended to age 21. 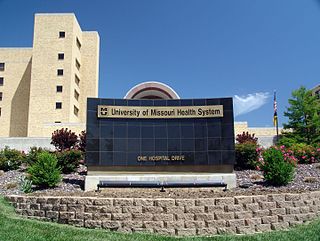 The University of Missouri Women's and Children's Hospital, formerly Columbia Regional Hospital, is the only hospital in Missouri exclusively dedicated to the health of women and children. The hospital is home to MU Children's Hospital, MU Women's Center, and the Family Birth Center. In Fiscal Year 2009, 1,793 babies were born in the Family Birth Center. The hospital offers the da Vinci minimally invasive surgical robotic system. It is located in eastern Columbia near the interchange of Interstate 70 and U.S. 63.

Ignacio Ponseti was a Spanish-American physician, specializing in orthopedics. He was born on 3 June 1914 in Menorca, part of the Balearic Islands, Spain, Ponseti was the son of a watchmaker and spent his childhood helping repair watches. This skill was said to eventually contribute to his abilities as an orthopedist. He served three years as a medic during the Spanish Civil War treating orthopedic injuries of wounded soldiers. He left Spain shortly after the end of the war and became a faculty member and practicing physician at the University of Iowa, where he developed his ground-breaking, non-surgical treatment for the clubfoot defect - the Ponseti Method.

Children's Mercy Hospital is a 367-bed comprehensive pediatric medical center in Kansas City, Missouri that integrates clinical care, research and medical education to provide care for patients ages birth to 21. The hospital's primary service area covers a 150-county area in Missouri and Kansas. Children's Mercy has received national recognition from U.S. News & World Report in ten pediatric specialties. The hospital was the first in Missouri and Kansas to receive Magnet Recognition for excellence in nursing services from the American Nurses Credentialing Center, and has been re-designated four times. 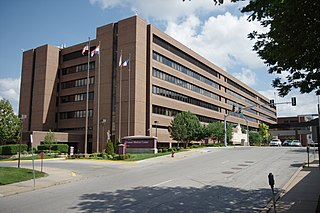 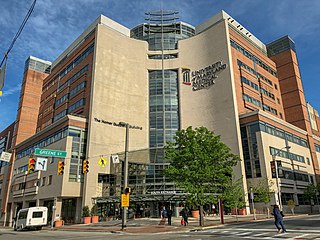 CURE International is a Christian nonprofit organization based in Spring Lake, Michigan. CURE's efforts are focused on providing medical care to children suffering primarily from orthopedic and neurological conditions. The organization's stated mission is "healing the sick and proclaiming the kingdom of God." The organization operates hospitals in Ethiopia, Kenya, Malawi, Niger, the Philippines, Uganda and Zambia. The organization also runs a specialty program for hydrocephalus in an additional 7 countries including Bangladesh, Mali and Indonesia.

The Roy J. and Lucille A. Carver College of Medicine is the medical school of the University of Iowa, located in Iowa City, in the U.S. state of Iowa. The first medical college associated with the University of Iowa was founded in 1850, in the small town of Keokuk, Iowa, but the current Iowa City program can trace its roots to 1870. The program became notable as the first co-educational medical school in the United States, and was one of 22 original members of the Association of American Medical Colleges in 1876. 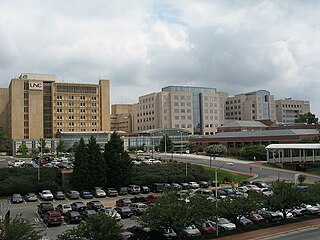