University of Medicine, Pharmacy, Science and Technology of Târgu Mureș

The University of Medicine, Pharmacy, Science, and Technology of Târgu Mureș (Romanian : Universitatea de Medicină, Farmacie, Știință și Tehnologie din Târgu Mureș, or UMFST; Hungarian : Marosvásárhelyi Orvosi, Gyógyszerészeti, Tudomány és Technológiai Egyetem, or MOGyTTE; German : Universität für Medizin, Pharmazie, Naturwissenschaften und Technik Neumarkt am Mieresch or UMFST Neumarkt a. M. [1] ) is a public university in Târgu Mureș, Romania, founded in 1945. Classified as a research and education university by the Ministry of Education, [2] it is one of the 6 traditional medical schools in Romania beside Bucharest, Cluj-Napoca, Craiova, Iași and Timișoara, all being founded before the 1989 Romanian revolution. The university is named after the prominent scientist George Emil Palade.

In 1948, after the Education Reform, the Medical and Pharmaceutical Institute of Târgu Mureș was founded, an independent higher education institution with the following faculties: Medicine, Paediatrics, Hygiene, Dentistry and Pharmacy. Between 1951 and 1958 it comprised three faculties: General Medicine, Paediatrics and Pharmacy. In 1958-1959 the Faculty of Paediatrics was transformed into a department; and from 1960-1961 the department of Dentistry started operating again, becoming a faculty in the academic year 1965-1966. [3]

The University carries on its activity as a university with a structure and specialities that are accredited by the law. The University of Medicine and Pharmacy of Târgu Mureș functions as a public institution with legal status, being the only university in the field of healthcare where teaching is in Romanian, Hungarian, and recently, in English. Graduates of study programmes can benefit from different levels of academic degrees: bachelor, master’s, doctoral. Their area of specialisation according to the division of academic knowledge and professional division of labour is also different. Following the absorption of Petru Maior University, three more faculties were integrated into the university.

In September 2019, UMFST opened its first medical faculty in Hamburg-Bahrenfeld, Germany the form of University Targu Mures Medical Campus Hamburg (UMCH). Since 2019 a 6-year study program of human medicine has been offered on the campus in Hamburg, leading to an approbable degree. Since UMCH is a branch of a state-run Romanian university, admission is independent of school grades – contrary to other German universities. Theoretical lessons on the Hamburg campus are held in English. For the practical part from the 3rd academic year onwards, students go to one of UMCH’s teaching hospitals in Germany. Bedside-teaching is held in German. Optionally the study can also be finished in Romania. In this case the study language at the hospital bed is English. 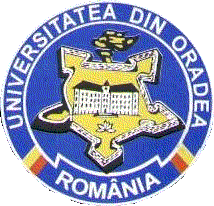 The University of Oradea is an accredited public university located in Oradea in north-western Romania.

The Victor Babeș University of Medicine and Pharmacy, Timișoara is located in Timișoara, Romania. It was named in honor of the scientist Victor Babeș.

Romania offers benefits of a universal healthcare system. The state finances primary, secondary and tertiary healthcare. Public health campaigns are independently financed by the Government of Romania. The Ministry of Health of Romania is required to manage and supervise the public healthcare sector. For 2013, the budget allocated for the healthcare sector is US$2.6 billion, or roughly 1.7% of the GDP.

The Babeș-Bolyai University is a public research university located in Cluj-Napoca, Romania. UBB has a long academic tradition, started by Universitas Claudiopolitana in 1581. It occupies the first position in the University Metaranking, initiated by the Romanian Ministry of Education and Research in 2016

Gyula Vályi was a Hungarian mathematician and theoretical physicist, a member of the Hungarian Academy of Sciences, known for his work on mathematical analysis, geometry, and number theory.

Grigore T. Popa University of Medicine and Pharmacy is a public university-level medical school located in Iași, Romania. Named in honor of the scientist Grigore T. Popa, it is classified by the Ministry of Education as an advanced research and education university.

The University of Medicine and Pharmacy of Craiova is a tertiary educational institution in the city of Craiova, in south-western Romania.

Iuliu Hațieganu University of Medicine and Pharmacy in Cluj-Napoca, Romania, is the oldest medical education institution in Transylvania, a continuation of the Faculty of Medicine which was founded in 1919, as a part of the Superior Dacia University. The university has over 6,000 national and international students, 2,400 resident physicians, as well as over 1,100 teachers and researchers. It was named in honor of the scientist Iuliu Hațieganu. The university is classified as an "advanced research and education university" by the Ministry of Education. 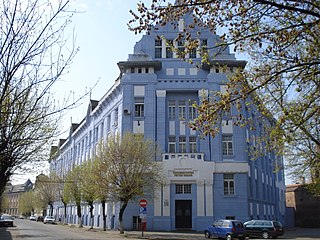 UMF may stand for:

Libera Università Mediterranea is an Italian private university founded in 1995, in Casamassima, Metropolitan City of Bari.

The 2014–15 Cupa României was the seventy-seventh season of the annual Romanian primary football knockout tournament. Astra Giurgiu, last season's title holders, were eliminated in the Round of 32 by the Liga II team Mioveni. Steaua București won the tournament.

The 1939–40 Divizia B was the sixth season of the second tier of the Romanian football league system.