University of Medicine and Pharmacy of Ho Chi Minh City

University of Medicine and Pharmacy of Ho Chi Minh City is a not-for-profit, public medical school. It is located in Ho Chi Minh City, Vietnam. It is the largest and highly competitive medical school in the southern part of Vietnam . The university’s areas of focus are health education, basic research, and clinical research. It offers undergraduate (Bachelor of Science), professional (Doctor of Medicine, Bachelor of Pharmacy and Bachelor of Dentistry) and research graduate degrees (Master and Doctorate).

Ho Chi Minh City, also known by its former name of Saigon, is the most populous city in Vietnam with a population of 8.4 million as of 2017. Located in southeast Vietnam, the metropolis surrounds the Saigon River and covers about 2,061 square kilometres.

It was located at 28 Testard Street, Saigon (now Vo Van Tan, Ho Chi Minh City). The first class began in 1947, with 12 students in total. The following year, the entering class increased to 32. Professors Huard and Daléas were the first two faculties appointed to the university. The training, which took place at school as well as hospitals in the Saigon area, followed the six-year standard medical program in France .

Trường Chinh was a Vietnamese communist political leader and theoretician. He is one of the key figures of Vietnam politics. Together with the communists, he played the main role in the anti-French colonialism movement and finally after decades of protracted war in Vietnam, the communists defeated the colonial power. He was the think-tank of the Communist Party who determined the direction of the communist movement, particularly in the anti-French colonialism movement. After the declaration of independence in September 1945, Trường Chinh played an important role in shaping the politics of the Democratic Republic of Vietnam (DRV) and creating the socialist structure of the new Vietnam. During the transitional period in Vietnam between 1941 and 1956, Trường Chinh was the General Secretary of the Communist Party as well as the real leader of the communist party in terms of designing strategies as well as implementing them. In 1957, after the failure of Land Reform program, he was dismissed from his post of General Secretary and had less power. Hồ Chí Minh selected Lê Duẩn to succeed him as the General Secretary and he became the most powerful person after 1960s. However, Trường Chinh was still an influential thinker in the Party during the second Indochina war and after the reunification of Vietnam. Following the death of Lê Duẩn in 1986, he succeeded Le Duan as top party leader and was the President of Vietnam from 1981 to 1987. His last vital role was to carry forward the Đổi Mới renovation that still affects Vietnam to this day.

Viet Nam National University Ho Chi Minh City is one of the two largest national universities in Vietnam. The university now provides undergraduate and graduate education to 56,427 students, including:

University of Economics Ho Chi Minh City was established in 1976 in Ho Chi Minh City, Vietnam. It is one of the 15 key national universities of Vietnam and is a member of The Best 1,000 Business Schools in the World. From its inception until now, the school has been a renowned center of scientific research in Vietnam, providing undergraduate and postgraduate education for students from the country and neighboring Laos and Cambodia. CYM Group, a student academic clud of University of Economics Ho Chi Minh City is the first student group in Vietnam to set a Guinness World Record. Graduates of the university since its establishment include:

Ho Chi Minh City University of Technology and Education is currently listed as one of the top 10 universities in Vietnam and also a member in the top group of Southeast Asia universities. 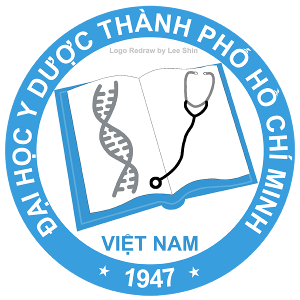 University of Medicine and Pharmacy, Ho Chi Minh City is one of the most highly ranked universities of medicine and pharmacy in Vietnam. It offers graduate and postgraduate education in medicine, pharmacy. The university has seven faculties and one hospital: 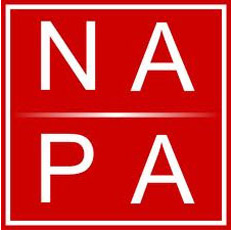 The National Academy of Public Administration (NAPA) is an academy with campuses in Hanoi, Huế and Ho Chi Minh City, Vietnam. The academy provides undergraduate, graduate, and postgraduate education in law, administration, government management for students and public servants in Vietnam.

Ho Chi Minh City University of Science was re-founded in March 1996 following a split from Đại học Tổng hợp. The school has since been a member university of Vietnam National University, Ho Chi Minh City. It is entrusted with providing education at undergraduate levels and postgraduate levels and undertaking scientific research as well as technological transfer. Up til now, the university has more than 15,000 enrolled students including:

University of Economics and Law (UEL) is a university in Linh Xuan ward, Thu Duc District, Ho Chi Minh City, Vietnam. It is a member university of Vietnam National University, Ho Chi Minh City (VNU-HCM). It was formerly VNU-HCM Faculty of Economics and was promoted to university on March 24, 2010. UEL is a higher education institution as well as scientific research and technology transfer center with high quality in the fields of economics, law and management in response to the demands of socio-economic development in the process of industrialization, modernization and global integration in Vietnam. 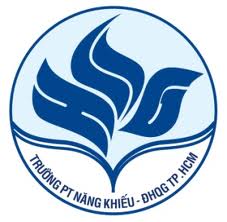 Hồ Trung Dung was a Vietnamese prominent French medical doctor in Vietnam for over 50 years from the 1950s until his retirement at the end of the 20th century.

Hung Vương High School, is a 70-year-old public high school in Ho Chi Minh City of Vietnam. It was founded in 1934.

The British Vietnamese International School Hanoi is a bilingual international school in Hanoi, Vietnam, offering a British-style education in both English and Vietnamese languages for ages 2 to 18. BVIS Hanoi is located in the Vincom Royal City, Thanh Xuan District and was opened in August 2013. The majority of BVIS Hanoi students are Vietnamese, with some Korean, Chinese and Viet Kieu.