Last updated May 31, 2021
Not to be confused with St. Thomas University School of Law.

St. Thomas Law is located in downtown Minneapolis. The 158,000 square foot building opened in 2003, and sits at the corner of 11th Street and LaSalle Avenue. The $34.8 million building includes a four-story atrium, a 40,000-square-foot (3,700 m2) law library, a two-story chapel, and a classically designed moot court room. [8] The law school is connected by skyway to the downtown Minneapolis legal and business communities.

Students at St. Thomas Law participate in a mentor externship program where students are partnered with lawyers and judges to experience the law in practice. St. Thomas Law is one of just two law schools in the country that offer more externships than full-time enrollment. [9] In 2005, the Mentor Externship Program was awarded the prestigious E. Smythe Gambrell Professionalism Award by the American Bar Association Standing Committee on Professionalism. [10] It was ranked the #1 law school in the nation for having the most externship placements per full-time student in 2010, 2011 and 2013. (The Mentor Externship Program matches each J.D. student with a mentor during all three years of law school.) [11]

According to St. Thomas's ABA-required employment disclosures, 54.9% of the Class of 2017 obtained full-time, bar-passage required jobs within 9 months of graduation. [13] St. Thomas Law's Law School Transparency under-employment score is 21.7%, indicating the percentage of the Class of 2016 who were unemployed, pursuing an additional degree, or working in a non-professional, short-term or part-time job 10 months after graduation. [14]

The 434-member student body at St. Thomas Law represents a wide range of experiences and beliefs. The population is made up of recent undergraduates as well as established professionals who are making a change into a legal career.

Some of the most popular programs of study include courses in the areas of family and community law, public policy, civil procedure, advocacy, environmental law, international law, as well as human rights law. St. Thomas Law students are placed at the top firms and companies in the Midwest through the On Campus Interview program and through the extensive mentorship program. The school has a 12.8:1 student to faculty ratio.

The Terrence J. Murphy Institute for Catholic Thought, Law and Public Policy is a partnership between the Center for Catholic Studies and the School of Law at the University of St. Thomas. The Institute explores the various interactions between law and Catholic thought on topics ranging from workers' rights to criminal law to marriage and family. [24]

Holloran Center for Ethical Leadership in the Professions

The Holloran Center for Ethical Leadership in the Professions is one of 13 national centers in law schools devoted to ethics and professionalism that is recognized by the American Bar Association's Center for Professional Responsibility. [ citation needed ] 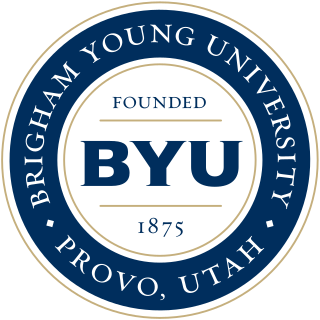 The J. Reuben Clark Law School is the graduate law school of Brigham Young University (BYU) in Provo, Utah. Founded in 1973, the school is named after J. Reuben Clark, a former U.S. Ambassador, Undersecretary of State, and general authority of the institution's sponsoring organization, The Church of Jesus Christ of Latter-day Saints.

Trinity Law School is a private law school in Santa Ana, California. It is part of Trinity International University. Although it is accredited by the Higher Learning Commission and approved by the State Bar of California, it is not accredited by the American Bar Association (ABA). The school offers a Juris Doctor (JD) program on campus or online, an online Master of Legal Studies (MLS) program, as well as a joint B.A./J.D. degree program with California Baptist University in Riverside, CA. 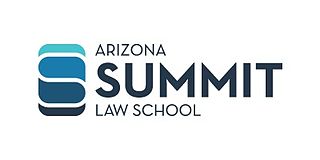 The Arizona Summit Law School, was an accredited for-profit law school which folded in 2018. The law school was founded in 2005 and known until 2013 as the Phoenix School of Law, was a law school located in Phoenix, Arizona. SummitLaw is part of the InfiLaw System of independent, for-profit law schools, which includes Florida Coastal School of Law and Charlotte School of Law, owned by Sterling Partners. Although the school was approved by the American Bar Association (ABA) in 2010, the ABA withdrew the school's accreditation effective July 9, 2018, and the school began closing in the fall of that same year. The school created controversy in 2015, when the dean reportedly paid underprepared students not to take the bar exam. 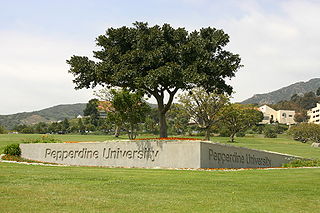