University of the Philippines Concert Chorus

An icon of stage performance that pioneered ChoreoCapella or choreographed a capella in the Philippines, Korus is one of NCCA's Ani ng Dangal Awardees for 2013 & 2016. Ranked No. 1 in the world for Folk choral performance at the 2012 Festival Internacional de Cantonigros in Spain. Korus also garnered the Grand Prix at the 6th International Krakow Choir Festival in Poland, and was the recipient of the 2012 Aliw Awards Foundation's Lifetime Achievement Award. Korus soars beyond its 50th year to share its unique, fun and passionate performances to the world.

In 2012, Korus was appointed by Philippine Ambassador to Malaysia J. Eduardo Malaya as the Philippine Embassy in Kuala Lumpur's cultural ambassadors for peace and enduring friendship between Filipinos and Malaysians. Korus' concerts in 2012 and 2013 were graced by hundreds of Malaysians including Prime Minister consort Datin Rosmah Mansor and Sabah Head of State consort Toh Puan Norlidah RM Jasni.

Janet Sabas-Aracama, or Jai, earned her Bachelor’s and master's degree in Music at the University of the Philippines College of Music in choral conducting, voice and ethnomusicology. Her mentors were Dean Rey T. Paguio in conducting, Josie Bailen, Fides Asensio and Elmo Makil in Voice. She is now a permanent faculty member of the University of the Philippines and Chair of the Conducting Department.

In November 26, 1999, she was elected and appointed by the University to be the choir's Artistic Director and Conductor filling in the shoes of the late Dean Rey T. Paguio. [1]

She has led Korus to win numerous festival awards. Under her leadership, Korus has also been on international tours. She is the vocal and choral trainer and facilitator of music workshops in the Philippines and serves as an adjudicator in choral competitions. She has acted as vocal instructor/coach in musical productions, including Repertory Philippines’ productions of Into The Woods and Fiddler On The Roof, New Voice Company’s Chess and more.

Opera and Broadway credits include the roles of Katisha in Gilbert and Sullivan’s The Mikado, Bloody Mary in Rodgers and Hammerstein’s South Pacific, Suzuki in Puccini’s Madama Butterfly, Mother in Jeffrey Ching’s Rendezvous in Venice as well as major roles in Gershwin’s Candide and Tchaikovsky’s Eugene Onegin. She is a versatile singer, not only singing opera, art songs and Broadway but crossing over to contemporary gospel, soul, jazz and original Pilipino Music.

The beginnings of the UP Concert Chorus go back to the 1960s.

UP President Gen. Carlos P. Romulo decreed that the UP Concert Chorus, then-called UP Mixed Choir, would be the official choir of the University of the Philippines System. It was to be based at the College of Music of the University of the Philippines' flagship campus in Diliman, Quezon City. The group trained under conductor Dean Ramon Tapales and associate conductors Johnny Ramos, Dean Ramon P. Santos and Flora Rivera. Its vocal consultant and adviser was Aurelio Estanislao. National Artist Lucio San Pedro composed Suite Pastorale, part of which is the Sa Ugoy ng Duyan, in 1966, especially for Korus.

In 1969 Dean Rey T. Paguio (RTP) took over as conductor. By the 1970s, Korus had staged pieces like Leonard Bernstein's Mass, Carl Orff's Catulli Carmina, RTP and Domingo Landicho's zarzuela Sumpang Mahal, and Bernstein-Sondheim's West Side Story in Filipino. Korus was a favorite guest choir among other performing groups like Manila Symphony, Ballet Philippines and Teatro Filipino. Korus also sang at the Concert at the Park, and went on its first three international concert tours. In 1974, the UP Concert Chorus was named one of the world's best choirs at the Lincoln Center International Choral Festival in New York.

From 1974 to 1988, Korus went on seven international concert tours, and in the 1990s, UPCC went on six international concert tours, throughout the U.S. and Europe. The UP Concert Chorus did the world premiere of neo-classicist composer Heinrich Schweizer's oratorio Heirs of Eternity. The decade ended on a somber note with the sudden death of Dean RTP in October 1999.

Under the leadership of Conductor and Artistic Director Prof. Janet Sabas-Aracama and Assistant Conductor Emmanuel P. de Leon, Jr., the UP Concert Chorus was invited 12 times to the Aberdeen International Youth Festival in Scotland, [1] and four times for command performances for Queen Elizabeth II. Korus appeared in local productions such as the premier of Melba Maggay's Bayan, Isang Paa na Lamang, Lagi Kitang Naaalala, and Ryan Cayabyab and Fides Cuyugan-Asensio's Spoliarium. Korus is a guest in TV specials and concerts of the likes of Martin Nievera, Sharon Cuneta and Gary Valenciano.

In 2012, Korus joined three international competitions and triumphed in all of them. At the Festival Internacional de Musica de Cantonigros in Catalonia, Spain, Korus won First Prize in the Folk Category and Second Prize in the Mixed Category. Korus also won the Gold Diploma and Audience Prize at the 9th Cantemus International Festival in Nyiregyhaza, Hungary, and was chosen as one of the six best choirs at the prestigious IV International Harald Andersen Chamber Choir Competition in Helsinki, Finland—making the UP Concert Chorus the first Asian choir to ever make it that far.

Upon the group's return to the Philippines, the Aliw Awards Foundation feted Korus with its highest award, the 2012 Lifetime Achievement Award, which Korus received alongside icons Jose Mari Chan, Imelda Papin and Danny Dolor. Not too soon after, the National Commission for Culture and the Arts recognized Korus as one of the Ani ng Dangal 2013 awardees, an event graced by the Philippine President. 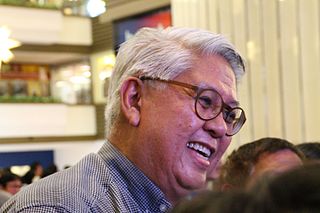 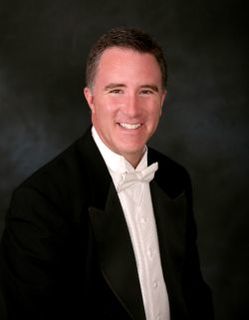 Brady Allred is an American conductor of choral and orchestral music who currently serves as the artistic director and conductor of the Salt Lake Choral Artists, a regional choir organization with five choirs with a total of approximately 350 singers. He is the father of Loren Allred of The Greatest Showman fame.

The HiMiG Singers are a choral group from Davao City in the Philippines. 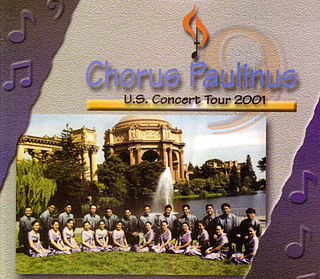 Boscorale is one of the all-male High School choirs in the Philippines. It is the resident choir of Don Bosco Technical Institute, Makati. Under the current supervision of Mr. Alvin B. Paulin, the subject area head of MAPEH at Don Bosco Makati and an active member of the Philippine Normal University(PNU) Chorale. From then on, the group started to make a name in the chorale scene. Over the years, Boscorale has entered a diversity of competitions and has entered international competitions, thus considering Boscorale as one of the best choirs in the metro since joining and winning various prestige competitions since their debut in 2005.

Ani ng Dangal or "Harvest of Honors" is an organizational award given by the National Commission for Culture and the Arts, an agency under the Office of the President of the Republic of the Philippines. It is an annual event in the Philippines celebrated as a highlight and concluding rite of the Philippine Arts Festival. 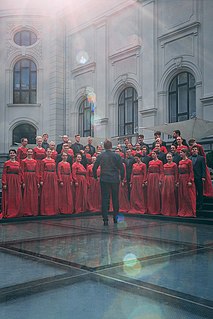 The Youth Choir BALSIS is a mixed youth choir in Riga, Latvia. The choir consists of some 50 young persons from Riga and other cities of Latvia who are permanent singers with the choir. The choir performs about 70 concerts every year in Latvian concert halls, churches and open-air venues.

Alegria Ocampo Ferrer is a Filipino soprano, professor, theater actress and a musical director who is awarded an Aliw Awards Hall of Fame in the category of Female Classical and included in the Cultural Center of the Philippines (CCP) Encyclopedia of the Arts. The Aliw Awards is given to recognize excellence in Filipino talents. The CCP Encyclopedia of the Arts contains information about culture and the arts in the Philippines.