Unmei no Shizuku ~Destiny's star~ (運命のしずく～Destiny's star～, lit. "Drop of Fate ~Destiny's star~") is the tenth single by the band Girl Next Door and released by Avex Trax on December 22, 2010. The song is used in the movie Ultraman Zero: The Revenge of Belial. 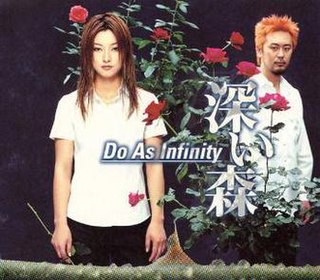 "Fukai Mori" is the tenth single by Do As Infinity, released on June 27, 2001. It is the band's best selling single in Japan. The song is used as the second ending theme for the anime Inuyasha. The accompanying music video for "Fukai Mori" was filmed in early 2001 at the Glücks Königreich theme park in Hokkaido, Japan.

Bleach: The Blade of Fate is a 2D fighting game that features the cast of characters from the Bleach anime and manga. The game features Nintendo's Wi-Fi Connection, allowing players to connect and play against players all over the world. The game modes include story mode, arcade mode, VS mode, training mode, challenge mode, and survival mode, time attack mode and Urahara shop. The game's theme song is "Ichirin no Hana" by High and Mighty Color. 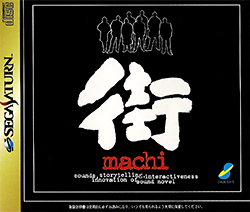 Machi is a visual novel and the third entry in the "Sound Novel Evolution" series created by Chunsoft for Sega Saturn. It was ported to PlayStation, and for PlayStation Portable as Machi: Unmei no Kousaten: Tokubetsuhen. 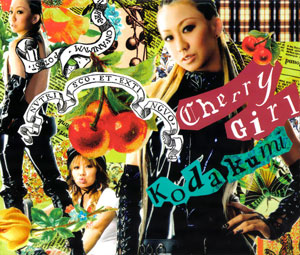 Cherry Girl / Unmei(運命 / Fate) is Koda Kumi's 34th single under the Rhythm Zone label. This was her last single released before the release of her 2006 album, Black Cherry. The single charted No. 2 on the Oricon charts.

marble is a Japanese musical duo, originally named The Student's and formed in 1999. The members, Micco and Tatsuya Kikuchi, met and became friends while they were both enrolled in music school. Kikuchi was the main musical support for Micco at that time, who was acting as a solo artist. As they got to know each other better, they decided that they could both make better music if they performed together, and formed The Student's. After getting signed to Warner Music Group's indie label in 1999, they had two releases, but got increasingly more involved in production for other artists and gradually did less and less of their own activities. However, the urge to write and perform their own music came back, and to commemorate this change in attitude, they resigned the company and renamed themselves 'marble' in 2003 and played shows with a backup band, but they split from the band in 2005, and Micco and Kikuchi continued their performances as a duo. 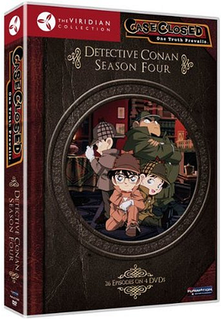 The fourth season of the Case Closed anime was directed by Kenji Kodama and produced by TMS Entertainment and Yomiuri Telecasting Corporation. The series is based on Gosho Aoyama's Case Closed manga series. In Japan, the series is titled Detective Conan but was changed due to legal issues with the title Detective Conan. The episodes' plot continues Jimmy Kudo's life as a young child named Conan Edogawa.

Dragon Ball Z Game Music is a series of soundtracks of various video games based on the popular anime Dragon Ball Z for the Famicom, Super Famicom, PlayStation, and Saturn consoles. They were produced from 1993 to 1996. Most, with some exceptions, were distributed by Forte Music Entertainment.

The fifth season of the Case Closed anime was directed by Kenji Kodama and Yasuichiro Yamamoto and produced by TMS Entertainment and Yomiuri Telecasting Corporation. The series is based on Gosho Aoyama's Case Closed manga series. In Japan, the series is titled Detective Conan but was changed due to legal issues with the title Detective Conan. The episodes' plot continues Jimmy Kudo's life as a young child named Conan Edogawa and introduces the character Ai Haibara/Vi Graythorn.

"This Is Unmei" is the fourth single by Japanese girl group Melon Kinenbi. It was used as the ending theme for TV Tokyo's show Mr. Marick's Magic Time. It was released on October 11, 2001, and its highest position on the Oricon weekly chart was #28.

Ultraman Zero THE MOVIE Super Decisive Battle! Belial Galactic Empire is a 2010 Japanese superhero film in the Ultra Series to celebrate the franchise's 45th anniversary. It serves as a sequel to Mega Monster Battle: Ultra Galaxy Legend The Movie. The catchphrases for the movie are "Kaiser Belial descent. Zero, fight with light!" and "This is our light!". 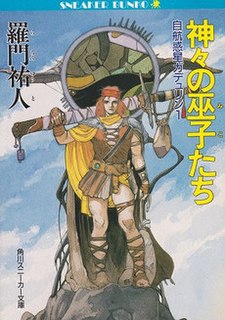 Jikō Wakusei Gdleen, known simply as Gdleen, is a Japanese science fiction light novel series written by Yuto Ramon and illustrated by Hitoshi Yoneda. The first novel in the series, subtitled Kamigami no Mikotachi, was published in September 1989 by Kadokawa Shoten under the Sneaker Bunko imprint. It was adapted into an original video animation and released in 1990.

Shiren the Wanderer: The Tower of Fortune and the Dice of Fate is a roguelike role-playing video game developed by Chunsoft. It is the fifth main entry in the Shiren the Wanderer series, which is a subset of the larger Mystery Dungeon series. It was originally released for the Nintendo DS in 2010 in Japan.

Misia Hoshizora no Live IX: Premium Live was a concert tour by Japanese singer Misia and the ninth installment of the Hoshizora Live concert series. The tour began on May 3, 2016 at Kawaguchiko Stellar Theater in Fujikawaguchiko, Yamanashi and concluded on July 15, 2016 at Orix Theater in Osaka, Osaka, comprising two legs and a total of eight shows.