Korom Pulleri Vadhayarillathu Unnikrishnan Namboothiri (19 October 1923 – 20 January 2021) was an Indian actor in Malayalam movies. [1] He mainly handled comedy roles and grandfather roles. His role as Dileep's grand father in the Malayalam movie Kalyanaraman was well noted. P. V. Kunhikrishnan, a judge of the Kerala High Court is his son [2] and the noted lyricist and music director Kaithapram Damodaran Namboothiri is his son-in-law. He died on 20 January 2021 at a private hospital in Kannur. [3]

Unnikrishnan Namboothiri was born in a brahmin family [4] on 19 October 1923 to Pulleri Vadhayarillathu Narayanan Namboothiri and Devaki Antharjanam at Korom, Payyanur. [5] He had five siblings.

He had his primary education from Payyanur Boys High School. He was married to Leela Antharjanam from Thekkumpurathu Mana in Cherpulassery in Palakkad district (died in 2009) and has 2 sons, Bhavadasan and Kunhikrishnan, and 2 daughters, Devi and Yamuna. His elder daughter, Devi, is married to Malayalam music director Kaithapram Damodaran Namboothiri. [6] He resided at Payyanur in Kannur district. [7] His son P. V. Kunhikrishnan, is a Judge of the Kerala High Court. His grandson Deepankuran is also a music director.

He debuted with the movie Desadanam in 1996. He played an important role in the film. The film won National award for best Regional film in the year 1997. His popular movies are Kalyanaraman , Desadanam , Mayamohini , Rappakal , Loudspeaker , Photographer , Pokkiri Raja , Madhuranombarakattu , Angene Oru Avadhikkalathu , Kaikudunna Nilavu and Kaliyattam . [8] He acted with Rajinikanth in Chandramukhi , teamed up with Kamal Haasan for Pammal K. Sambandam and worked with Ajith Kumar in Kandukondain Kandukondain . [9]

Unnikrishnan Namboothiri was diagnosed with pneumonia in January 2021. Following this, he was admitted to a private hospital in Payyanur and then at another hospital in Kannur. Later, he recovered from pneumonia but suffered fever and then got admitted again to hospital. He subsequently tested positive for COVID-19 during the COVID-19 pandemic in India and was admitted to the intensive care unit, where he died on 20 January, at age 97. [10] He was cremated with full state honours.

Payyanur, IPA: [pɐjːɐn̺ːuːɾ], is a municipal town and a taluk, a sub-district administrative unit, in the Kannur district of Kerala, India. On 10 March 2018, Kerala Chief Minister Pinarayi Vijayan inaugurated Payyanur as the fifth taluk in the district. Payyanur taluk comprises 22 villages including 16 de-linked from the Taliparamba taluk and six from the Kannur taluk. The town is situated on the banks of the Perumba River.

Vikram Dharma was an Indian action choreographer in the Tamil film industry in Indian cinema. He won the Filmfare Award for Best Action for Yuva. He was the son of fight master R. N. Nambiar who was known for his works in MGR's movies. He worked with actor Kamal Haasan in many films. His working name of "Vikram" was assigned to him once he became acted in Kamal Haasan's movie of the same name in 1986. Stunt masters and Actors like Ponnambalam, Thalapathy Dinesh, K. Ganesh Kumar, Ram Laxman, Anbariv, Mahanadi Shankar, Besant Ravi, Rajendran, T. Ramesh, Indian Baskar, Rajasekhar and Sai Dheena have worked as fighters and assistants to him. He died of a heart attack in early 2006. 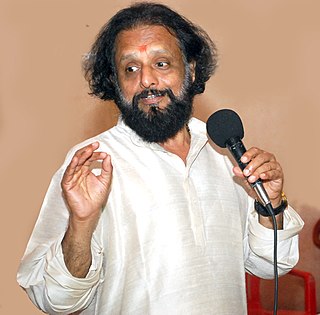 Padma Shri Kaithapram Damodaran Namboothiri, popularly known as Kaithapram, is a Malayalam lyricist, poet, music director, actor, singer, screenwriter, music therapist and performer of Carnatic music. He debuted with the movie Ennennum Kannettante in 1986. He won the Kerala State Film Award for Best Lyricist two times. Kaithapram is regarded as the most successful and critically acclaimed lyricist of contemporary Malayalam cinema. He was awarded India's fourth-highest civilian honor Padma Shri in 2021 by the Government of India for his contribution to the field of art.

Vishnunarayanan Namboothiri was an Indian writer and scholar of Malayalam literature. Known primarily for his poems, Namboothiri also contributed to other genres such as essays, translations and children's literature. Swathanthrathe Kurichu Oru Geetham, Bhoomigeethangal, Indiayenna Vikaaram and Charulata count among his notable works. The Government of India honored him with the fourth highest civilian award of the Padma Shri in 2014 and the Government of Kerala awarded him the Ezhuthachan Puraskaram, the highest literary award in Malayalam, the same year. He was also a recipient of Vayalar Award, Vallathol Award, Kerala Sahitya Akademi Award for Overall Contributions, Asan Prize, Sahitya Akademi Award and Odakkuzhal Award. 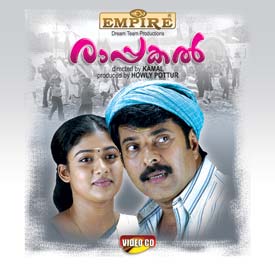 S. Krishnamoorthy professionally known as Madhan Bob, is an Indian actor and comedian, appearing in many Tamil films in supporting roles. Madhan Babu is known for his amusing facial expressions and cunning laughter. He appeared in the popular Sun TV comedy show Asatha Povathu Yaaru? as one of the judges. Madhan Bob ventured into the film industry by donning the role of a musician. 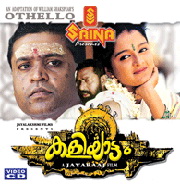 Kaliyattam is a 1997 Indian Malayalam-language tragedy film directed by Jayaraaj. It stars Suresh Gopi, Lal, Manju Warrier, and Biju Menon. The film is an adaptation of William Shakespeare's play Othello, set against the backdrop of the Theyyam performance of Kerala. Suresh Gopi plays Kannan Perumalayan, the equivalent to Othello. Lal plays Paniyan, the equivalent to Iago. Manju Warrier plays Thamara, the Desdemona version. And Biju Menon plays Kanthan, Cassio's role. Suresh Gopi's role as Kannan Perumalayan was critically acclaimed and it was considered one of his finest acting performances in his career.

Sallapam is a 1996 Malayalam-language film directed by Sundar Das and written by A. K. Lohithadas, starring Manoj K. Jayan, Manju Warrier and Dileep. The music was composed by Johnson. The film was remade in Telugu as Egire Paavurama.

Desadanam is a 1996 Indian Malayalam language feature film directed by Jayaraj. It won the National Film Award for Best Feature Film in Malayalam. 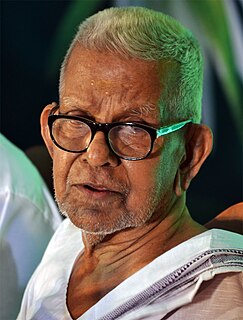 Akkitham Achuthan Namboothiri, popularly known as Akkitham, was an Indian poet and essayist who wrote in Malayalam. He was known for a simple and lucid style of writing, exploring themes of profound love and compassion in his works. Some of his prominent works included Irupatham Noottandinte Ithihasam, Balidarshanam , and Nimisha Kshetram.

Kalyanaraman is a 2002 Indian Malayalam-language romantic comedy film directed by Shafi and written by Benny P. Nayarambalam, starring Dileep, Navya Nair and Kunchacko Boban. The plot follows Ramankutty and family who runs a catering service and the events that follows after they take the work of Ambattu Thampi's daughter's wedding. The music was composed by Berny-Ignatius. The film was a blockbuster and developed a cult fan following, especially the character Ponjikkara played by Innocent. The film was remade in Telugu as Kalyana Ramudu (2003).

Aryan is a 1988 Indian Malayalam-language action crime film directed by Priyadarshan and written by T. Damodaran. The film stars Mohanlal, Ramya Krishnan, Sharat Saxena, Shobana, Sreenivasan, Gavin Packard, M. G. Soman and Goga Kapoor. It was produced by Mohanlal and Century Kochumon through the company Cheers Films. Aryan tells the tale of an underworld battle and family bonds through Devanarayanan who arrives in Bombay with nothing and rises to become a gangster in a powerful crime gang.

Kaithapram Vishwanathan Namboothiri was an Indian musician and music director. He was awarded Kerala State Film Award for Best Background Music in 2001 for his background music for Kannaki. 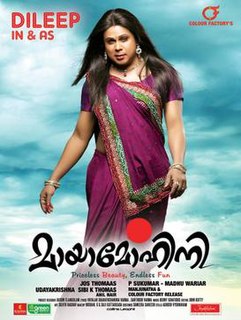 Mayamohini is a 2012 Indian Malayalam comedy film directed by Jose Thomas and written by Udayakrishna and Siby K. Thomas, starring Dileep in the lead role with Biju Menon, Lakshmi Rai, Baburaj, Mythili and Spadikam George in supporting roles. The film was the highest grossing Malayalam film of the year. The movie was remade in Kannada as Jai Lalitha. 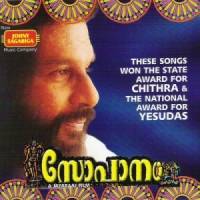 Kasivishwanathan is an Indian film editor, who has worked on Tamil, Kannada and Malayalam language films.

Deepankuran Kannadimana, popularly known as Deepankuran Kaithapram, is an Indian musician who has often composed tunes for Mollywood projects. He is the son of popular malayalam lyricist and musician Kaithapram Damodaran Namboothiri.He is also the Grandson of Unnikrishnan Namboothiri who is a noted actor in Malayalam movies.