The first Uno's was established in 1943 by former University of Texas football star Ike Sewell and his friend, former World War II G.I. Ric Riccardo, in the River North neighborhood of Chicago, Illinois. [1] Sewell originally intended to open a Mexican restaurant because "there wasn't a really decent Mexican restaurant in Chicago then." [2]

While Sewell and Riccardo are known as the owners of the original restaurant, a 1956 article from the Chicago Daily News asserts that the original deep-dish pizza recipe was created by chef Rudy Malnati Sr., the father of Lou Malnati. [ citation needed ] Pizzeria Uno claims to have originated the deep dish pizza.

Sewell opened two additional restaurants in response to Pizzeria Uno's popularity. Pizzeria Due opened one block north of the original Pizzeria Uno location in 1955 (Uno and Due are Italian for one and two). This was followed by the launch of Su Casa, an upscale Mexican restaurant, in 1965. Su Casa is located adjacent to Pizzeria Due. [3]

Ike Sewell first franchised the name and concept of the restaurant to the Uno Restaurant Holdings Corporation in 1978 in the Boston area. [4] Beginning with four restaurants in Massachusetts, the chain rapidly expanded over the next decade. After Ike Sewell's death in 1990, his widow Florence sold the original properties (Uno, Due, and Su Casa) to the Boston-based corporation. CEO Aaron Spencer promised not to tamper with pizza at the original locations. [5] The restaurant chain does not have a major presence in the Chicago Metropolitan Area, with only the original Uno, Due, and Su Casa restaurants in River North. As of July 2017, Massachusetts, with 23, had the most Uno restaurants. [6]

The company began franchising in 1980. [7] As of July 2017 [update] the company has 102 Uno Pizzeria & Grill restaurants located in 21 U.S. states plus one in the District of Columbia. Some regions have been more favorable to Uno than others. The East Coast/Midwest region continues to see growth. However, despite an aggressive push into the Southern and Western markets in the 1990s, those gains were greatly reduced as many locations closed. Franchises are also located in Honduras, South Korea, Saudi Arabia, United Arab Emirates. [6] and Kolkata (India).

In addition to the traditional Uno restaurants, Uno offers a limited menu (mostly its pizzas) at stadiums, service plazas, and airports. Uno-branded pizzas, both thin-crust and deep-dish, are available in both fresh and frozen forms in many US supermarkets.

Starting in 1994, [9] Uno's broadened its menu to encompass other dishes. Uno's kitchens were updated, adding sauté stations, grills, and fryers, and the company invested heavily in training. [1] [9]

In 1996, the franchise's beverage list was expanded, and by 1999 so was the portion size, reflecting a trend seen in the industry where customers are buying fewer but larger drinks. [9] New locations were larger and featured a "Chicago warehouse" look. [1] [9]

The menu, updated again in 2005, still includes several of the restaurant's traditional specialties, particularly its deep dish pizza. [1] In the tradition of Chicago's speakeasies, more attention is paid to the bar. Uno's drink list features a dozen wines and a number of specialty drinks, including frozen, mixed and nonalcoholic options. [1]

The expanded menu and format changes were not made at the company's original Chicago locations (Pizzeria Uno and Pizzeria Due). [10]

Uno Restaurant Holdings Corp. closed 16 of its restaurants and filed for Chapter 11 protection on January 20, 2010. [11] [12] The company's initial stated intention at the time of the bankruptcy filing was to convert $142 million of Senior Secured Notes due 2011 into the new equity of the company after emergence from Chapter 11. [13] It emerged from bankruptcy on July 26, 2010, after restructuring to eliminate $14.2 million in annual interest payments and reduce total debt from $176.3 million to $40 million. [14]

The company launched a fast casual spinoff, called Uno Due Go, in 2008. The spinoff has since closed all locations as of 2020 with the Boston location closing due to a downturn in business due to COVID-19. [15] The new restaurant chain featured pizza, sandwiches, salads, and bakery items. [16] There were four locations as of April 15, 2016, mostly in airports and universities, with one in downtown Boston, [17] compared to more than 140 locations for the traditional Pizzeria Uno restaurants. [18] 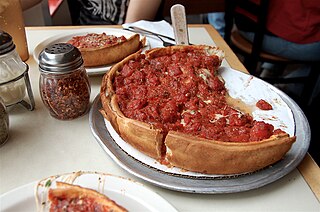 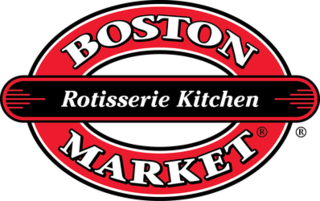 Boston Market Corporation, known as Boston Chicken until 1995, is an American fast casual restaurant chain headquartered in Golden, Colorado. It is owned by the Rohan Group.

BJ's Restaurants, Inc. is an American restaurant chain, headquartered in Huntington Beach, California. Some locations feature microbreweries that supply beer to other locations in the chain. The chain operates under the names BJ's Restaurant & Brewery, BJ's Restaurant & Brewhouse, BJ's Grill, and BJ's Pizza & Grill. BJ's menu features pizza, its own handcrafted beers, as well as a selection of appetizers, entrees, pastas, sandwiches, specialty salads and desserts. It is not related to BJ's Wholesale Club. 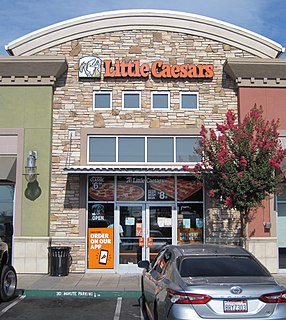 Little Caesar Enterprises Inc. is an American pizza chain. Based on 2020 statistics, Little Caesars is the third-largest pizza chain by total sales in the United States, behind Pizza Hut and Domino's Pizza. It operates and franchises pizza restaurants in the United States and internationally in Asia, the Middle East, Canada, Latin America and the Caribbean. The company was founded in 1959 and is based in Detroit, Michigan, headquartered in the Fox Theatre building in Downtown Detroit. Little Caesar Enterprises, Inc. is an Ilitch Holdings–owned company.

Bertucci's is an American chain of restaurants offering pizza and Italian food. It also offers delivery, take-out and private dining. Bertucci's was founded by Joey Crugnale in Davis Square, Somerville, Massachusetts, in 1981. The company expanded rapidly during the 1990s. Bertucci's locations are primarily found in the Northeast, but range as far south as Virginia. N.E. Restaurant Co. Inc. bought out Bertucci's in 1998, adopting the Bertucci's Co. name in 2001. 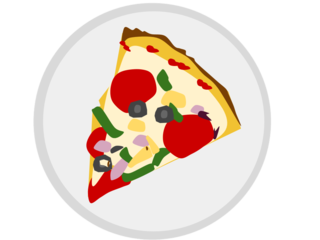 Gino's East is a Chicago-based restaurant chain specializing in Deep Dish pizza. Two cab drivers opened the original location in 1966. Gino's East has locations across the United States, and pizzas are also available in grocery stores and online.

Villa Restaurant Group is a privately owned, multi-concept quick service restaurant (QSR) franchisor with over 330 franchised and corporate locations in 38 US states and six countries. The company was founded in 1964 by Michele Scotto as a pizzeria called Villa Pizza, located next to the original Ed Sullivan Theater on Broadway in New York City.

Regina Pizzeria, also known as Pizzeria Regina, and originally called Regina Pizza, is a regional pizza chain in New England. The company was founded in 1926 by Luigi D'Auria in Boston's North End neighborhood. It has been run by the Polcari family since 1956. The chain is a part of Boston Restaurant Associates and is headquartered in Woburn, Massachusetts.

Issac "Ike" Sewell was an American athlete, businessman, entrepreneur, and founder of the Uno Chicago Grill restaurant chain that originated in Chicago, Illinois, as well as founder of the Pizzeria Uno and Pizzeria Due restaurants there in 1943 and 1955, respectively. Sewell started as an All-Southwestern Conference guard as a player on the Texas Longhorn football teams from 1926 to 1929.

Chicago Pizza and Oven Grinder Company is a restaurant located in Chicago, Illinois. The restaurant was founded in 1972, and specializes in a signature dish called the "pizza pot pie." It enjoys local popularity and has appeared in many publications and television shows.

Pieology Pizzeria is a Tustin, California-based pizza chain within the fast-casual dining restaurants category. Founded in 2011 by Carl Chang, the brother of former tennis player Michael Chang, Pieology's mission is to "turn one of America's favorite food into an affordable and interactive experience". Pieology's main rivals are Blaze Pizza and MOD Pizza. By October 2018, Pieology had a single unit in Mexico plus approximately 140 units in 23 American states and territories with more than half of those restaurants located in the state of California.