It was announced in April 2019 that HBO had ordered a pilot of the series, which was written by Jim Hecht and Max Borenstein and Adam McKay set to direct. [21] In December, HBO officially greenlit a series order. [8]

In August 2019, Jason Clarke and Michael Shannon were cast to portray Jerry West and Jerry Buss respectively. [2] [22] However the next month Shannon would exit due to creative differences, and would be recast with John C. Reilly, [1] with Quincy Isaiah and Solomon Hughes cast to play Magic Johnson and Kareem Abdul Jabbar. [3] DeVaughn Nixon was added to portray his father Norm Nixon. [5]

Principal photography began in Los Angeles on April 12, 2021, and is scheduled to conclude on October 31. [25]

DMZ is an upcoming American dystopian streaming television miniseries, based on the comic book series of the same name by Brian Wood and Riccardo Burchielli, set to premiere on HBO Max.

City on a Hill is an American crime drama series created by Charlie MacLean, based on a story by Ben Affleck and MacLean. The series stars Kevin Bacon, Aldis Hodge, Amanda Clayton, Cathy Moriarty, Kevin Dunn, and Jill Hennessy. The series premiered on June 7, 2019 (online) and June 16, 2019 (Showtime). On August 2, 2019, Showtime renewed the series for a second season, which premiered on March 28, 2021. On June 2, 2021, the series was renewed for a third season.

The Flight Attendant is an American comedy-drama streaming television series based on the 2018 novel of the same name by Chris Bohjalian. It stars Kaley Cuoco in the title role and premiered on HBO Max on November 26, 2020. In December 2020, the series was renewed for a second season. The second season is scheduled to premiere in the spring of 2022. 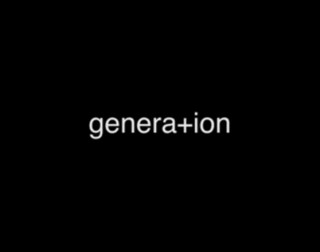 Generation is an American dramedy television series that premiered on HBO Max on March 11, 2021.

Head of the Class upcoming American comedy television series created by Bill Lawrence, Amy Pocha and Seth Cohen that is set to premiere on the streaming service HBO Max in November 2021. It is based on Michael Elias and Richard Eustis' Head of the Class.

La Brea is an upcoming American drama television series created by David Appelbaum that is set to premiere on NBC on September 28, 2021.

The Man Who Fell to Earth is an upcoming American science fiction television series developed by Alex Kurtzman and Jenny Lumet, based on the 1963 novel of the same name by Walter Tevis. It is expected to debut on Showtime in 2022. 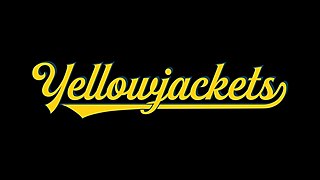 Yellowjackets is an upcoming American-Canadian coming-of-age drama television series created and executive produced by Ashley Lyle and Bart Nickerson for Showtime. It stars Sophie Nélisse, Jasmin Savoy Brown, Sophie Thatcher, and Sammi Hanratty as four teenagers involved in a plane crash, with Melanie Lynskey, Tawny Cypress, Christina Ricci, and Juliette Lewis portraying their adult counterparts as they reveal the truth about their survival 25 years later. The series is scheduled to premiere on November 14, 2021.

American Gigolo is an upcoming American drama television series created by David Hollander, based on the 1980 film of the same name written and directed by Paul Schrader. The series stars Jon Bernthal as Julian Kaye, the main protagonist of the original film, alongside Gretchen Mol, Rosie O'Donnell, Lizzie Brocheré, Gabriel LaBelle, and Leland Orser, and is set to premiere on Showtime.