Untold or The Untold may refer to:

The Untold is a 2002 adventure horror film independently produced in Canada written and directed by Jonas Quastel. The film is known under several different titles depending on the date and location of its release, with it being known as Sasquatch for English versions such as the Canadian DVD release and airings on the SyFy Channel along with being known as Sasquatch: la créature de la forêt in France. It was first released in France at the Cannes Film Festival in May 2002. It was released on March 11, 2003 in Canada and the United States.

Terri Ivens is an American actress and author. Ivens is best known for her portrayal of Simone Torres on All My Children — a role she originated in October 2001 and portrayed until December 2006, and briefly in 2007.

Jennifer Rubin is an American actress, former model and currently working as a writer/producer/director. A competitive swimmer during her youth, Rubin was discovered by the Ford Modeling Agency and went on to model for Calvin Klein and became Ford International Model of the Year in 1984. She made her film debut as Taryn White in the 1987 horror film A Nightmare on Elm Street 3: Dream Warriors and has since starred in a variety of films including Andrew Fleming's Bad Dreams (1988), Marisa Silver's Permanent Record (1988), Oliver Stone's The Doors (1991), Alan Shapiro's The Crush (1993), Louis Venosta's The Coriolis Effect (1994), Christian Duguay's Screamers (1995), and the 2001 Dogme 95 inspired film Reunion. Outside of film, Rubin has guest starred on a variety of television series such as The Twilight Zone (1987) and Tales from the Crypt (1992). In 2010, Rubin appeared as herself in the documentary Never Sleep Again: The Elm Street Legacy and has since been also working as a writer, producer & director on her original screenplays.

Untold aka Jack Dunning, is an electronic producer from London. He released his first solo record on Hessle Audio in 2008 and has since released on R&S Records, Soul Jazz, Clone Records and more. He released his debut album 'Black Light Spiral' on his own label, Hemlock Recordings in February 2014

Live Forever is the sixth studio album by Matthew West, released on April 28, 2015 through Sparrow Records alongside Capitol Christian Music Group. Three singles were officially released off the album including "Day One", "Grace Wins", and "Mended".

Atrium Carceri is a Swedish musical project by Simon Heath, initially released by industrial record label Cold Meat Industry. Twelve full-length albums have been released so far, as well as ten collaboration albums together with other artists of the genre. In 2011 Atrium Carceri left Cold Meat Industry and started the Dark Ambient label Cryo Chamber. Simon Heath also released ten albums under the name of his side project Sabled Sun.

Matthew may refer to:

Spandau Ballet are an English band formed in Islington, London, in 1979. Inspired by the capital's post-punk dance underground scene, they emerged at the start of the 1980s as the groundbreaking house band for the Blitz Kids playing "White European Dance Music" as "the applause" for this new club culture's audience.

Black bear may refer to:

Donald Hugh Henley is an American musician, singer, songwriter, record producer and founding member of the Eagles. He was the drummer and co-lead vocalist for the Eagles from 1971 to 1980, when the band broke up, and from 1994 to 2016, when they reunited. Following a year-long break due to Eagles founder Glenn Frey's death, Henley reformed the band in summer 2017 for the Classic West and Classic East rock festivals, hiring Vince Gill and Deacon Frey to replace Glenn. Henley has been the only constant member of the band since its formation. Henley sang the lead vocals on Eagles hits such as "Witchy Woman", "Desperado", "Best of My Love", "One of These Nights", "Hotel California", "Life in the Fast Lane", "The Long Run" and "Get Over It".

Kanye Omari West is an American rapper, singer, songwriter, record producer, entrepreneur and fashion designer. His musical career has been marked by dramatic changes in styles, incorporating an eclectic range of influences including soul, baroque pop, electro, indie rock, synth-pop, industrial and gospel. Over the course of his career, West has been responsible for cultural movements and progressions within mainstream hip hop and popular music at large. 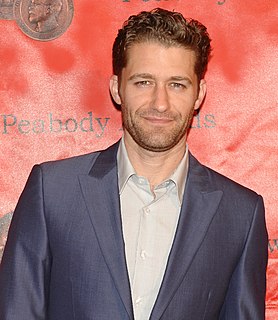 Matthew James Morrison is an American actor, dancer, and singer-songwriter. Morrison is known for starring in multiple Broadway and Off-Broadway productions, including his portrayal of Link Larkin in Hairspray on Broadway, and for his role as Will Schuester on the Fox television show Glee (2009–2015). Morrison is signed with Adam Levine's 222 Records and received a Tony Award nomination for his featured role as Fabrizio Nacarelli in the musical The Light in the Piazza. From March 2015 to January 2016, Morrison starred in the lead role of J.M. Barrie in the Broadway production of Finding Neverland. 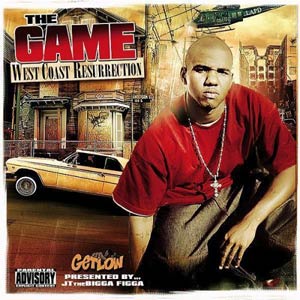 West Coast Resurrection is the second independent studio album by American rapper The Game. It was released independently on March 29, 2005, for Get Low Recordz and was produced by JT the Bigga Figga, Sean T and G-Man Stan. The album was even more successful than his previous independent release, Untold Story, peaking at #53 on the Billboard 200, #24 on the Top R&B/Hip-Hop Albums, #2 on the Independent Albums and #53 on the Billboard Comprehensive Albums.

Matthew Wilder is an American singer, songwriter, and record producer. In early 1984, his single "Break My Stride" hit #2 on the Cash Box chart and #5 on the Billboard Hot 100.

Robert Hart is a British rock vocalist and songwriter. He is currently the lead singer of Manfred Mann's Earth Band and the band Diesel. He has performed as a solo artist, and with The Distance and also with former Whitesnake members in the band called Company of Snakes and with Bad Company. He also fronted The Jones Gang, a rock group formed by Hart, Rick Wills and Kenney Jones. He now performs as a solo artist as well as touring with his own band XBad Company, with Dave "Bucket" Colwell and Garry "Harry" James. He was the first English writer to be signed to Disney owned Hollywood Records. He has also written several Number 1 hits, and written a number of songs for film soundtracks, whilst being signed to Roy Orbison's Still Working Music, Disney's Hollywood Records, and Island Records. 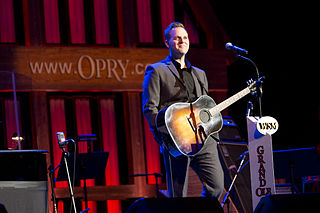 Matthew Joseph West is an American contemporary Christian musician, singer-songwriter, and actor. He has released five studio albums and is known for his songs, "More", "You Are Everything", and "The Motions". He was nominated for five Dove Awards in 2005, two of which were for his major label debut album, Happy. West won the 2013 American Music Award for Best Contemporary Inspirational Artist. 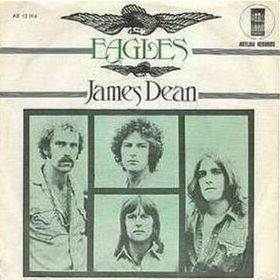 "James Dean" is a song written by Don Henley, Glenn Frey, Jackson Browne, and J. D. Souther, and recorded by the American rock band Eagles for their 1974 album On the Border. It was the second single released from this album, reaching number 77 on the U.S. pop singles chart.

History is the second studio album released by American CCM musician Matthew West. The album was released on Universal South Records on June 21, 2005. While the entire album was produced by Kenny Greenberg and Jason Houser, six of the tracks were written solely by West and the other five he co-wrote with the album's producers and others. Three radio singles were released off the album: "Next Thing You Know", "Only Grace", and "History".

Untold Truths is the debut country album from actor-turned-singer Kevin Costner & Modern West. The album was released on November 11, 2008 on Universal South Records. The album reached #61 on the U.S. Billboard Top Country Albums, and #35 on the U.S. Top Heatseekers charts. 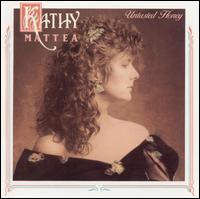 Untasted Honey is the fourth studio album by American country music artist Kathy Mattea. It was released in 1987 on Mercury Records. The album produced Mattea's first Number One hit on the Billboard country charts in its lead-off single "Goin' Gone". Following this song was another Number One hit, "Eighteen Wheels and a Dozen Roses", then "Untold Stories" and "Life as We Knew It", both of which reached #4. "The Battle Hymn of Love" was later released as a single from Mattea's 1990 album A Collection of Hits. Like Walk the Way the Wind Blows before it, this album includes a cut originally found on Nanci Griffith's 1986 album The Last of the True Believers, this time in the track "Goin' Gone". Untasted Honey was certified gold by the RIAA. 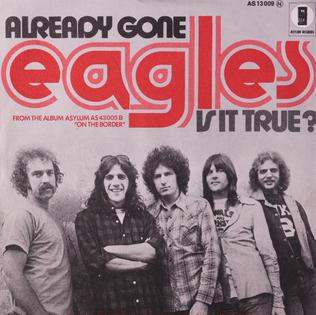 "Already Gone" is a song recorded by the American rock band the Eagles for their 1974 album On the Border. It was written by Jack Tempchin and Robb Strandlund and produced by Bill Szymczyk.

Words Untold & Dreams Unlived is the first full-length studio album by symphonic metal band Serenity released on April 27, 2007, in Europe and on May 8 in North America, followed by releases in Russia, Japan and south-eastern Asia. The album was released under Napalm Records and produced by Jan Vacik and Oliver Philipps at Dreamsound Studios in Munich. 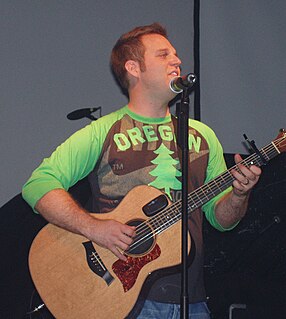 Etrian Odyssey is a dungeon crawler role-playing video game series. It is primarily developed and published by Atlus and currently owned by Sega. By 2016, the series had sold a combined total of 1.5 million copies worldwide.