Last updated May 08, 2022
State of Austria
State in Austria

listen ); Bavarian : Obaöstareich) is one of the nine states or Länder of Austria. Its capital is Linz. Upper Austria borders on Germany and the Czech Republic, as well as on the other Austrian states of Lower Austria, Styria, and Salzburg. With an area of 11,982 km2 (4,626 sq mi) and 1.49 million inhabitants, Upper Austria is the fourth-largest Austrian state by land area and the third-largest by population.

For a long period of the Middle Ages, much of what would become Upper Austria constituted Traungau, a region of the Duchy of Bavaria. In the mid-13th century, it became known as the Principality above the Enns River (Fürstentum ob der Enns), this name being first recorded in 1264. (At the time, the term "Upper Austria" also included Tyrol and various scattered Habsburg possessions in South Germany.)

In 1490, the area was given a measure of independence within the Holy Roman Empire, with the status of a principality. By 1550, there was a Protestant majority. In 1564, Upper Austria, together with Lower Austria and the Bohemian territories, fell under Holy Roman Emperor Maximilian II.

At the start of the 17th century, the counter-reformation was instituted under Emperor Rudolf II and his successor Matthias. After a military campaign, the area was under the control of Bavaria for some years in the early 17th century.

The Innviertel was ceded from the Electorate of Bavaria to Upper Austria in the Treaty of Teschen in 1779. During the Napoleonic Wars, Upper Austria was occupied by the French army on more than one occasion.

In 1918, after the collapse of Austria-Hungary, the name Oberösterreich was used to describe the province of the new Austria. After Austria was annexed by Adolf Hitler, the Nazi dictator, who had been born in the Upper Austrian town of Braunau am Inn and raised in Upper Austria, Upper Austria became Reichsgau Oberdonau, although this also included the southern part of the Sudetenland, annexed from Czechoslovakia, and a small part of Styria. In 1945, Upper Austria was partitioned between the American zone to the south and the Soviet zone to the north.

Today, Upper Austria is Austria's leading industrial region. As of 2009, it accounted for approximately a quarter of the country's exports. [2]

The majority of Upper Austrians are Christian: in 2001, 79.4% of the people still belonged to the Roman Catholic Church, about 4.4% were members of the Evangelical Lutheran Church, 4.0% where Muslims and 8.8% were of no confession. [4] By the end of 2020, the proportion of Catholics [5] had fallen to 62%, while the corresponding proportion of Protestants was about 3.1% of the Upper Austrian population.

The historical population is given in the following chart: Like Styria, Upper Austria is a swing state that usually has a signal character in nationwide elections. The conservative Austrian People's Party dominates in rural areas, the Social Democratic Party of Austria has its strongholds in the cities of Linz, Wels and Steyr or in the Attnang-Puchheim railroad junction, but the right-wing populist Freedom Party of Austria has also traditionally had a strong presence, for example in the Innviertel. Administratively, the state is divided into 15 districts ( Bezirke ), three Statutarstädte and 442 municipalities. 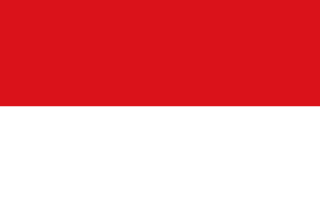 Salzburg is a state (Land) of the modern Republic of Austria. It is officially named Land Salzburg to distinguish it from its eponymous capital — the city of Salzburg. For centuries, it was an independent Prince-Bishopric of the Holy Roman Empire. 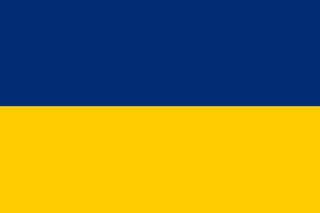 Lower Austria is one of the nine states of Austria, located in the northeastern corner of the country. Since 1986, the capital of Lower Austria has been Sankt Pölten, replacing Vienna which became a separate state in 1921. With a land area of 19,186 km2 (7,408 sq mi) and a population of 1.685 million people, Lower Austria is the second most populous federal state. Other large cities are Amstetten, Klosterneuburg, Krems an der Donau, Stockerau and Wiener Neustadt.

Braunau am Inn is a town in Upper Austria on the border with Germany. It is known for being the birthplace of Nazi dictator Adolf Hitler. 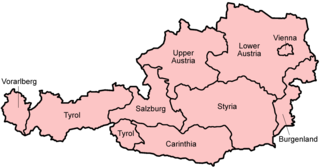 Austria is a federal republic made up of nine states. Since Land is also the German word for "country", the term Bundesländer is often used instead to avoid ambiguity. The Constitution of Austria uses both terms. Austrian states can pass laws that stay within the limits of the constitution, and each state has representatives in the main Austrian parliament.

Styria is a state (Bundesland) in the southeast of Austria. With an area of 16,401 km2 (6,332 sq mi), Styria is the second largest state of Austria, after Lower Austria. Styria is bordered to the south by Slovenia, and clockwise, from the southwest, by the Austrian states of Carinthia, Salzburg, Upper Austria, Lower Austria, and Burgenland. The state capital is Graz. 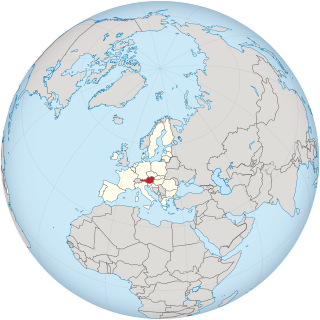 Steyr is a statutory city, located in the Austrian federal state of Upper Austria. It is the administrative capital, though not part of Steyr-Land District. Steyr is Austria's 12th most populated town and the 3rd largest town in Upper Austria.

The Enns is a southern tributary of the river Danube, joining northward at Enns, Austria. The Enns spans 253 kilometres (157 mi), in a flat-J-shape. It flows from its source near the village Flachau, generally eastward through Radstadt, Schladming, and Liezen, then turns north near Hieflau, to flow past Weyer and Ternberg through Steyr, and further north to the Danube at Enns.

Enns is a town in the Austrian state of Upper Austria on the river Enns, which forms the border with the state of Lower Austria. 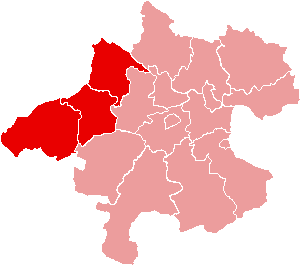 Ried im Innkreis is a town in the Austrian state of Upper Austria, approximately 70 km (43 mi) west of Linz and 60 km (37 mi) north of Salzburg. It is the capital of the district of Ried im Innkreis, and it serves as the administrative centre for the Innviertel region.

The Traunviertel is an Austrian region belonging to the state of Upper Austria: it is one of four "quarters" of Upper Austria the others being Hausruckviertel, Mühlviertel, and Innviertel. Its name refers to the river Traun which passes through the area.

The Mühlviertel is an Austrian region belonging to the state of Upper Austria: it is one of four "quarters" of Upper Austria, the others being Hausruckviertel, Traunviertel, and Innviertel. It is named after the three rivers Große Mühl,Kleine Mühl, and Steinerne Mühl.

The Nomenclature of Territorial Units for Statistics (NUTS) is a geocode standard for referencing the subdivisions of Austria for statistical purposes. The standard is developed and regulated by the European Union. The NUTS standard is instrumental in delivering the European Union's Structural Funds. The NUTS code for Austria is AT and a hierarchy of three levels is established by Eurostat. Below these is a further levels of geographic organisation - the local administrative unit (LAU). In Austria, the LAU 2 is municipalities.

Maria Schmolln is a municipality in the district of Braunau am Inn of the Austrian state of Upper Austria state. The community is mainly known as an important pilgrimage destination among rural Innviertel. The name comes from its location on the “Schmollner Berg”, literally small mountain.

Sankt Radegund, abbreviated St. Radegund, is a municipality in the district of Braunau am Inn in the Austrian state of Upper Austria, named after Saint Radegund. It is situated at the western rim of the Innviertel region, where the Salzach river forms the border to the German state of Bavaria. 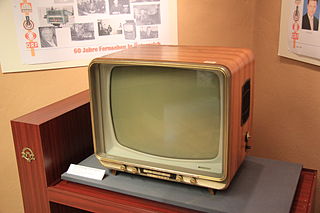 The Peasants' War in Upper Austria was a rebellion led by farmers in 1626 whose goal was to free Upper Austria from Bavarian rule. The motive was an escalation of the Bavarian Electorate's attempt to press the country into the Catholic faith at the time of the Thirty Years' War.