Upson House may refer to:

in the United States (by state)

This is a list of the National Register of Historic Places listings in Sacramento County, California.

This is a list of properties and districts in Clarke County, Georgia that are listed on the National Register of Historic Places (NRHP).

The Pearl Upson House, at 937 Jones St. in Reno, Nevada, United States, is a historic, two-story, red brick, simplified-Queen Anne-style house that was built in 1902. Also known as the Arrizabalaga House, it was listed on the National Register of Historic Places in 2003.

Fairview may refer to:

The California State Capitol is home to the government of the U.S. state of California. The building houses the bicameral state legislature and the office of the governor. The grounds of the capitol form the Capitol Park.

Travelers Rest, or Traveller's Rest, et cetera, may refer to: 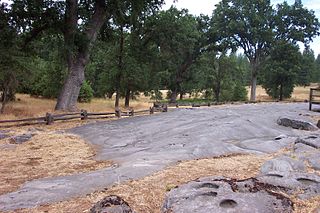 Stone House or Stonehouse may refer to:

Hubbard House may refer to:

The Bridgeport Covered Bridge is located in Bridgeport, Nevada County, California, southwest of French Corral and north of Lake Wildwood. It is used as a pedestrian crossing over the South Yuba River. The bridge was built in 1862 by David John Wood. Its lumber came from Plum Valley in Sierra County, California. The bridge was closed to vehicular traffic in 1972 and pedestrian traffic in 2011 due to deferred maintenance and "structural problems".

The Big Four House is a historic 19th-century building in Downtown Sacramento, California. It is now located within Old Sacramento State Historic Park and the Old Sacramento National Historic District.

Mills House may refer to:

Federal Building and Post Office, and variations such as prefixed by Old, may refer to:

Winters House is a historic house in Sacramento, California. It is a Victorian era Stick/Eastlake Queen Anne style wooden residence built in 1890 by businessman Herman Winters.

Slocum House may refer to:

The Brewster House is in Galt, California. It is a wooden Victorian Italianate style house built in 1869.

Upson County Courthouse is a historic courthouse in Thomaston, Georgia, the county seat of Upson County, Georgia. It was built in 1908 at a cost of $50,000 in the Neoclassical style. It uses cream-colored brick and has Ionic brick columns with high bases. It has a three-stage clock tower. Segmental arched windows alternate with rectulangular ones.