Urbana High School (UHS) is a public high school in Urbana, Ohio, United States, serving students in grades nine through 12. It is the only high school in the Urbana City School District and had a student enrollment of 509 in 2015–16. [4] Athletic teams are known as the Hillclimbers and the school colors are maroon and white. UHS was rated as Excellent by the Ohio Department of Education in 2011 and 2012.

After creation of the district on April 28, 1849, [5] the original high school building was constructed in 1874 with approved local bonds of initially $60,000, and later increased by $20,000. The last of these bonds were paid off in 1896, and unfortunately this building burnt down due to an unexplained fire on December 12, 1896. The flames from the fire were bright enough to be seen from Piqua, St. Paris, Springfield, and West Liberty. Insurance on the building, totaling $20,000 by the district, [6] [7] allowed for a new high school to be built on the same location as the original building. Construction was completed in the fall of 1897, and the building was designed to resemble a castle on top of the city's highest point, [8] which became commonly referred to as "The Castle".

An addition of a junior high building attached to the north end of the high school building was completed in 1930, with the castle then named the "William McK. Vance Building". On December 12, 1930, exactly 34 years after the original building had been destroyed in a fire, the high school building caught fire again. While the castle burned, the newly adjoined building was spared due to the implementation of fire-proof construction. [9] [10] The origin of this fire was also unknown, but the castle was immediately remodeled, and continued to function as class space for the Urbana Junior High School until April 2018. Further additions to the original buildings have been made over the years, with the most recent of these permanent additions completed in the mid 1950s. [11]

Urbana High School features a variety of extracurricular activities. Within the music department, students can participate in concert band and choir, marching band, show choir, the annual musical, pep band, and jazz band. For leadership and community service experience, the Castle Chapter of the National Honor Society provides a number of community and school-wide outreach events each year, with only a select number of student admitted into the chapter during a student's junior and senior year. Students each spring also elect their respective classmates into positions on the Urbana High School Student Council. Other chapters and groups include a Future Farmers of America (FFA) chapter, Family, Career and Community Leaders of America (FCCLA), and DECA.

Columbus Academy is a selective, independent college-preparatory school for students from pre-kindergarten to twelfth grade. The school is located on a large, secluded campus surrounded by wooded areas in Gahanna, Ohio in the United States, 8 miles from downtown Columbus. The Academy was founded in 1911 by J. L. Hamill in Bexley, Ohio and moved to its current campus in 1968. Originally an all-boys school, it became coeducational in 1991 when the Board of Trustees decided to admit girls. From its conception, the school expanded over time to a matriculation level of 1,000 students. Columbus Academy students and alumni often refer to the school as "Academy".

Princeton High School is a public, co-educational high school in Sharonville, Ohio, United States. The school is a part of the Princeton City School District.

Oak Hills High School is a four-year public secondary school located in Bridgetown, Ohio, with a mailing address of Cincinnati. Oak Hills often is referred to as "OHHS" by its students and faculty. It is run by the Oak Hills Local School District.

Turpin High School is a public high school in Cincinnati, Ohio, United States that serves grades nine through twelve. The school is part of the Forest Hills Local School District and serves the suburb of Anderson Township; admission is based primarily on the location of a student's home. Turpin is accredited by the Ohio Department of Education and the North Central Association of Secondary Schools and Colleges. Turpin is a member of the Ohio Association of College Admissions Counselors and of the National Association of College Admissions Counselors. Turpin has a strong history of academic achievement, and placed in the top 5 high schools in the state of Ohio on the recently released state report card, as well as in Newsweek's list of top 500 high schools in the nation.

The Summit Country Day School is a private, Roman Catholic, PreK–12 school located in Cincinnati, Ohio. As of 2015, 153 students are enrolled in the Montessori preschool, 459 in the primary and middle schools, and 398 in the upper school division. As of 2017, 402 are enrolled in the upper school. Although located within the Archdiocese of Cincinnati, the school is run by the board of trustees.

St. Edward High School is a boys, private, Roman Catholic high school in Lakewood, Ohio, United States. It was founded in 1949 and is operated in the Holy Cross tradition by the Midwest Province of the Brothers of Holy Cross. It is one of three remaining boys Catholic high schools in the Greater Cleveland area and has an enrollment of 970 students, as of the 2019-2020 school year. 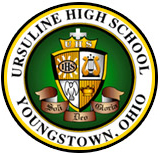 Stephen T. Badin High School, is a Catholic high school of the Archdiocese of Cincinnati school system, serving grades nine through twelve in Hamilton, Ohio, United States. It is a comprehensive high school which admits students of all levels of ability. Curriculum is offered on four distinct levels. 96% of Badin graduates continue their education. The student-to-teacher ratio is 15:1.

Jonathan Alder High School is an NCA accredited public high school located in Plain City, Ohio. It is the only high school in the Jonathan Alder Local School District. The school, as well as the district, are named after Jonathan Alder, the first white settler in Madison County. 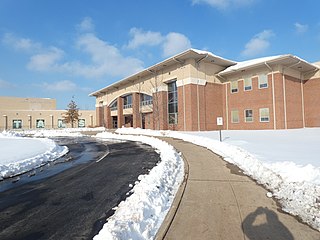 Roy C. Start High School is a public high school in West Toledo, Ohio, United States. The school opened in 1962 and is part of the Toledo Public Schools. It was named after Roy C. Start, two-time mayor of Toledo and founder of the West Toledo YMCA. The school building was demolished and replaced with a new building. Students have been attending the new Start since January 2008. The only part of the original Roy C. Start High School building in use is the auditorium and is attached to the new building.

Trinity High School is a private coeducational Roman Catholic college preparatory High School, located in Garfield Heights, Ohio, United States. It is located in the Roman Catholic Diocese of Cleveland. It was started in 1926 by the Sisters of St. Joseph of the Third Order of St. Francis.

Versailles High School is a public high school in Versailles, Ohio, Darke county. The principal of the building is Jacki Stonebraker. It is the only high school in the Versailles Exempted Village Schools district. The mascot is the tiger. They are a member of the Midwest Athletic Conference. Versailles high school offers grades 7-12. According to the Public School Review website, there are twenty-three teachers and four hundred seven students with a teacher/student ratio of 1:18. Accessed 2015-11-08.

Mariemont High School is a public high school located in a suburb of Cincinnati, Ohio. It is the only high school in the small Mariemont City School District. Mariemont High School is known for its high academic standards, and it has been named a Blue Ribbon School of Excellence four separate times: 1984-85, 1988–89, 2001–02, 2004-05. The school was the first to receive this award four times in the state of Ohio and the fourth nationwide.

Lebanon High School is a public high school in Lebanon, Ohio. It is the only high school in the Lebanon City School District. Their mascot is the Warrior and the school logo is the profile of an American Indian wearing a full feathered headdress. The primary school colors are maroon and white, although throughout its history secondary colors have included black and maize. The school's principal is Mr. Scott Butler. The high school currently houses approximately 1,650 students and the district's total student population is just over 6,000.