She was born in Frankfurt, Germany to Isaac Breuer, a noted German Rabbi, as Ursula (Sara) Breuer. In 1933, at the age of fourteen, she left Germany with her family for Palestine. She remained there with her father, to whom she was very close, until his death in Jerusalem in 1946, at the age of 63. Shortly thereafter, she emigrated to the United States, where she found a teaching position at a Jewish girls' school in Paterson, New Jersey.

In 1950 she met and married Hermann Merkin, a German-Jewish businessman, who was twelve years her senior. They had six children and were married for almost fifty years until his death in 1999 at the age of 91. Ursula and Hermann Merkin sponsored the New York venue Merkin Concert Hall and were involved in a variety of Yeshiva University functions as well as with other Jewish philanthropies. They were also deeply devoted to Fifth Avenue Synagogue, of which Hermann Merkin was the founding President.

She also wrote a novel, Borrowed Lands, which was published by Rubin Mass Ltd. in 2000 in a second revised edition.

She died in New York City at the age of 86 after a bout with lung cancer. 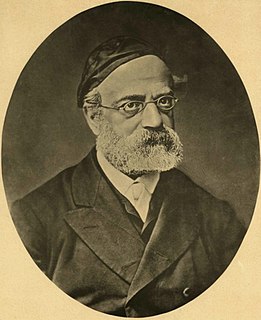 Samson Raphael Hirsch was a German Orthodox rabbi best known as the intellectual founder of the Torah im Derech Eretz school of contemporary Orthodox Judaism. Occasionally termed neo-Orthodoxy, his philosophy, together with that of Azriel Hildesheimer, has had a considerable influence on the development of Orthodox Judaism. 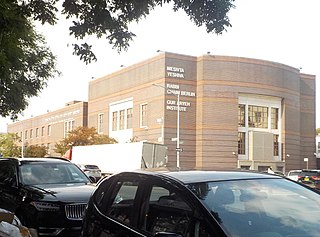 Harry Fischel was an American businessman and philanthropist based in New York City at the turn of the 20th century. 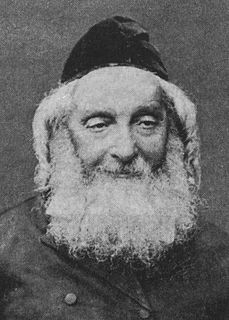 Naftali Zvi Yehuda Berlin, also known as Reb Hirsch Leib Berlin, and commonly known by the acronym Netziv, was an Orthodox rabbi, Rosh yeshiva (dean) of the Volozhin Yeshiva and author of several works of rabbinic literature in Lithuania.

Joseph Breuer, also known as Yosef Breuer was a rabbi and community leader in Germany and the United States. He was rabbi of one of the large Jewish synagogues founded by German-Jewish refugees fleeing Nazi oppression that had settled in Washington Heights, New York.

The Ramaz School is an elite American coeducational Jewish Modern Orthodox day school which offers a dual curriculum of general studies taught in English and Judaic studies taught in Hebrew. The school is located on the Upper East Side of Manhattan in New York City. It consists of an early childhood center (nursery-kindergarten), a lower school, a middle school, and an upper school.

Breuer is a surname. Notable people with the surname include: 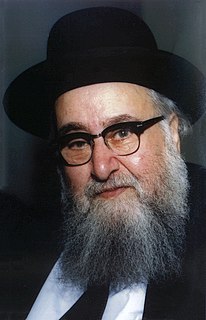 Shimon (Simon) Schwab was an Orthodox rabbi and communal leader in Germany and the United States. Educated in Frankfurt am Main and in the yeshivot of Lithuania, he was rabbi in Ichenhausen, Bavaria, after immigration to the United States in Baltimore, and from 1958 until his death at Khal Adath Jeshurun in Washington Heights, Manhattan. He was an ideologue of Agudath Israel of America, specifically defending the Torah im Derech Eretz approach to Jewish life. He wrote several popular works of Jewish thought. 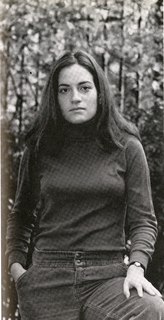 Max Stern was an American businessman, investor, and philanthropist who established and built the Hartz Mountain Corporation.

Moetzes Gedolei HaTorah is the supreme rabbinical policy-making council of the Agudat Yisrael and Degel HaTorah movements in Israel; and of Agudath Israel of America in the United States. Members are usually prestigious Roshei Yeshiva or Hasidic rebbes, who are also usually regarded by many Haredi Jews to be the Gedolim ("great/est") sages of Torah Judaism. Before the Holocaust, it was the supreme authority for the World Agudath Israel in Europe. 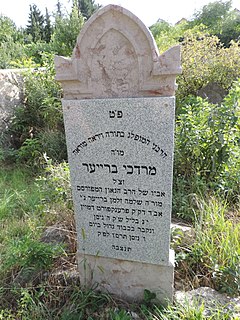 SolomonBreuer was a Hungarian-born German rabbi, initially in Pápa, Hungary, and from the early 1890s in Frankfurt as a successor of his father-in-law Samson Raphael Hirsch.

Khal Adath Jeshurun (KAJ) is an Orthodox German Jewish Ashkenazi congregation in the Washington Heights neighborhood, in the New York City borough of Manhattan. It has an affiliated synagogue in the heavily Orthodox Jewish neighborhood of Monsey, New York. 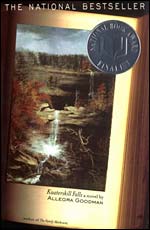 Kaaterskill Falls is a 1998 novel by Allegra Goodman, set in a small Catskill Mountains, New York, USA, community of predominantly Orthodox Jews during summers in the mid-1970s. The location is based on the town of Tannersville, NY where Goodman spent summers with her family. Like its fictional counterpart, Tannersville at the time was a summer home for the German Jews of Washington Heights, Manhattan.

Isaac Breuer was a rabbi in the German Neo-Orthodoxy movement of his maternal grandfather Samson Raphael Hirsch, and was the first president of Poalei Agudat Yisrael. 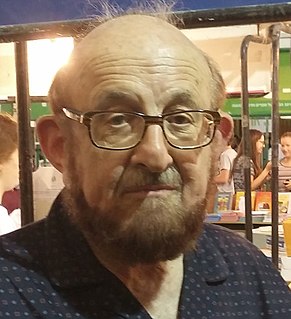 Haym Soloveitchik is an American Modern Orthodox rabbi and historian. He is the only son of Rabbi Joseph B. Soloveitchik. He graduated from the Maimonides School which his father founded in Brookline, Massachusetts and then received his B.A. degree from Harvard College in 1958 with a major in History. After two years of post-graduate study at Harvard, he moved to Israel and began his studies toward an M.A. and PhD at the Hebrew University in Jerusalem, under the historian Professor Jacob Katz. He wrote his Master's thesis on the Halakha of gentile wine in medieval Germany. His doctorate, which he received in 1972, concentrated on laws of pawnbroking and usury. He is known to many as Dr. Gra"ch, after his great-grandfather for whom he is named, Rabbi Chaim Soloveitchik, who was known as the Gra"ch.

A merkin is a pubic wig.

Hermann Merkin was a German-born American businessman and philanthropist.

Jacob Ezra Merkin is an American investor, hedge fund manager and philanthropist. He had been a fund manager and capital raiser until 2008 when one of the funds in Gabriel Capital LP, his $5 billion group of hedge funds became insolvent because a large portion of its assets was invested with the convicted Ponzi scheme operator Bernard Madoff. The fallout from his investment with Madoff has been extensive. He navigated a series of lawsuits without a finding of fraud or knowledge of the scheme, but agreed to repay any fees earned from the investment in Madoff historically. He had to resign a series of positions including his role as non-executive chairman of GMAC.

Torah Lehranstalt, also known as the Frankfurt Yeshiva or the Breuer Yeshiva, was an Orthodox Jewish yeshiva in Frankfurt am Main, founded in 1893 by Rabbi Dr. Solomon Breuer, the rabbi of the city's seceded Orthodox community.