Vít Kaňkovský (born 5 February 1970) is a Czech politician and physician. He is a member of the Chamber of Deputies for the Christian and Democratic Union –Czechoslovak People's Party (KDU-ČSL) since October 2013, [1] Deputy of the Vysočina Region and logterm Deputy of the Třešť municipality.

The Czech Republic is a unitary parliamentary constitutional republic,in which the President is the head of state and the Prime Minister is the head of government.
Executive power is exercised by the Government of the Czech Republic which reports to the Chamber of Deputies. The Legislature is exercised by the Parliament. Czech Parliament is bicameral,the upper house of the Parliament is the Senate,the lower house of the Parliament is the Chamber of Deputies. The Senate consists of 81 members who are elected for six years. The Chamber of Deputies consists of 200 members who are elected for four years. The Judiciary system is topped by the trio of Constitutional Court,Supreme Court and Supreme Administrative Court.
The highest legal document is the Constitution of the Czech Republic,complemented by constitutional laws and the Charter of Fundamental Rights and Freedoms. The current constitution went in effect on 1st January 1993,after the Dissolution of Czechoslovakia. 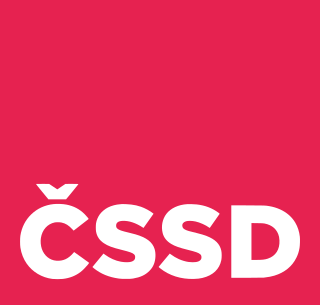 The Czech Republic has offered registered partnerships for same-sex couples since 1 July 2006. Registered partnerships grant several of the rights of marriage,including inheritance,the right to declare a same-sex partner as next of kin,hospital visitation rights,jail and prison visitation rights,spousal privilege,and alimony rights,but do not allow joint adoption,widow's pension,or joint property rights. The registered partnership law was passed in March 2006 and went into effect on 1 July 2006. The country also grants unregistered cohabitation status to "persons living in a common household" that gives couples inheritance and succession rights in housing.

VIT or Vit may refer to: 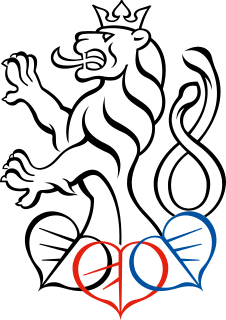 Elkov– is a UCI Continental road bicycle racing team based in Czech Republic and participates on the UCI Europe Tour. The sponsors of the team are Elkov,an electrical company,and,a steel manufacturer. The team was one of the best cycling teams before the lifting of the Iron Curtain. The team became professional in 2000. The best known riders for the team were Alois Kaňkovskýand TomášBucháček. For the 2008 season the German sprinter AndréSchulze came from the Wiesenhof team and also Czech cyclist Ondřej Sosenka,a former World Hour Record holder,joined the team. 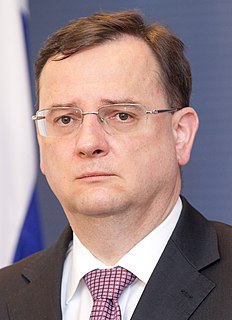 Petr Nečas is a Czech former politician who served as 9th Prime Minister of the Czech Republic and Leader of the Civic Democratic Party from 2010 to 2013,and as Member of the Chamber of Deputies (MP) from 1993 to 2013.

Městys,translated as "market town",is a status conferred on certain municipalities in the Czech Republic,lying in terms of size and importance higher than that of simple obec (municipality),but lower than that of město.

Legislative elections were held in the Czech Republic on 20 and 21 October 2017. All 200 members of the Chamber of Deputies were elected and Andrej Babišof ANO 2011,also the leader of the resultant government,became the Prime Minister. The coalition government following the 2013 legislative election consisted of the two largest parties:the Czech Social Democratic Party (ČSSD) of Prime Minister Bohuslav Sobotka,and ANO 2011 (ANO),led by former Finance Minister and businessman Andrej Babiš,alongside the Christian and Democratic Union –Czechoslovak People's Party (KDU–ČSL). The largest opposition party was the Communist Party of Bohemia and Moravia (KSČM),followed by centre-right parties TOP 09 and the Civic Democratic Party (ODS).

Andrej Babiš is a Czech politician and businessman,serving as the Prime Minister of the Czech Republic since December 2017 and the founding leader of ANO 2011 (ANO) since 2012. He previously served as the Finance Minister and Deputy Prime Minister from 2014 to 2017 in Bohuslav Sobotka's Cabinet.

The COVID-19 pandemic in the Czech Republic is part of the worldwide pandemic of coronavirus disease 2019 caused by severe acute respiratory syndrome coronavirus 2. The first three confirmed cases in the Czech Republic were reported on 1 March 2020. On 12 March,the government declared a state of emergency,for the first time in the country's modern history for the area of the entire country. On 16 March,the country closed its borders,forbade the entry of foreigners without residence permits,and issued a nationwide curfew. While originally planned to be in effect until 24 March,the measures were later extended until 1 April and then again until the end of State of Emergency which was extended by the Chamber of Deputies until 30 April 2020 and then again until 17 May 2020.