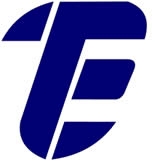 The Federal Center for Technological Education "Celso Suckow da Fonseca", also known as Federal Center for Technological Education of Rio de Janeiro is one of the most traditional Brazilian federal educational institution subordinated to the Brazilian Ministry of Education. It offers undergraduate and post-graduate level courses in addition to its sought-after technical high school courses.

Bartolomeu de Gusmão Airport was a Brazilian airport built to handle the operations with the rigid airships Graf Zeppelin and Hindenburg. The airport was named after Bartolomeu Lourenço de Gusmão (1685–1724), a Portuguese priest born in Brazil who did research about transportation with balloons.

Empresa de Transportes Aéreos Norte do Brasil Ltda – Aeronorte was a Brazilian airline founded in 1940 that operated in the north and northeast regions of Brazil. It was bought by Aerovias Brasil in 1953 but maintained some degree of autonomy. When Varig bought Aerovias Brasil, Aeronorte was incorporated into Varig.

Miguel Martins Abrahão is a prolific Brazilian writer and dramatist, author of numerous plays and books. 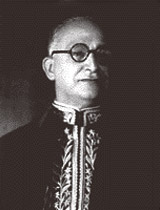 Augusto Bracet was a Brazilian painter, drawer and professor.