V.League 1 (Vietnamese : Giải bóng đá vô địch quốc gia Việt Nam), also called Night Wolf V.League 1 due to sponsorship reasons, is the top professional football league in Vietnam, controlled by the Vietnam Professional Football Joint Stock Company. It is contested by 14 clubs who play each other on a home and away basis. The team finishing at the top at the end of the season is crowned the champion and enters the AFC Champions League.

Viettel has won the title 6 times, the most among V-League clubs and also has total 20 national titles since 1954. Beside, Haiphong are the second with 13 total titles.

The V.League 1, as it is known today, dates back to 1980 when the first semi-professional league was launched (then known as the All Vietnam Football Championship). Seventeen clubs participated in the competition which was split into three groups and conducted more like a cup competition, with the winner from each group qualifying for the Championship Stage. Công An Hà Nội, Tổng Cục Đường Sắt and Hải Quan were the three teams to qualify, with Tổng Cục Đường Sắt ultimately taking the title. That format, although the teams were split into two groups, continued until 1995 when the league reverted to a more traditional league format.

League football in Vietnam would turn professional in the 2000–2001 season, which saw the league change its name to its current moniker, V-League 1. In that inaugural V-League 1 season, there were only ten clubs, with tighter restrictions meaning fewer teams. Over the next decade, the league grew from 10 teams to the current fourteen, with the team that finishes on top of the table qualifying for the AFC Champions League. Clubs were allowed to hire foreign players from this season on.

Following a season marred by accusations of refereeing corruption and a cover-up by the V.League governing body Vietnam Football Federation (VFF), six clubs (Đồng Tâm Long An, Hoàng Anh Gia Lai, Hanoi ACB, Vissai Ninh Bình, Khatoco Khánh Hòa and Lam Sơn Thanh Hóa [1] ) threatened to leave the league and form an entirely new league for the 2012 season. The most outspoken club in the move was Hanoi ACB, who were going through relegation from the V.League, with its chairman Nguyen Duc Kien announcing that ACB would spearhead the move. Due to the controversy, league sponsor EximBank expressed its intention to drop its title sponsorship of the league. League officials scrambled to resolve the issues, going as far as hiring foreign referees for the 2012 season. [2] [3] After a meeting on 29 September, representatives of the VFF and the 14 V.League 1 teams and 14 V.League 2 teams announced the formation of a new corporation, the VPF, Vietnam Professional Football Joint Stock Company to manage the V-League. The VFF would hold a 36% stake in the new corporation, and the rest would be held by clubs. [1]

From the 2012 season, the organising power was transferred from the VFF to the VPF (Vietnamese Professional Football), and the V.League 1 was initially changed to the Super League, although this name was short-lived and the league was renamed back to V.League 1 later in the season. The first division was renamed the V.League 2. At the same time, many clubs found themselves in financial and sponsor issues, and many clubs withdrew, merge, bought another, or failed to meet requirements for leagues. As a result, the number of clubs in each league changed dramatically.

After Xuân Thành Sài Gòn was docked points for what the VFF deemed the club unsportsmanlike conduct when the club fielded a noncompetitive squad for their Matchday 20 meeting with Sông Lam Nghệ An, club officials announced that the club would withdraw from the league. On 22 August 2013, the VFF approved Xuân Thành Sài Gòn's withdrawal request. Matches where the club was involved were vacated. The VFF is still debating if the last place club will still be relegated to V.League 2, though the league charter states that the club in 12th place would be the only club relegated in the 2013 campaign. [11]

Relegation was cancelled for the 2013 campaign after Xuân Thành Sài Gòn withdrew from the V.League 1 before the conclusion of the season. [12] QNK Quảng Nam, Than Quảng Ninh and Hùng Vương An Giang, as winners, first runners-up and second runners-up respectively, were promoted from the 2013 V.League 2 season. Kienlongbank Kiên Giang failed to apply for the 2014 campaign and subsequently folded during the offseason. [13]

Vissai Ninh Bình wrote to the Vietnam Football Federation (VFF) and to the Vietnam Professional Football Joint Stock Company to be allowed to stop their participation in the league and also the AFC Cup due to 13 players being involved in match fixing. They had played eight league matches and were third from bottom at the time. [14] Following their withdrawal from the league, all their results were declared null and void. [15]

Due to the match fixing scandal and withdrawal of Vissai Ninh Bình, it was decided that the bottom-placed team at the end of the season will take part in a play-off match against the third-placed team in the First Division for the right to play in the V-League next season. [16] Starting from 2015 season, the number of foreign players allowed for clubs is reduced to 2 players plus 1 naturalised player.

Starting from the 2000 season when foreign players can played in the league, the top goalscorer are always foreign players (except Nguyễn Anh Đức from Becamex Bình Dương in 2017 season)

The following is a historical list of champions and runners-up of the V.League 1 by season. Superscripts in brackets (such as (2)) indicate a repeat win.

The rankings of the V.League 1 teams in the 1980-1996 seasons are not official, because those seasons have not been organized in a round-robin format but are divided into several stages. In these seasons, the ranking of each team is arranged as follows:
1. Any team that enters the next stage is ranked above the teams that only stopped at the previous stage.
2. In the same period of any season, the rankings of the teams are arranged according to the rules and regulations of that season.

From the 1997 season, the rankings of the teams are official.

As there is no record of the group stage results for the 1990 and 1992 seasons, the rankings of some of the teams in these two seasons are uncertain.

This is the following is a V.League 1 table of statistics of seasons, number of matches and results of each team in all 38 national championship football seasons.

Match figures and match results excluding the 2021 season have not been completed and the seasons are not recorded, namely the 1990 and 1992 group stages; second round of the 1995 season; two games in the group stage of the 1996 season.

Boldface indicates a player still active in the V.League 1.

Boldface indicates a player still active in the V.League 1.

In addition to the V-League, there is also a reserve youth League for U-19 players, with the aim to improve the quality of V-League and to become the future seeds for the clubs and national team themselves.

Hanoi Football Club is a Vietnamese professional football club based in Hanoi, Vietnam that competes in the V.League 1.

Haiphong Football Club, simply known as Haiphong is a Vietnamese professional football club based in Haiphong. Haiphong is one of the most successful football teams in Vietnam with 13 major titles. They are currently playing in V.League 1 as their home ground is Lạch Tray Stadium.

The 2015 National Cup is the 23rd edition of the Vietnamese Cup. It will be sponsored by Kienlongbank, and known as the Kienlongbank National Cup for sponsorship purposes. It began on the 4 April 2015 and will finish on 26 September 2015.

Binh Phuoc Football Club, simply known as Binh Phuoc, is a professional football club, based in Đồng Xoài, Bình Phước, Vietnam, that plays in the V.League 2, the second tier of Vietnamese football. 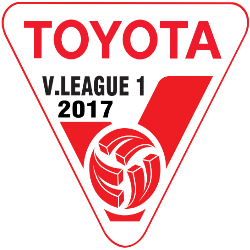 The 2017 V.League 1 season was the 61st season of the V.League 1, the highest division of Football in Vietnam. The season began on 7 January 2017 and ended on 25 November 2017. The season was twice interrupted due to the Vietnam Football Federation's decision to stop the league for 4 weeks due to the 2017 FIFA U-20 World Cup, and then again for 7 weeks for the 29th SEA Games.

The 2018 V.League 1 season was the 62nd season of the V.League 1, the highest division of Football in Vietnam. The season started on 10 March 2018 and ran until 8 October 2018. It was expected to be known as the Toyota V.League 1, however, in December 2017 Toyota ended their sponsorship deal with the Vietnam Football Federation one year early.

Phu Dong Football Club, simply known as Phu Dong, is a Vietnamese football club which is based in Hanoi, Vietnam.

The 2018 Vinaphone Cup is an international Olympic association football friendly tournament, sponsored by Vietnam Posts and Telecommunications Group (VNPT) with the competition is named after Vinaphone, a subsidiary-mobile network which is part of VNPT. Vietnam as the hosts use the tournament as their preparation for the Asian Games held in Indonesia.

The 2021 Vietnamese National Cup was the 29th edition of the Vietnamese Cup, the football knockout competition of Vietnam organized by the Vietnam Football Federation.