The VLEGA Gaucho is a light general purpose 4x4 vehicle, capable of being transported by air (VLEGA is the acronym for Vehiculo Ligero de Empleos Generales Aerotransportable, the vehicle's type denomination in Spanish). It was developed jointly by Argentina and Brazil in the 2000s for employment by their militaries. Some of its uses include: cargo/transport, reconnaissance, ambulance, special operations.

Brazil is currently developing the Chivunk fast attack vehicle [2] with co-development of the Gaucho ending in 2011. [3]

In Brazil, the project is being conducted by the Technological Center of the Army (CTEx) and in Argentina by the Dirección de Investigación Desarrollo y Producción Army in that country.

The project began in April 2004 when it was held in Rio de Janeiro, the first working meeting, which were agreed Technical Requirements Operating a car that should meet.

The definition of principal components, the layout of the car and the responsibilities of each work team was the first step to achieving the vehicle Argentina / Brazil.

The engine, gearboxes and differentials and transfer, produced in Brazil, were sent to the Argentine team that designed the tubular frame and independent suspension.

The prototype semi-mounted arrived in Brazil on June 16, 2005 for completion of work carried out in the workshops of War Arsenal of Rio de Janeiro.

The car is performing engineering tests at the Center for reviews of the Army (CAEX) and soon will undergo technical and operational assessments, according to modern methods of assessment of the Brazilian Army.

The car has been designed to meet the requirements about sixty previously defined by the two hosts.

This is a car with great versatility, being able to have civilian jobs, which will be used primarily for airmobile units, since its design allows the vehicles to be stacked and transported by aircraft type C-130.

The independent suspension, great progress in the 4-wheel and 4x4 traction, combined with a powerful engine, enables high tactical mobility in any terrain.

The car will fulfill missions in development of supply, transport equipment, evacuation of wounded, launching of wireless, reconnaissance, command and control, airborne operations, and special situations.

The Armed Forces of the Argentine Republic, in Spanish: Fuerzas Armadas de la República Argentina, are controlled by the Commander-in-Chief and a civilian Minister of Defense. In addition to the Army, Navy and Air Force, there are two security forces, controlled by the Ministry of Security, which can be mobilized in occasion of an armed conflict: the National Gendarmerie, a gendarmerie used to guard borders and places of strategic importance; and the Naval Prefecture, a coast guard used to protect internal major rivers and maritime territory.

The Tanque Argentino Mediano is a medium tank in service with the Argentine Army. Lacking the experience and resources to design a tank, the Argentine Ministry of Defense contracted German company Thyssen-Henschel. The vehicle was developed by a German and Argentine team of engineers, and was based on the German Marder infantry fighting vehicle chassis.

The Paraguayan Army is the ground forces of the Armed Forces of Paraguay, organized into three divisions and 9, and several commands and direction. It has gone to war on three occasions: in the War of the Triple Alliance (1864–1870) against Brazil, Argentina and Uruguay; the Chaco War against Bolivia; and the ongoing Paraguayan People's Army insurgency. 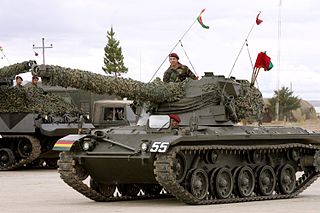 The SK-105 Kürassier is an Austrian light tank armed with a rifled 105 mm gun in an oscillating turret. It is estimated that over 700 have been produced.

The Sherpa Light is a family of 4x4 tactical and light armored vehicles developed by French company Renault Trucks Defense (RTD). Available in unarmoured or armoured variants, the Scout is suited for tactical missions such as scouting, patrol, convoy escort and command and liaison. It is able to transport up to 4 or 5 soldiers or a total payload of up to 4 tonnes.

The Petit Véhicule Protégé is a light, general-purpose armoured 4-wheel drive vehicle used by the French Army, made by Panhard. It is also designated as Auverland A4 AVL. Built by Auverland, it is one of the successors to the Peugeot P4. 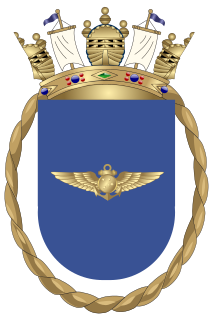 Brazilian Naval Aviation is the air arm of the Brazilian Navy operating from ships and from shore installations. 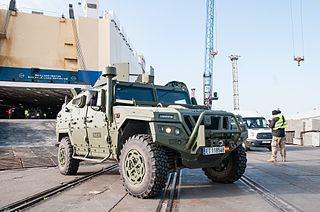 The URO VAMTAC is a Spanish four-wheel drive military vehicle manufactured by the UROVESA. Externally it is similar in appearance and design to the Humvee of the United States Military due to similar requirements. More than 2,000 of the vehicles have been delivered to the Spanish Armed Forces. Several other countries operate the VAMTAC as well, and it has seen service most recently in Afghanistan and Syria. The vehicle comes in two models, named I3, S3 and ST5, and has several configurations. 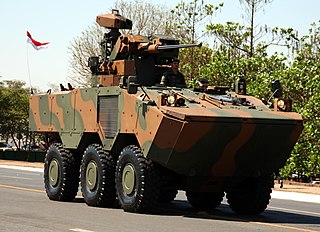 The VBTP-MR Guarani is a 6×6 armoured personnel carrier developed by Iveco and the Brazilian Army as part of its "URUTU-III" modernization program aimed to replace all EE-11 Urutu by 2015. The 8x8 version of the VBTP-MR is the base of Iveco's Superav armoured personnel carrier. In the program other Brazilian Companies also participated, such as IMBEL (Communications), ELBIT (Armaments), Usiminas and Villares.

The Marruá is a family of four-by-four wheeled transport and utility vehicles, built by Agrale in Caxias do Sul, Rio Grande do Sul, Brazil. Developed in the early 2000s to serve as a replacement for ageing jeeps and other vehicles in Brazilian service, it has also been adopted by several other Latin American armies, and is used on peacekeeping missions with the United Nations in Haiti.

The Hunter TR-12 is a multi-purpose infantry mobility vehicle designed to carry troops to dangerous areas. 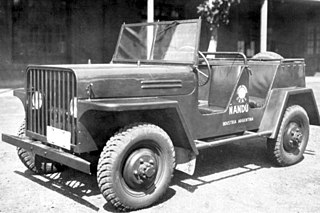 The Ñandú was a light general purpose 4×4 vehicle. It was developed in Argentina by DGME in the 1940s for employment by the army. Only four prototypes were built.

The structure of the Spanish Army as of April 2021 is as follows: