Valentina's father is Romani violinist Dmitry Ponomaryov, while her mother is Russian pianist Irina Lukashova. [1] Valentina was born when her parents were students of the Moscow Conservatory and lived in a student dormitory. Valentina grew up surrounded by both classical European and Romani popular music.

Her parents traveled a lot so Valentina studied at many schools. After she finished her school she entered the Khabarovsk Arts College. She studied both vocal and piano. As a student she learnt about jazz and took a great interest in it.

Valentina took external degrees and was invited to a theater to act the part of a Gypsy singer in a dramatic play "The Living Corpse" (by Lev Tolstoy). Her role included several songs and was a great success with the audience.

In 1967 Valentina took part in the International Jazz Festival in Tallinn. There she was noticed and invited to join Anatoliy Krol's jazz-band, which was quite famous in the USSR.

In 1971 the singer left the band and became an actress in the Gypsy Romen Theatre in Moscow. In 1973, trio "Romen" performed on stage, with Valentina as a singer. [2] In 1973 the trio was the laureate of the USSR Variety Performers Contest.

In 1983 Valentina left trio "Romen" and worked alone. She became involved in what came to be called "Soviet New Jazz", [3] performing and recording with Jazz Group Arkhangelsk, [4] as well as working with the composer Sofia Gubaidulina. [5]

In 1983 she performed a set of romances for Eldar Ryazanov's historical film A Cruel Romance . These songs were radio hits for many years. Five years later she voiced the Woman in the animated feature film The Cat Who Walked by Herself . [6]

In the early 1990s she recorded as part of a trio with Ken Hyder and Tim Hodgkinson. [7]

Her complete recordings with the Trio Romen is being re-released (2008) by Jon Larsen's Hot Club Records . 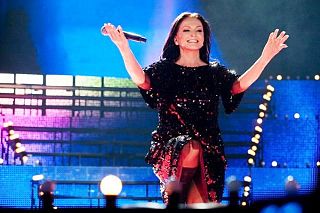 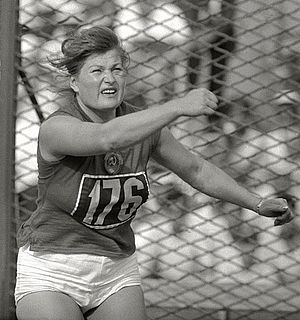 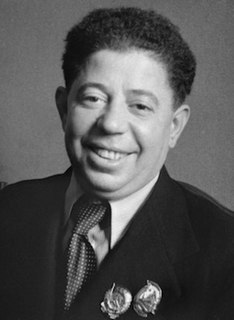 Dmitry Yakovlevich Pokrass was a Soviet composer of Jewish origin. He composed popular music and scores for the theatre and films. Dmitry Pokrass was recognized in 1975 as a People's Artist of the USSR. 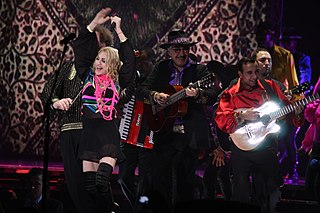 Boris Ivanovich Fomin was a Soviet musician and composer who specialized in the Russian romance.

Nikolai Alekseyevich Slichenko was a Soviet and Russian singer, actor and chief director of the Romen Theatre in Moscow. He was the only Romani person to be awarded the title People's Artist of the USSR (1981). 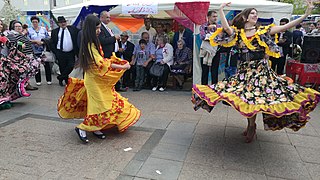 The Ruska Roma, also known as Russian Gypsies or Xaladitka Roma, are the largest subgroup of Romani people in Russia and Belarus. Initially known as Ruska Roma, they live mostly in Russia and Belarus, but also in Eastern and Central Ukraine, the United States, France, and Canada. Formed in the Northwestern part of the Russian Empire from Polska Roma who immigrated to the country in the 18th century.

Romen Theatre is the oldest and the most famous of Romani theatres in the world. The theatre is a key object of Romani culture in Russia, and from the moment of its foundation in 1931, it has been a centre of attraction for Romani artists in Russia.

Valentina Vasilevna Tolkunova was a Soviet and Russian singer and was bestowed the title of Honored Artist of RSFSR (1979) and People’s Artist of the RSFSR (1987). Her performances exhibited a kindhearted mood and sincerity, and her voice was noted for its clarity. 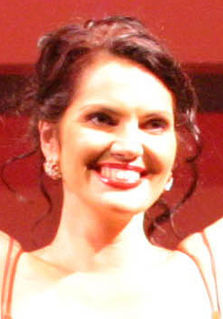 Nina Arkadyevna Shatskaya is a Russian singer and actress, best known for her jazzy take on the Russian romance heritage. Staying out of the spotlight, Shatskaya is held in high regard by critics and colleagues. According to composer Nikita Bogoslovsky, "Next to our pop 'legends' she is a true queen: lonely and untouchable." Shatskaya released seven well-received albums and was designated a Meritorious Artist of Russia in 2004.

Nani Bregvadze is a Georgian and Soviet singer, pianist, music pedagogue, people's artist of the USSR (1983). She was born, raised and started her career in Soviet Georgia in the USSR, then gained USSR-wide popularity during 1957 6th World Festival of Youth and Students. Bregvadze has performed with Georgian music group VIA Orera and as a solo artist. 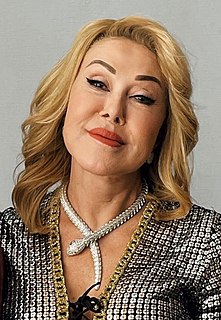 Lyubov Zalmanovna Uspenskaya is a Soviet, Russian and American performer of Russian popular music, much of which is the so-called "urban romance" or Russian "chanson" style. Multiple winner of the "Chanson of the Year" award.

Varvara Vasilyevna Panina was a Russian singer of Romani origins, famous for her deep contralto, one of the Russian popular music stars of the early 20th century.

Coretti Arle-Titz was an American-born jazz, spiritual and pop music singer, dancer, and actress in the Russian Empire and the Soviet Union.

Lyalya Chyornaya was a Soviet actress of theater and cinema, Honored Artist of the RSFSR, actress of the Romen Theatre, dancer, singer of gypsy songs and romances.

Nina Alexandrovna Dudarova was a Roma poet, teacher, writer and translator. She was born in Saint Petersburg to a Roma mother and a Russian stepfather, both of whom raised Dudarova as their own child.

Arlekino i drugiye is the second studio album by Russian Soviet singer Alla Pugacheva released in 1979 by Melodiya.