Valero is a municipality located in the province of Salamanca, Castile and León, Spain.

Antonio Valero de Bernabé Pacheco, a.k.a. The Liberator from Puerto Rico, was a Puerto Rican military leader. Trained in Spain, he fought with the Spanish Army to expel the French leader, Napoleon Bonaparte, from Spain and was promoted to colonel during these years. 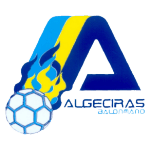 Algeciras Balonmano was a team of handball based in Algeciras, Andalusia. The last season, (2007–08) the team played in Liga ASOBAL.

Haim Aharon Valero (1845–1923) was a banker, entrepreneur and a prominent figure in the Jewish community of 19th century Jerusalem. Under his direction, the Valero Bank, founded in 1848 by his father Jacob, acted as catalyst in the development of the Jewish community under Ottoman rule. The bank's capital and financial services were employed in the acquisition of land and building, helping transform Jerusalem and nearby townships from stagnation and poverty towards the modernization of the 20th century.

The Estadio Martínez Valero is a stadium located in the Spanish city of Elx in the province of Alacant, Valencian Community. It is the home stadium of Elche CF, a team that is currently playing in the Segunda División. Its name pays tribute to the late president of the club, Manuel Martínez Valero. It hosted the largest rout in the finals of a World Cup and hosted the final of the Copa del Rey in 2003. The Spanish football team has played several friendly matches and competitive qualifiers there. The stadium has the largest field dimensions in Europe.

Cristina Torrens Valero is a former professional female tennis player from Spain. She reached her career-high singles ranking World No. 27 on 4 March 2002. 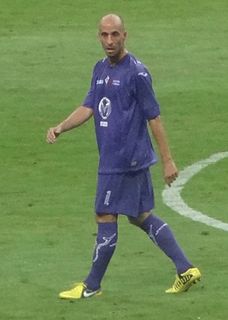 Borja Valero Iglesias is a Spanish professional footballer who plays as a central midfielder for Italian club Inter Milan.

Carmen Valero Omedes is a former middle-distance runner from Spain, who represented her native country at the 1976 Summer Olympics in Montreal, Quebec, Canada. There she was eliminated in the heats of the 800 and the 1500 metres. Valero was the only woman in the Spanish track and field squad for the Montreal Games.

Valero may refer to:

Alfara del Patriarca is a municipality in the comarca of Horta Nord in the Valencian Community, Spain. 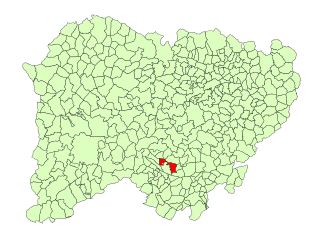 San Miguel de Valero is a municipality located in the province of Salamanca, Castile and León, Spain. As of 2016 the municipality has a population of 338 inhabitants.

The City of San Antonio is one of the oldest Spanish settlements in Texas and was, for decades, its largest city. Before Spanish colonization, the site was occupied for thousands of years by varying cultures of indigenous peoples. The historic Payaya Indians were likely those who encountered the first Europeans. 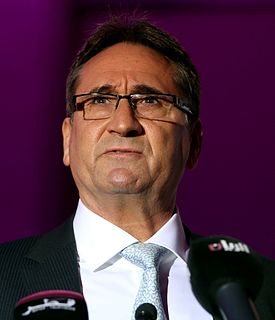 Valero Rivera is a Spanish handball coach for the Qatari national team. 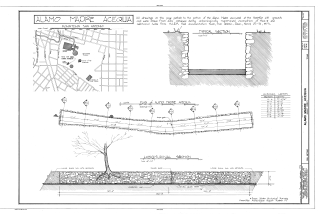 Acequia Madre de Valero is an 18th-century agricultural irrigation canal built by the Spanish and located in the Bexar County city of San Antonio in the U.S. state of Texas. When Martín de Alarcón founded San Antonio for Spain by establishing San Antonio de Valero Mission in 1718, Franciscan priest Antonio de Olivares and the Payaya Indians dug Acequia Madre de Valero by hand. It was vital to the missions to be able to divert and control water from the San Antonio River, in order to grow crops and to supply water to the people in the area. This particular acequia was the beginning of a much wider acequia system. Acequia Madre de Valero ran from the area currently known as Brackenridge Park and southward to what is now Hemisfair Plaza and South Alamo Street. Part of it that is not viewable by the public runs beneath the Menger Hotel. The acequia was restored in 1968 and that year was designated a Recorded Texas Historic Landmark.

The 2003 Copa del Rey Final was the 101st final since its establishment. The match took place on 28 June 2003 at the Estadio Manuel Martínez Valero, Elche. The match was contested by RCD Mallorca and Recreativo de Huelva, and it was refereed by Eduardo Iturralde González. RCD Mallorca lifted the trophy for the first time in their history with a 3-0 victory over Recreativo de Huelva.

Valero Rivera Folch is a Spanish handball player who plays for HBC Nantes and the Spain national team. His father is the former handballer Valero Rivera López.

Antonio Valero Yubero was a Spanish footballer who played as a defender.

Addy Coromoto Valero Velandria was a Venezuelan politician who served as a deputy in the National Assembly.