Vannie Smith, known professionally as Vanita Smythe (January 13, 1925 – January 18, 1994) [1] was an American blues and jazz singer and actress. She was professionally active between 1945 and 1950, making eight soundies, two motion pictures and releasing a couple of singles. [2]

Vannie Smith was born in Detroit, Michigan, United States. [2] The third of eight children, her parents were Grady and Gertrude McCray Smith, and she was named after her maternal grandmother, Lou Vannie Donaldson. [2]

In a professional capacity she was first mentioned in the Indianapolis Recorder in August 1945, named as Vannie Smith and being the star of Billy Williams' Creole Follies, a week-long show at the 440 Club. However, the following month she appeared billed as Vanita Smythe at the Cotton Club in Buffalo, New York. She came to the attention of the fledgling film director, William Forest Crouch, [3] who produced and directed soundies through Filmcraft Productions in New York. Between January and May 1946, Smythe was filmed in eight of them. Several of the soundies also featured the pianist and songwriter Dan Burley or fellow songwriter Claude Demetrius. Smythe's roles varied, incorporating some acting and singing, and several of the songs within the soundies were written by notables such as Louis Jordan, Hot Lips Page, Burley and Demetrius. [2] The following year, Smythe's filmed rendition of "They Raided the Joint" was integrated into Ebony Parade, [3] an Astor Pictures film that opened in New York in early July. The film was a collection of old soundies, each introduced by the "fortune teller", Mantan Moreland. Through these connections, Smythe was cast as "Rusty", in Louis Jordan's 1947 Astor Pictures film, Reet, Petite, and Gone , which was also produced and directed by Crouch. [2]

In April 1947, Smythe performed at Henry Armstrong's Melody Room in Harlem on the same bill as the 5 Kings. In June she trod the boards again at Smalls Paradise in Harlem, in a one-night show put on by Dan Burley. In October, she appeared as part of the annual benefit dance put on by the Good Hearts Welfare Association at Harlem's Renaissance Ballroom. Smythe's career went into a hiatus before signing in March 1950 to Regal Records. [2] She recorded four tracks for the label; "Lonesome For You", "I Want My Baby Back", "Until I Fell For You" (written by Howard Biggs), [4] and "You Got Me Crying Again". "Lonesome For You" / "I Want My Baby Back" was issued as a single early in 1950, whilst "Until I Fell For You" / "You Got Me Crying Again" was released later the same year. Neither record was a commercial success. The sum total of her stage performances did not run into double figures, and all of them took place around New York City. Smythe married in 1951 and her professional career came to a close. [2]

On March 23, 1951, Smythe married Clarence Otto Pauling in Springfield, Tennessee. The groom was the brother of Lowman "Pete" Pauling, Jr. of the "5" Royales. Clarence and Vanita were later divorced, on a date probably between 1960 and 1966. There is no definitive record of any children of the union. [2]

Eleanora Fagan, known professionally as Billie Holiday, was an American jazz and swing music singer. Nicknamed "Lady Day" by her friend and music partner Lester Young, Holiday had an innovative influence on jazz music and pop singing. Her vocal style, strongly inspired by jazz instrumentalists, pioneered a new way of manipulating phrasing and tempo. She was known for her vocal delivery and improvisational skills.

Louis Thomas Jordan was an American saxophonist, multi-instrumentalist, songwriter and bandleader who was popular from the late 1930s to the early 1950s. Known as "The King of the Jukebox", he earned his highest profile towards the end of the swing era. He was inducted into the Rock and Roll Hall of Fame as an "early influence" in 1987.

Harry "The Hipster" Gibson, born Harry Raab, was an American jazz pianist, singer, and songwriter. Gibson played New York style stride piano and boogie woogie while singing in a wild, unrestrained style. His music career began in the late 1920s, when under his real name, he played stride piano in Dixieland jazz bands in Harlem. He continued to perform there throughout the 1930s, adding the barrelhouse boogie of the time to his repertoire.

Mack Gordon was an American composer and lyricist for the stage and film. He was nominated for the best original song Oscar nine times in 11 years, including five consecutive years between 1940 and 1944, and won the award once, for "You'll Never Know". That song has proved among his most enduring, and remains popular in films and television commercials to this day. "At Last" is another of his best-known songs. 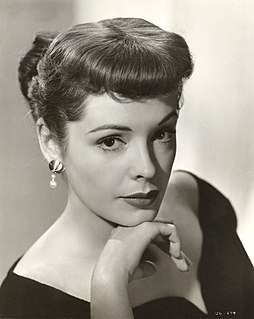 Ray McKinley was an American jazz drummer, singer, and bandleader. 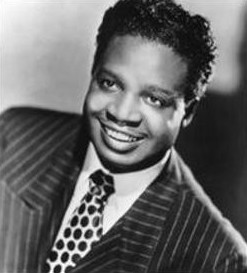 Roy James Brown was an American R&B singer, songwriter and musician, who had a significant influence on the early development of rock and roll and the direction of R&B. His original song and hit recording "Good Rockin' Tonight" has been covered by many artists including Wynonie Harris, Elvis Presley, Bruce Springsteen, Paul McCartney, Joe Ely, Ricky Nelson, Jerry Lee Lewis, Pat Boone, James Brown, the Doors, and the rock group Montrose. Brown was one of the first popular R&B singers to perform songs with a gospel-steeped delivery, which was then considered taboo by many churches. In addition, his melismatic, pleading vocal style influenced notable artists such as B.B. King, Bobby Bland, Elvis Presley, Jackie Wilson, James Brown and Little Richard. 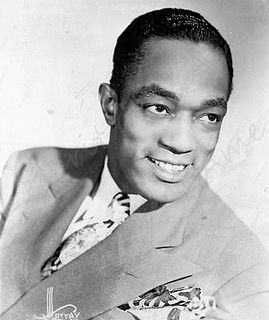 Woodrow Wilson "Buddy" Johnson was an American jump blues pianist and bandleader active from the 1930s through the 1960s. His songs were often performed by his sister Ella Johnson, most notably "Since I Fell for You", which became a jazz standard.

Rock, Rock, Rock! is the soundtrack album to the motion picture of the same name and was the first LP ever released by Chess Records labeled LP 1425 and Chuck Berry's first appearance on a long player. Only four songs from the album actually appear in the film. Eight additional songs by Chuck Berry, the Moonglows, and the Flamingos make up the balance of the songs. Other artists who appeared in the film were not on the album. Rock, Rock, Rock! is regarded as the first rock and roll movie to have had a soundtrack album issued.<ref>Fred Dellar, "What was the first rock soundtrack album?", Mojo, #312, November 2019, 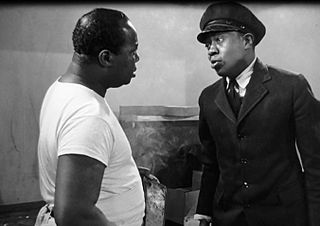 Dudley Henry DickersonJr. was an American film actor. Born in Chickasha, Oklahoma, he appeared in nearly 160 films between 1932 and 1952, and is best remembered for his roles in several Three Stooges films. 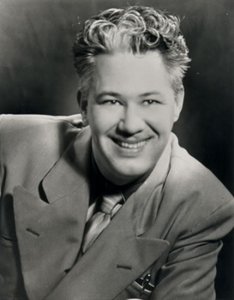 Theron Eugene "Ted" Daffan was an American country musician noted for composing the seminal "Truck Driver's Blues" and two much covered country anthems of unrequited love, "Born to Lose" and "I'm a Fool to Care". Marie Knight was an American gospel and R&B singer. 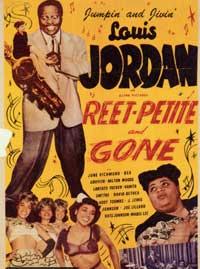 Reet, Petite, and Gone is a 1947 American musical race film directed in his feature film debut by short subject director William Forest Crouch that was produced and released by Astor Pictures. The film stars Louis Jordan and in her credited feature film debut, June Richmond.

Mable Lee, sometimes spelled Mabel Lee, was an American jazz tap dancer, singer, and entertainer. Lee appeared on Broadway, at the Apollo Theater, and was known as "Queen of the Soundies" due to her numerous performances in the films. 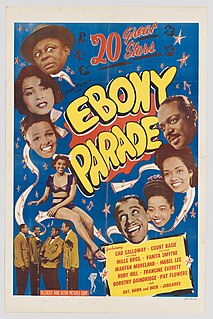 Ebony Parade is a 1947 American musical compilation film made from footage of African-American performers. The 3-reel film features jazz music from many famous acts with interstitial segments featuring Mantan Moreland as a comedic magician. Advertised as including 20 great stars, it was an Astor Pictures release. The National Museum of African American History and Culture has a poster for the film. Getty Images also has an image of a poster from the film.

Nicky O'Daniel was an American actress on stage and screen. In Caldonia (film) she portrays the title character, a possessive girlfriend who convinces her man not to go to Hollywood for a film production but to stay New York City. She was one of the performers featured in the 1945 film It Happened in Harlem. A soundie titled The Pollard Jump (1946) includes her dancing. 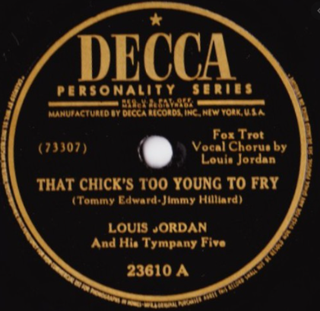 "That Chick's Too Young to Fry" is a song written by Tommy Edwards and Jimmy Hilliard. It was performed by Louis Jordan and his Tympany Five, recorded in January 1946, and released on the Decca label. The record's "B" side was "Choo Choo Ch'Boogie".