Varappetty is a village in Ernakulam district in the Indian state of Kerala. [1] Varappetty is 7 km from Kothamangalam along Kothamangalam-Vazhakulam Road, 6 km from Muvattupuzha along Puthuppady-Oonnukal Road and 12 km from Vazhakulam in Eranakulam District.

Varappetty is a large village located in Kothamangalam of Ernakulam district, Kerala with total 4559 families residing. The Varappetty village has population of 18867 of which 9233 are males while 9634 are females as per Population Census 2011.

In Varappetty village out of total population, 7500 were engaged in work activities. 81.87% of workers describe their work as Main Work (Employment or Earning more than 6 Months) while 18.13% were involved in Marginal activity providing livelihood for less than 6 months. Of 7500 workers engaged in Main Work, 618 were cultivators (owner or co-owner) while 593 were Agricultural labourer.

Varappetty has a public health center with a Resident Medical Officer and 2 other doctors on OP.

Banking facilities are also present; a branch of SBI with an ATM counter is present

Consists of 13 Wards with 8 women represented wards. Current administration is done under the leadership of Nirmala Mohan( Pancahyath President). Other Pancahayath members includes : 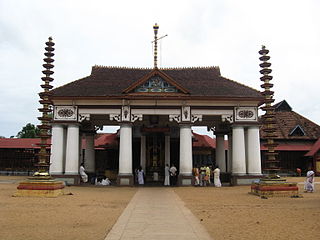 Kemri is a town and nagar panchayat in Rampur district in the Indian state of Uttar Pradesh.

Kolathur is a medium-sized town in Salem district in the Indian state of Tamil Nadu. It is located near Mettur and surrounded by Cavery river.

Sanawad is an Indian City in Khargone district in the Indian state of Madhya Pradesh. It is a popular center for the trade of cotton and wheat. Nearby cities include Khargone, Khandwa,and Indore and the sanawad is a ver popular city in the nimar in the khargone district the sanawad and the barwaha are big cities

Satwas is a town and a Nagar Panchayat in Dewas district in the Indian state of Madhya Pradesh. Satwas is around 136.8Km from Dewas.

Kannavam is a small Village in Thalassery Taluk in Kannur District of Kerala State, India. It comes under Chittaripparamba Panchayat. It belongs to North Kerala Division. It is located at 36 km towards East from District headquarters, Kannur; 12 km from Kuthuparamba and 466 km from State capital Thiruvananthapuram

Eyyal is a village in Thrissur District in the state of Kerala, India. Archeologists have unearthed a collection of old Roman coins in 1946. These coins date from 123 BC to 117 AD. These coins currently exhibited in the Archeological Museum of Thrissur.

Devli Kalan is a Village in Nawa Tehsil in Nagaur District of Rajasthan State, India. It belongs to Ajmer Division. It is located 176 km towards East from District headquarters Nagaur, 60 km from State capital Jaipur. Devli Kalan Pin code is 341507 and postal head office is Maroth. Renwal, Jaipur, Sambhar, Phulera, Reengus are the nearby Cities to Devli Kalan. Minda, Loonwa, Shyamgarh & KANCHANPURA 1.5 KM are the nearby Villages to Devli Kalan. As per constitution of India and Panchyati Raaj Act, Devli Kalan village is administrated by Sarpanch who is elected representative of village.

Piragram is a village in Hooghly district, West Bengal, India. The village is 15 meters abover sea-level. Its post office is in Roy-Jamna, its police station is in Pandua. Its pincode is 712134 and Bengali is the local language. The village is surrounded by the village named Roy-Jamna, Mulgram. Inchhura, etc. 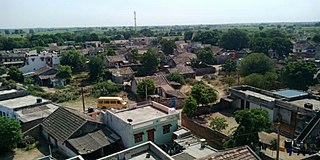 Makaji Meghpar is a village and former chiefdom of Hardhrol Jadeja chieftains in the Jamnagar district of Gujarat, India. It was founded in 1754 by Makanji Jadeja of Dhrol State. Gujarati writer Harilal Upadhyay was from the village. The people are mainly Jadeja Rajputs with some Brahmins, Patels and dalits.

Nauhatta is a large village in Nauhatta Block in Saharsa District of Bihar state, India. It belongs to Kosi Division. It is located 20 km towards North from District headquarters Saharsa. 165 km from State capital Patna. It comes under Mahisi constituency. The village had a population of 25,347 of which 13,124 were male while 12,223 were females as per Population Census 2011.

Mota Vadala is village located in Jamnagar District of Gujarat. The village has 902 families and a population of 4129 of which 2139 are males and 1990 are females as per Indian Population Census 2011.

Avoly is a panchayath located in Ernakulam district of the Indian state of Kerala. The panchayath is a part of Muvattupuzha taluk and consists of 14 wards which include Anikkad, Kavana, Kizhakkekara, Kottapuram, Nadukkara, and Pareeka Peedika.