Vargarna are a Swedish motorcycle speedway team based in Norrköping, Sweden. The name Vargarna literally translates into English as "The Wolves". Perhaps the club's most notable rider in recent years was the former world champion Nicki Pedersen, who signed for the team in 2010. [1] He captained the side before leaving the club for Dackarna ahead of the 2014 season.

Norrköping is a city in the province of Östergötland in eastern Sweden and the seat of Norrköping Municipality, Östergötland County, about 160 km southwest of the national capital Stockholm. The city has a population of 95,618 inhabitants in 2016, out of a municipal total of 130,050, making it Sweden's tenth largest city and eighth largest municipality.

Eric Joel Andersson is a Swedish professional footballer who plays for FC Midtjylland as a right back.

Bergstrom or Bergström is a Swedish surname. It derives from the Swedish words berg meaning mountain and ström meaning stream and may refer to: 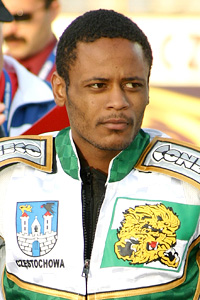 Allsvenskan is the second tier in the league system of speedway in Sweden and currently comprises 7 Swedish speedway teams. 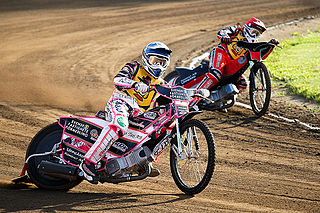 Anton Rosén is a Swedish motorcycle speedway rider who rides in Swedish Elitserien for Västervik.

Sweden participated at the 2010 Winter Olympics in Vancouver, British Columbia, Canada. 106 competitors competed in nine of the fifteen disciplines.

Kajsa Magdalena Bergström is a Swedish curler. The younger sister of curler Anna Le Moine, she has skipped for the club Sveg CK for the past two years.

Viktor Erik Kjäll is a Swedish curler originally from Karlstad.

IF Sibbo-Vargarna is a sports club from Sipoo, Finland specialising in football, cycling, athletics, volleyball, skiing, orienteering, dancing and fitness. The club was formed in 1928 and its main home ground is at the Nikkilän keskusnurmi. The men's football first team currently plays in the Kolmonen.

Viktor Noring is a Swedish footballer, who plays as a goalkeeper.

Westermalms IF FK is a Swedish football club located in Stockholm that competed in the Allsvenskan for two seasons in the late 1920s. The club currently play seven tiers lower in Division 6 Stockholm C. 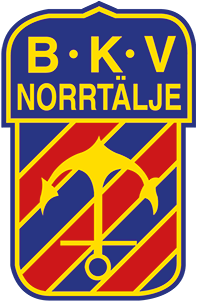 BKV Norrtälje is a Swedish football club located in Norrtälje. 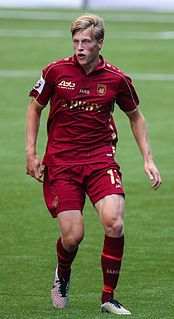 Emil Evert Bergström is a Swedish footballer who plays for FC Utrecht as a centre back.

Kalas, Alfons Åberg! is a 1986 children's book by Gunilla Bergström. As an episode of the animated TV series it originally aired over SVT on 1 April 1994.

Bara knyt, Alfons! is a 1988 children's book by Gunilla Bergström.As an episode of the animated TV series it originally aired over SVT on 1 April 1994.

Viktor Gyökeres is a Swedish professional footballer who plays as a forward for Brighton & Hove Albion and the Sweden national side.