Sinaisky studied conducting with Ilya Musin at the Leningrad Conservatory and began his career as assistant to Kirill Kondrashin at the Moscow Philharmonic Orchestra.

Sinaisky was principal conductor of the Malmö Symphony Orchestra from January 2007 through the 2010-2011 season. With the Malmö orchestra, he has conducted commercial recordings for the Naxos label, including music of Franz Schmidt. [4] [5] He became Conductor in Residence at the Bolshoi Theatre with the 2009-2010 season. In August 2010, he was named the Bolshoi's music director and chief conductor. [6] In December 2013, Sinaisky resigned his posts with the Bolshoi Theatre, with immediate effect. [7]

In December 2018, Sinaisky first guest-conducted the Janáček Philharmonic Orchestra. He returned for a second guest-conducting engagement at the start of the 2019-2020 season. In April 2020, the orchestra announced the appointment of Sinaisky as its next chief conductor, effective with the 2020-2021 season. [8] 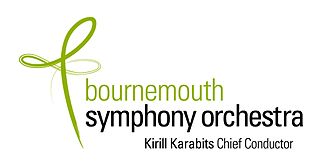 The Bournemouth Symphony Orchestra (BSO) is an English orchestra, founded in 1893 and originally based in Bournemouth. With a remit to serve the South and South West of England, the BSO is administratively based in the adjacent town of Poole, since 1979. 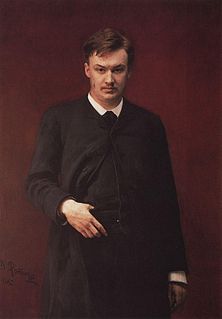 Alexander Konstantinovich Glazunov was a Russian composer, music teacher, and conductor of the late Russian Romantic period. He was director of the Saint Petersburg Conservatory between 1905 and 1928 and was instrumental in the reorganization of the institute into the Petrograd Conservatory, then the Leningrad Conservatory, following the Bolshevik Revolution. He continued as head of the Conservatory until 1930, though he had left the Soviet Union in 1928 and did not return. The best-known student under his tenure during the early Soviet years was Dmitri Shostakovich.

The BBC Philharmonic is a national British broadcasting symphony orchestra and is one of five radio orchestras maintained by the British Broadcasting Corporation. The Philharmonic is a department of the BBC North Group division based at MediaCityUK, Salford. The orchestra's primary concert venue is the Bridgewater Hall, Manchester.

Yan Pascal Tortelier is a French conductor and violinist. 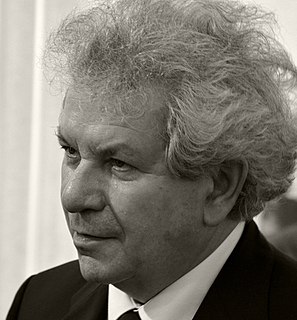 Jiří Bělohlávek, was a Czech conductor. He was a leading interpreter of Czech classical music, and became chief conductor of the Czech Philharmonic Orchestra in 1990, a role he would serve on two occasions during a combined span of seven years. He also served a six-year tenure as the chief conductor of the BBC Symphony Orchestra from 2006 to 2012. He gained international renown and repute for his performances of the works of Czech composers such as Antonín Dvořák and Bohuslav Martinů, and was credited as "the most profound proponent of Czech orchestral music" by Czech music specialist Professor Michael Beckerman.

Andrey Boreyko is a Polish-Russian conductor.

Myung-whun Chung is a South Korean conductor and pianist.

Sakari Markus Oramo, is a Finnish conductor. He is chief conductor of the BBC Symphony Orchestra.

Gianandrea Noseda is an Italian conductor.

John Gunnar Rafael Storgårds is a Finnish violinist and conductor. 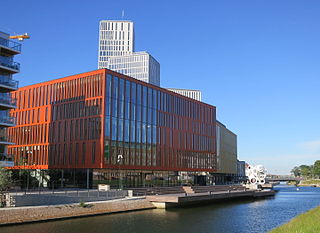 The Malmö Symphony Orchestra is a Swedish orchestra, based in Malmö. Since 2015, it has been resident at the Malmö Live Concert Hall. The orchestra has a complement of 94 musicians.

Juanjo Mena is a Spanish conductor. His brother Carlos is a countertenor and his sister Elena is a research chemist.

Alexander Alexandrovich Vedernikov was a Russian conductor. He held major posts with the Bolshoi Theatre the Odense Symphony Orchestra, the Royal Danish Opera, and the Mikhailovsky Theatre. 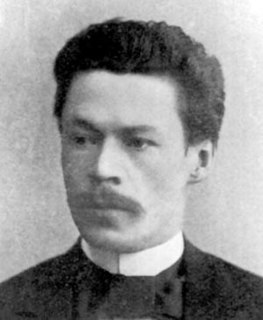 Dream on the Volga is an opera in four acts composed by Anton Arensky. The libretto was adapted by Arensky from Alexander Ostrovsky's melodrama Voyevoda. The opera premiered on January 2, 1891 at the Bolshoi Theatre in Moscow with Arensky conducting.

Stephen Bryant is an English violinist, best known as the leader of the BBC Symphony Orchestra.