Vato Gonzalez (born 6 June 1983 as Björn Franken) is a Dutch record producer, songwriter, artist, DJ, who is signed to Spinnin' Records and DOORN Records. Best known for his single Badman Riddim (Jump) (featuring Foreign Beggars), which reached No. 7 on the UK Singles Chart after a release on 19 June 2011. [1] [2]

Franken was born in Spijkenisse, Netherlands. As a teenager he developed an interest in graphic design before he started to focus on making music.

Between 2007 and 2009 Franken released 5 mixtapes in the 'Dirty House' series, It was around the time of this release he and this song started to gain mainstream attention.

Badman Riddim, in addition to a vocal version which featured UK hip-hop/grime/dubstep group Foreign Beggars and was given the new title Badman Riddim, began to start gaining airplay from some BBC Radio 1 DJs in the UK in late 2010. As attention for the single started to grow Franken was signed to Ministry of Sound and a music video was made for the song. The single was released in the UK on 19 June 2011 and entered the UK Singles Chart at No. 7, [1] [3] the first hit in the country for both acts involved.

Since late 2013, Franken signed to DOORN Records. He released his first song under the label, "Triplets Riddim" on 30 December 2013. There is a scheduled upcoming single "Bio Riddim" of which the release date will soon be announced. 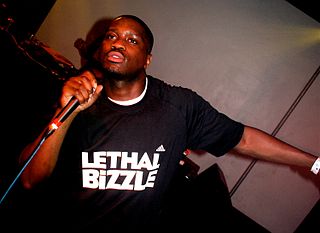 Maxwell Owusu Ansah, known by his stage name Lethal Bizzle, is a British rapper and actor from Walthamstow, London, of Ghanaian origin. He emerged in 2002 as a grime MC as part of More Fire Crew, with their grime single "Oi!" charting in the top 10 of the UK Singles Chart. His debut solo single "Pow! (Forward)" attracted attention for its aggressive content, charting at number 11 despite being banned from airplay and clubs. Although known notably for his single releases, Lethal Bizzle released his debut studio album, Against All Oddz, in 2005, followed by Back to Bizznizz in 2007.

"Pow! (Forward)" is a song released by English grime artist Lethal Bizzle. The track features guest appearances from a variety of underground grime artists. It was released on 25 October 2004 for digital download via iTunes and then released on 20 December 2004 as a single. It charted on 26 December 2004 at number 11 on the UK Singles Chart and currently stands as Lethal Bizzle's joint highest-charting solo single, along with "Rari WorkOut" and "Fester Skank".

Ian Greenidge, better known by his stage name Donae'o, is a British singer, songwriter and rapper from North-West London. He has worked with numerous British musicians throughout his career including Giggs, Lethal Bizzle, Dizzee Rascal, JME, and Calvin Harris. 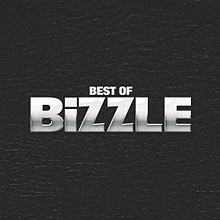 "Best of Bizzle" is a compilation album by grime MC, Lethal Bizzle. It was released on February 27, 2011 for digital download. The album features artists such as Mr Hudson, Donae'o, Dizzee Rascal, Tawiah, Kate Nash and Mark Ronson - along with Lethal Bizzle's fellow grime artists. The first single off the album, "Pow 2011", was released on February 6, 2011. The album consists of 27 songs.

"Badman Riddim (Jump)" is a song by Dutch DJ/producer Vato Gonzalez featuring vocals from British hip hop/grime group Foreign Beggars. It was released on 19 June 2011 as a digital download in the United Kingdom. It contains samples of "Gojira Tai Mosura", the theme song from the 1992 sci-fi film Godzilla vs. Mothra, by Japanese composer Akira Ifukube. The same sample was used in the Pharoahe Monch hit song "Simon Says". 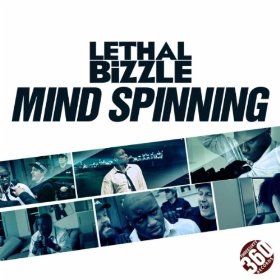 "Mind Spinning" is a single by UK independent grime artist Lethal Bizzle. It was released on 19 June 2011 for digital download. The track features chorus vocals by producer Shaun Barrett better known as Hypertone 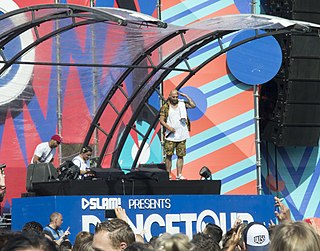 The Partysquad is a Dutch DJ production team. It consists of DJ Jerry and MC Ruben. Futtize also holds a semi-permanent position since 2011. Since the early 2000s they have had 12 singles charting on the Dutch Top 40. They produced part of British rapper M.I.A.'s fourth and fifth albums, Matangi, released in 2013, and AIM, released in 2016.

"Not a Saint" is a song by Dutch DJ & producer Vato Gonzalez featuring vocals from Lethal Bizzle and Donae'o. It was released on January 6, 2013 as a digital download in the United Kingdom. The song is a remix of Lethal Bizzle's single of the same name featuring Donae'o. The remix received positive feedback from the public and was subsequently released as a collaborative single. It has peaked at number 20 on the UK Singles Chart. 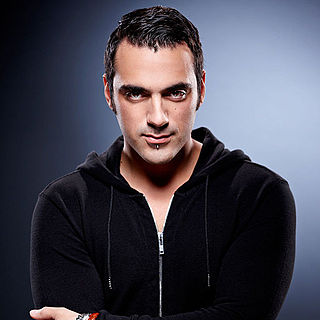 Ummet Ozcan is a Dutch–Turkish DJ and record producer from Putten, Gelderland. 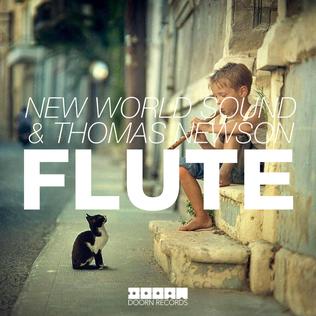 "Flute" is a song by Australian electronic DJ and record production duo New World Sound and Dutch DJ and Record producer Thomas Newson. The song was released in Australia as a digital download in November 25, 2013 through Doorn Records, Spinnin Records and Ministry of Sound Australia. The song was written and produced by New World Sound and Thomas Newson. The song charted in Belgium, France, Netherlands and Switzerland.

"Fester Skank" is a single by the English grime rapper Lethal Bizzle, featuring the Dutch electronic producer Diztortion. It was released on 12 April 2015 for digital download in the United Kingdom and was his first single to be released after signing to Virgin EMI Records. The song peaked at number 11 on the UK Singles Chart.

Tony Claessens, better known by his stage name Tony Junior, is a Dutch DJ and record producer from Utrecht. He has released a number of charting singles and is best known for his collaborations with DVBBS, Nervo and Tiësto.

Timotheus Romme, better known by his stage name Moti, is a Dutch electro house DJ and music producer from Amsterdam. MOTi's first release was "Circuits" in 2012, which was published on Afrojack's Wall Recordings. By the end 2012, MOTi had been commissioned for official remixes of Flo Rida, Tiësto, and Far East Movement. MOTi frequently releases singles on Spinnin Records and Tiësto's Musical Freedom label, and he has collaborated with artists such as Tiësto, Major Lazer and Dzeko & Torres. His 2014 collaboration with Martin Garrix, "Virus ", reached No. 27 on the Dutch Single Top 100. Frequently on tour, MOTi has performed at major festivals such as Amsterdam Dance Event, Creamfields UK, Nocturnal Wonderland, and Tomorrowland.

Jasper Helderman, better known by his stage name Alvaro, is a Dutch record producer, songwriter, and DJ. His music is mostly electro house and progressive house. He is best known for his single "Welcome to the Jungle", which reached #3 on the Beatport main chart in June 2013 on Hardwell’s Revealed Recordings. He also produced "The Underground" on Spinnin' Records and more recently "Guest List" on Tiësto's label Musical Freedom, all of which ended up in the top 5 of the Beatport top 100.

Mikkel Kauczki Cox, better known by his stage name Mike Hawkins, is a Danish DJ and record producer. Throughout his career, he has performed in a series of countries, which include Belgium, the Netherlands and the United States. 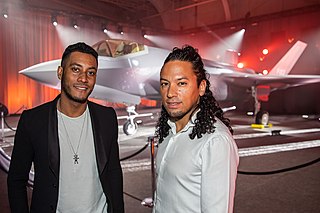 Sunnery James & Ryan Marciano is a Dutch DJ and record production duo from Amsterdam, composed of Sunnery Gorré and Ryan de Lange. Both DJs are of Surinamese descent.

Lvndscape is a group of Dutch deep house and tropical house producers, currently represented by DJ Lars de Vos. The group were formerly represented by Nick Baas and are signed to Spinnin' Records.