Born in Liverpool, [1] Dart was educated privately. She became a social worker, and during World War II was the Women's Voluntary Service's administrator for North West England. For her efforts, she was made an Officer of the Order of the British Empire in 1941. Later in the war, she joined the Ministry of Works, and opened canteens at open-cast mining sites. [2] [3]

Dart became active in the Labour Party, and stood unsuccessfully in Tonbridge at the 1945 United Kingdom general election. At the 1946 London County Council election, she was elected in Hammersmith South. She lost her seat in 1949, but was instead appointed as an alderman. At the 1950 and 1951 United Kingdom general elections, Dart stood unsuccessfully in Southgate. Thereafter, she devoted her time to the county council, serving as chair of its children's committee from 1949 until 1952, and for a year on the Central Training Council on Child Care. [2]

Candice Kathleen Atherton was a British Labour politician and journalist. After serving as a councillor in Islington, where she was mayor, she was Member of Parliament (MP) for Falmouth and Camborne from 1997 to 2005. Up until her death she lived in Cornwall and was a member of its local Council.

Gerald Austin Gardiner, Baron Gardiner, was a British Labour politician, who served as Lord High Chancellor of Great Britain from 1964 to 1970 and during that time he introduced into British law as many reforms as any Lord Chancellor had done before or since. In that position he embarked on a great programme of reform, most importantly setting up the Law Commission in 1965. 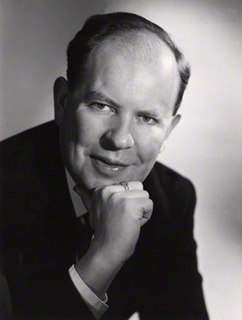 Reginald Ernest Prentice, Baron Prentice, PC was a British politician who held ministerial office in both Labour and Conservative Party governments. He was the most senior Labour figure ever to defect to the Conservative party.

Edith Clara Summerskill, Baroness Summerskill, was a British physician, feminist, Labour politician and writer. She was appointed to the Privy Council in 1949.

Freda Corbet was a British Labour politician. Born in London, Corbet spent some time as a teacher in Cornwall before moving back to London to work with her husband in his shop. The couple were both members of the Independent Labour Party and were elected as councillors on London County Council in 1934. There she served on the education committee, helping to introduce comprehensive schools to the city. 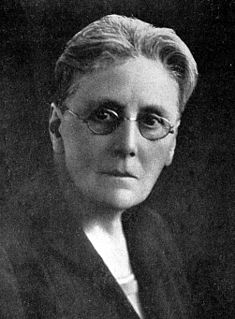 Dr. Ethel Bentham, was a progressive doctor, a politician and a suffragist in the United Kingdom. She was born in London, educated at Alexandra School and College in Dublin, the London School of Medicine for Women and the Rotunda Hospital.

Anthony (Tony) Freire Marreco was a British barrister. He was Junior Counsel at the Nuremberg Trials, and later a founding director of Amnesty International. He was also known for his romantic liaisons, marrying four times and having numerous other affairs.

Sir Arthur James Irvine, QC PC was a British barrister and politician. He was the Labour MP for Liverpool Edge Hill from the 1947 by-election until he died aged 69.

Mary Danvers Stocks, Baroness Stocks was a British writer. She was closely associated with the Strachey, the Wedgwood and the Ricardo families. Her family was deeply involved in changes in the Victorian Era and Stocks herself was deeply involved in women's suffrage, the welfare state, and other aspects of social work.

Ernest Kinghorn was a British Labour Party politician who sat in the House of Commons from 1945 to 1951. Kinghorn was born in Leeds, and became a teacher after studying at the universities of Leeds, Basle and Lille. During World War II he served as an intelligence officer with the Royal Air Force, and in 1945 he was a staff officer with the Control Commission in Germany.

Mary Monica Whately was a British suffragist and political activist.

Patricia Frances Elizabeth Strauss, Lady Strauss was a British politician and patron of the arts.

Irene Chaplin was a German-born British politician who served on London County Council.

Amy Sayle was a British politician and health visitor.