Veronica Dunne (2 August 1927 – 5 April 2021), also known as Ronnie Dunne, [1] was an Irish operatic soprano and voice teacher who was described as "an Irish national treasure". [2] After a successful operatic career at the Dublin Opera and the Royal Opera House in London, she focused on voice teaching in Dublin, where she trained future international singers. The triennial Veronica Dunne International Singing Competition, was established in 1995. She received the National Concert Hall Lifetime Achievement Award in 2014. Not to be confused with actress Veronica Dunne.

Dunne was born in Dublin [3] on 20 August 1927. [4] She was the youngest of three children of a well-to-do family. [5] [6] Her father worked as a master builder whose construction firm built the church in Foxrock in the early 1930s. [6] Dunne began singing when she was 11 years old. [5] She studied initially in Dublin with Hubert Rooney. [1] She then sold her pony for £125 in order to fund her dream of studying music in Italy. [5] She went to Rome in 1946 to study with Soldini Calcagni and Francesco Calcatelli. [1] Her family met with Sarsfield Hogan, the secretary of the Department of Finance at the time, to discuss the issue of her monthly allowance, which would have breached foreign exchange controls. Sarsfield permitted her to receive the money on the condition that she return to Ireland in the future and teach her young compatriots to sing. [5]

Dunne made her operatic debut in Dublin in 1948 as Micaëla in Bizet's Carmen with the Dublin Grand Opera Society, [3] and appeared there in 1949 as Marguerite in Gounod's Faust . [1] She won the Concorso Lirico Milano in 1952, which brought her the role of Mimì in Leoncavallo's La bohème at the Teatro Nuovo in Milan, which in turn brought her a contract from the Royal Opera House in London, [1] where she first appeared as Sophie in Der Rosenkavalier by Richard Strauss. [7] She performed at the house alongside Joan Sutherland and Kathleen Ferrier. [8] In 1958, she appeared as Blanche in the first performance at the house of Poulenc's Dialogues of the Carmelites . [7] She also performed with Welsh National Opera, Scottish Opera, and Wexford Festival Opera. [1] [9] She returned to the stage in 2002 to appear as Countess in Tchaikovsky's Pique Dame at the Gaiety Theatre in Dublin. [7]

Dunne was appointed a vocal teacher at the then Dublin College of Music (today Technical University Conservatory of Music and Drama) in 1962. She was awarded an honorific doctorate in 1987. [3] She retired in 1992, but continuing to teach at the Leinster School of Music and the Royal Irish Academy of Music. [3] [1] Dunne's students included Patricia Bardon, [13] Orla Boylan, [7] Mary Brennan, [7] Tara Erraught, [5] Lynda Lee, [14] Colette McGahon, Anthony Kearns, [7] Suzanne Murphy, [15] and Finbar Wright, [16] who have all sung in the major international opera houses. In 2014, aged 87, she continued to teach 39 hours a week. [17]

Dunne married Peter McCarthy in 1953; the couple had two children. [3]

Dunne died at the age of 93, announced on 5 April 2021. Irish President Michael D. Higgins paid tribute to Dunne, saying that she "captivated millions with her singing" and adding, "The legacy she leaves lies in the talents of those scores of others whose talents and performances she unlocked with her enthusiasm, energy and commitment as a teacher and friend." [3] [19] 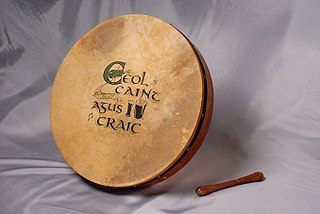 The Royal Irish Academy of Music (RIAM) in Dublin, Ireland, is one of Europe's oldest music conservatoires, specialising in classical music and the Irish harp. It is located in a Georgian building on Westland Row in Dublin. An institution which offers tuition from age 4 up to doctorate level, the RIAM has taught music performers and composers who have gone on to acclaim on the world stage. It is an associate college of the University of Dublin, Trinity College. 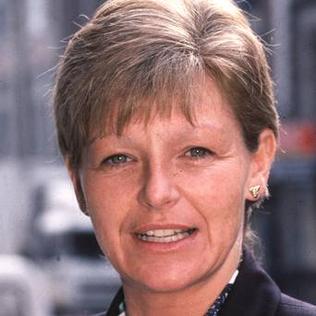 Veronica Guerin was an Irish crime reporter who was murdered by drug lords. Born in Dublin, she was an athlete in school, and later played on the Irish national teams for both football and basketball. After studying accountancy she ran a public-relations firm for seven years, before working for Fianna Fáil and as an election agent for Seán Haughey. She became a reporter in 1990, writing for the Sunday Business Post and Sunday Tribune. In 1994 she began writing about crime for the Sunday Independent. In 1996 she was fatally shot while stopped at a traffic light. The shooting caused national outrage in Ireland. Investigation into her death led to a number of arrests and convictions. 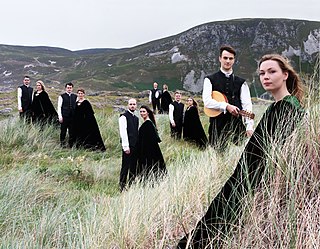 Anúna is a choral ensemble based in Ireland. Founded in 1987 by Irish composer Michael McGlynn under the name An Uaithne, taking the current name in 1991, and in 2010 becoming "Anúna, Ireland's National Choir," the group has recorded 17 albums, and achieved a high level of international success, including a significant role in Riverdance from 1994 to 1996. Almost all of their repertoire is composed or arranged by McGlynn.

Bernadette Greevy was an Irish mezzo-soprano. She was founder and artistic director of the Anna Livia Dublin International Opera Festival. She was the first artist-in-residence at the Dublin Institute of Technology's Faculty of Applied Arts.

Sylvia O'Brien is a Dublin-born soprano who has sung leading roles with English Touring Opera, including the Governess in Benjamin Britten's The Turn of the Screw, Gabiella in Strauss' Vienna Spirit and Costanze in Mozart's Die Entführung aus dem Serail. She has also sung as a soloist with the Irish Chamber Orchestra and the RTÉ National Symphony Orchestra.

The Leinster School of Music & Drama, in Dublin, Ireland]], provides tuition and examinations in music and drama throughout Ireland.

Micheal O'Siadhail is an Irish poet. Among his awards are The Marten Toonder Prize and The Irish American Culture Institute Prize for Literature.

Seóirse Bodley is an Irish composer and former associate professor of music at University College Dublin (UCD). He has been the first composer to become a Saoi of Aosdána in 2008. Bodley is widely regarded as one of the most important composers of twentieth-century art music in Ireland, having been "integral to Irish musical life since the second half of the twentieth century, not just as a composer, but also as a teacher, arranger, accompanist, adjudicator, broadcaster, and conductor". 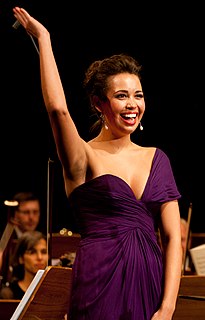 Nadine Sierra is an American soprano. She is most well known for her interpretation of Gilda in Verdi's Rigoletto, and Lucia in Donizetti's Lucia di Lammermoor. Currently performing in leading roles in the top opera houses around the world, she received the 1st Prize and People's Choice Award 2013 at the Neue Stimmen competition, is the 2017 Richard Tucker Music Foundation Award Winner, and was awarded the Beverly Sills Artists Award in 2018. Her debut album on the Universal Music Group label, There's a Place for Us, was released on August 24, 2018. 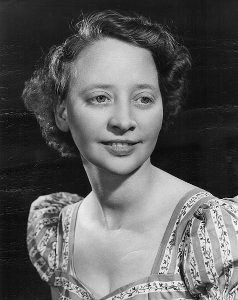 Anne Sharp was a Scottish coloratura soprano particularly associated with the operas of Benjamin Britten.

Lynn Boylan is an Irish Sinn Féin politician who has served as a Senator for the Agricultural Panel since April 2020. She previously served as a Member of the European Parliament (MEP) for the Dublin constituency from 2014 to 2019.

Pumeza Matshikiza is a South-African operatic soprano. A graduate of the Royal College of Music and a member of the Royal Opera's Jette Parker Young Artists Programme from 2007 to 2009, she made her début as a flower maiden in Parsifal and has gone on to sing leading soprano roles with Stuttgart Opera. Matshikiza has released two solo albums on the Decca Classics label.

Tara Erraught is an Irish mezzo-soprano, a graduate of the Royal Irish Academy of Music (RIAM).

Celine Byrne is an Irish soprano.

Veronica Dunne may refer to:

Anja Augustin is a German soprano in opera and concert, oratorio and lied. She appeared in the title roles of musicals, such as My Fair Lady and Evita.

John Gilhooly OBE OSI is the Artistic and Executive Director of Wigmore Hall, a central London chamber music venue. When Gilhooly became Artistic Director of Wigmore Hall in 2005, he was "the youngest director of an internationally acclaimed concert hall". Since 2010 he has been Chairman of the Royal Philharmonic SocietyThe Royal Philharmonic Society is one of the oldest music societies in the world. He has been the instigator and executive editor of Wigmore Hall’s Livestream programme from an empty Hall during the Covid-19 crisis which has attracted 6 million views and raised £1 m.