Vigil in the Night (novella)

Vigil in the Night is a serial novella by A. J. Cronin, initially published in 1939 in Good Housekeeping magazine. It tells the tale of two nurses: Anne Lee, who devotes herself to serving others, and her younger sister, Lucy, who tries to get everything in life for herself. When Lucy’s negligence causes the death of a young patient, Anne takes the blame to protect her sister, an act that threatens to destroy the bright career that lies before her. The story was printed in book form by various publishers and was adapted into a film, Vigil in the Night (1940). 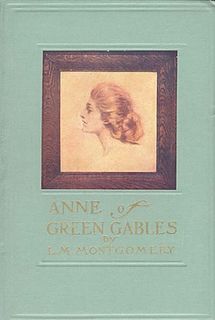 Anne of Green Gables is a 1908 novel by Canadian author Lucy Maud Montgomery. Written for all ages, it has been considered a classic children's novel since the mid-twentieth century. Set in the late 19th century, the novel recounts the adventures of Anne Shirley, an 11-year-old orphan girl, who is mistakenly sent to two middle-aged siblings, Matthew and Marilla Cuthbert, who had originally intended to adopt a boy to help them on their farm in the fictional town of Avonlea in Prince Edward Island, Canada. The novel recounts how Anne makes her way through life with the Cuthberts, in school, and within the town.

Lucy Pevensie is a fictional character in C. S. Lewis's The Chronicles of Narnia series. She is the youngest of the four Pevensie children, and the first to find the Wardrobe entrance to Narnia in The Lion, the Witch and the Wardrobe. Of all the Pevensie children, Lucy is the closest to Aslan. Also, of all the humans who have visited Narnia, Lucy is perhaps the one that believes in Narnia the most. She is ultimately crowned Queen Lucy the Valiant, co-ruler of Narnia along with her two brothers and her sister. Lucy is the central character of the four siblings in the novels. Lucy is a principal character in three of the seven books, and a minor character in two others. 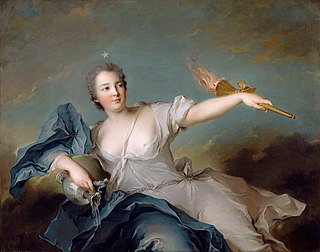 Marie Anne de Mailly-Nesle, duchesse de Châteauroux was the youngest of the five famous de Nesle sisters, four of whom would become the mistress of King Louis XV of France. She was his mistress from 1742 until 1744.

Anne of the Island is the third book in the Anne of Green Gables series, written by Lucy Maud Montgomery about Anne Shirley.

Louise Julie de Mailly-Nesle, comtesse de Mailly (1710–1751) was the eldest of the five famous de Nesle sisters, four of whom would become the mistress of King Louis XV of France. She was his mistress from 1732 until 1742.

Anne of Green Gables is a 1934 film directed by George Nicholls, Jr., based upon the 1908 novel Anne of Green Gables by Lucy Maud Montgomery. The actress formerly billed as Dawn O'Day, who portrayed the title character of Anne Shirley, changed her stage name to Anne Shirley in which she was so billed in this film and subsequent roles. The film's sequel is Anne of Windy Poplars.

Strait-Jacket is a 1964 American horror film directed and produced by William Castle, written by Robert Bloch and starring Joan Crawford. Its plot follows a woman who, having committed a double-murder of her husband and his lover decades prior, is suspected of a series of axe murders following her release.

Anne Frank and Me is a 2001 novel by husband-wife writing team Cherie Bennett and Jeff Gottesfeld. Inspired by the life of Anne Frank, it follows the story of a teenage girl named Nicole Burns. The story was adapted as a play in 1996 in New York City, written and directed by Cherie Bennett. 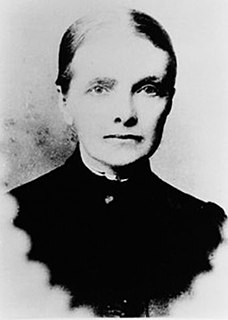 Lucy Catherine Lloyd was the creator, along with Wilhelm Bleek, of the 19th-century archive of ǀXam and !Kung texts.

Lucy (1990) is a short novel or novella by Jamaica Kincaid. The story begins in medias res: the eponymous Lucy has come from the West Indies to the United States to be an au pair for a wealthy white family. The plot of the novel closely mirrors Kincaid's own experiences. 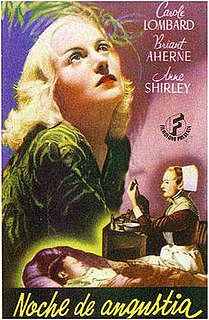 Vigil in the Night is a 1940 film based on the 1939 serialized novel Vigil in the Night, by A. J. Cronin. The film was produced and directed by George Stevens and stars Carole Lombard, Brian Aherne and Anne Shirley. 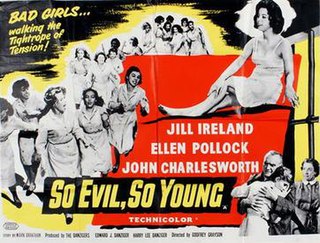 So Evil, So Young is a 1961 British Technicolor reform school prison film produced by the Danzigers, directed by Godfrey Grayson, and starring Jill Ireland and Ellen Pollock.

The Woman in White (1997) is a BBC television adaptation based on the 1859 novel of the same name by Wilkie Collins. Unlike the epistolary style of the novel, the 2-hour dramatisation uses Marian as the main character. She bookends the film with her narration.

Lucy Beale is a fictional character from the BBC soap opera EastEnders. The character was played by Eva Brittin-Snell, Casey Anne Rothery, Melissa Suffield, and Hetti Bywater. Lucy was introduced in December 1993 as the baby daughter of Ian and Cindy Beale. She is the twin sister of Peter Beale, and has three half siblings, older brother Steven Beale, younger sister Cindy Williams and younger brother Bobby Beale.

47 Natkal is a 1981 Indian Tamil-language drama film directed by K. Balachander starring Chiranjeevi, Jaya Prada, Sarath Babu and Ramaprabha. It was simultaneously made in Telugu-language as 47 Rojulu. Actress Saritha plays herself in a guest role. The film is based on the namesake novel by Sivasankari. It marked the Tamil debut for Chiranjeevi. 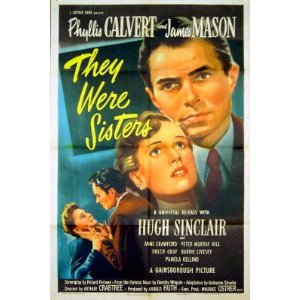 The Black Torment is a 1964 British gothic horror film directed by Robert Hartford-Davis and starring John Turner, Heather Sears and Ann Lynn. The film is set in 18th-century Devon and was scripted by brothers Donald and Derek Ford. In terms of plot and setting it shares many similarities with the Hammer Horror productions of the 1960s, but was made by a smaller studio, Compton Films.

The Pontifical Institute of the Religious Teachers Filippini, known also as the Sisters of St. Lucy Filippini, or simply the Filippini Sisters, is a Catholic religious institute devoted to education. They were founded in Italy in 1692 by Saint Lucy Filippini and Cardinal Marcantonio Barbarigo. The Religious Teachers Fillippini operate schools, hospitals, orphanages, and engage in other ministries in Albania, Brazil, Eritrea, Ethiopia, India, Italy, Ireland, Switzerland, the United Kingdom, and the United States.

How to Be Single is a 2016 American romantic comedy film directed by Christian Ditter and written by Abby Kohn, Marc Silverstein and Dana Fox, based on the novel of the same name by Liz Tuccillo. It stars Dakota Johnson, Rebel Wilson, Damon Wayans Jr., Anders Holm, Alison Brie, Nicholas Braun, Jake Lacy, Jason Mantzoukas, and Leslie Mann. It was released on February 12, 2016, by Warner Bros. Pictures.

"End of the World" is the sixth episode of the fourth season of the NBC sitcom Parks and Recreation and the 52nd episode overall. It originally aired in the United States on November 3, 2011. "End of the World" was written by Michael Schur and was directed by Dean Holland. The episode features a doomsday cult, the Reasonabilists, who predict that the world is coming to an end.