After finishing his athletics career Tsybulenko served in the Soviet Army, retiring in 1985 with a rank of colonel. He then returned to the javelin throw and won the 1994 World Masters Championships. [2]

Tsybulenko was born in village of Vepryk, Fastiv Raion in 1930. [1] In 1931 father of Viktor, Serhiy Tsybulenko, was "dekurkulized" (Dekulakization, a process of taking away personal property from peasants by the Soviet state) and in 1933 Tsybulenko family moved to Kyiv running away from further persecutions. [1] In Vepryk Tsybulenko family used to own 20 a (0.49 acres) of land and horses that died ithree months after being taken away to collective farm (kolkhoz). [1] On the son's question why Serhiy Tsybulenko did not foresee the situation and join the collective farm, he answered that after being labeled as "kurkul", he could not do that. [1] Viktor Tsybulenko testified that in 1933 a lot of people died from famine, but his grandma unlike most villagers had a root cellar in her house, which the Soviet prodotryads (food requisitioning detachment) were not able to reach. [1] 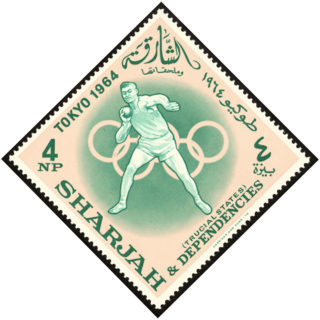 The men's shot put was one of four men's throwing events on the Athletics at the 1964 Summer Olympics program in Tokyo. It was held on 17 October 1964. 25 athletes from 15 nations entered, with 3 not starting in the qualification round. The maximum number of athletes per nation had been set at 3 since the 1930 Olympic Congress. The event was won by Dallas Long of the United States, the nation's fifth consecutive and 13th overall victory in the men's shot put. His teammate Randy Matson took silver, making 1964 the fifth straight Games the Americans had finished one-two. A second consecutive sweep was prevented when Vilmos Varju of Hungary took third over American Parry O'Brien. Long was the sixth man to win two shot put medals ; Matson would later become the seventh. O'Brien's fourth place finish kept him from being the first man to win four—he had taken gold in 1952 and 1956 and silver in 1960. 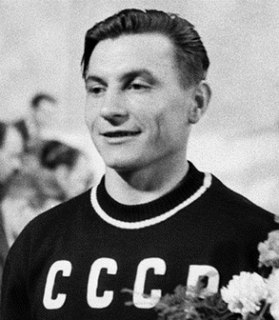 Viktor Ivanovich Chukarin was a Soviet gymnast. He won eleven medals including seven gold medals at the 1952 and 1956 Summer Olympics and was the all-around world champion in 1954. He was the most successful athlete at the 1952 Summer Olympics. 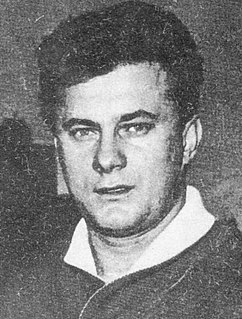 Janusz Jan Sidło was a Polish javelin thrower. He competed at the 1952, 1956, 1960, 1964, and 1968 Olympics and finished in 18th, 2nd, 8th, 4th and 7th place, respectively. He was awarded the Officer's Cross of the Order of Polonia Restituta and later the Knight's Cross. During his long career Sidło won 14 national titles and competed in five European Championships, winning them in 1954 and 1958 and medalling in 1969. 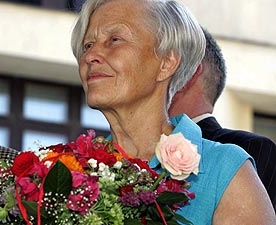 Inese Jaunzeme was a Latvian javelin thrower who won a gold medal at the 1956 Olympics.

Tsybulenko is a surname of Ukrainian origin. The surname, Tsybulenko, was created by adding the Ukrainian patronimic suffix, -enko, to word.

Viktor Aleksandrovich Yevsyukov is a retired javelin thrower who represented the Soviet Union and later Kazakhstan during his active career. He won the silver medal at the 1987 World Championships in Rome. 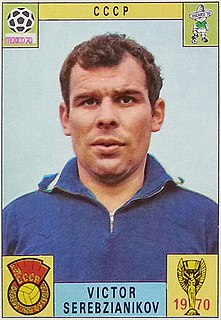 Viktor Illarionovich Ivchenko was a film director and writer in Soviet Ukraine. 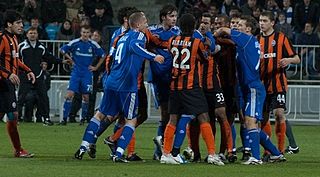 Klasychne derby, or the Ukrainian football rivalry is the football match between the two top Ukrainian clubs FC Dynamo Kyiv and FC Shakhtar Donetsk. The game between those two clubs is a focal point of each football season in Ukraine. 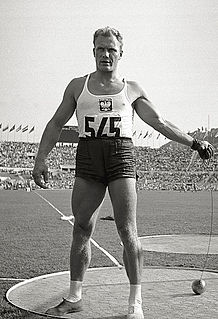 The men's hammer throw at the 1960 Summer Olympics took place on September 2 (qualifying) and September 3 (final) at the Stadio Olimpico. The qualifying standards for the 1960 event were 60 m. There were 28 competitors from 18 nations. The maximum number of athletes per nation had been set at 3 since the 1930 Olympic Congress. The event was won by Vasily Rudenkov of the Soviet Union, the nation's first victory in the event. Gyula Zsivótzky took silver, Hungary's fourth medal in the last four Games in the men's hammer throw. Tadeusz Rut's bronze was Poland's first medal in the event. 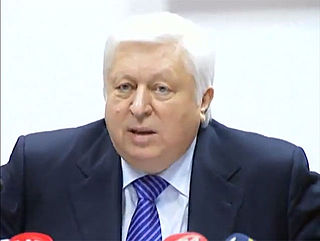 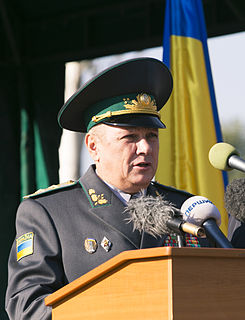 Viktor Nazarenko is a Ukrainian military leader, Soviet veteran of the Afghan war (1979–89) and doctor of military sciences.

Viktor Nikolaevich Dobrovolsky, was a Soviet and Ukrainian film and theater actor. People's Artist of the USSR (1960).

Viktor Kompaniyets is a Ukrainian former athlete. He competed in the men's discus throw at the 1960 Summer Olympics and the 1964 Summer Olympics, representing the Soviet Union.