DeDomenico was born in San Francisco, California and raised in the city's Mission District. [2] He graduated from Mission High School, and took some business and accounting classes at Golden Gate University (then known as Golden Gate College). [2] Because his family did not have enough money for a full college education, he began working for the family business, the Gragnano Macaroni Factory, immediately after graduating. [2] When his father died in 1933 he and his brothers took over the business, now called Golden Grain Macaroni Company. [2] He and his brothers invented the dried rice mixture Rice-A-Roni in 1958. [1]

In 1964 DeDomenico bought San Francisco Ghirardelli Chocolate Company, and built the company to the status of a world-famous chocolatier. [2] The DeDomenicos sold both companies to the Quaker Oats Company in 1986 for $300 million.

The next year, Vincent DeDomenico, at the age of 72, [1] joined two other investors, Jack Hussey and Dr. Lee Block, who had purchased the right of way to an 1864 Southern Pacific rail line in Napa Valley, California. [3] DeDomenico and his wife had ridden the Orient Express, and had a vision of creating a comparable level of wine, food, and luxury for rail passengers in California. He took over the project and won approval to use the line for the new tourism venture, the Napa Valley Wine Train, after years of local opposition. [2] The wine train began operation in 1989. It now carries 100,000 passengers per year and is credited in part with initiating the rise of downtown Napa, California as a tourism destination, despite constant litigation over flood control, increased congestion, and other issues that continues as of 2007. [3] On the 10th anniversary of the train's operation, DeDomenico was honored with the Walter E. Disney Railroader Award by the Carolwood Pacific Historical Society for restoring and preserving the vintage train.

In later years DeDomenico operated a ranch in the Sacramento Valley. He went to work until the day that he died, dying quietly in his sleep after a full day at the wine train office. [2] DeDomenico was married to Mildred DeDomenico for over 60 years, until his death. [2] DeDemenico was described by friends and adversaries as a persistent and tough businessman, but quiet and courteous in private. [2] [3] A private family man, DeDomenico enjoyed 1-2 glasses of wine per day. [2] 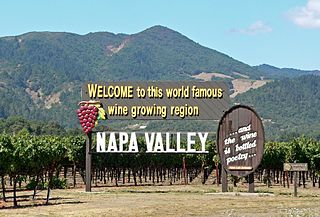 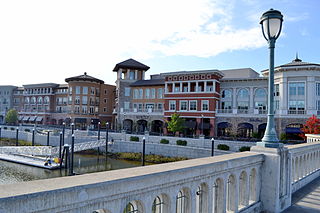 Napa is the largest city and the county seat of Napa County. It is the principal city of the Napa County Metropolitan Statistical Area, with a population of 76,915 as of the 2010 census. It is the second-largest city in California's Wine Country, after Santa Rosa. Napa was incorporated as a city in 1872. 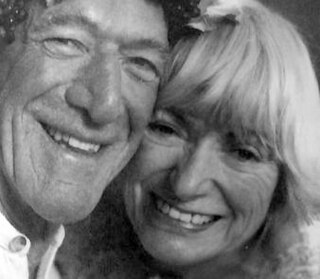 Robert Gerald Mondavi was an American winemaker. His technical and marketing strategies brought worldwide recognition for the wines of the Napa Valley in California. From an early period, Mondavi promoted labeling wines varietally rather than generically, which became the standard for New World wines. The Robert Mondavi Institute (RMI) for Wine and Food Science at the University of California, Davis opened in October 2008 in his honor. 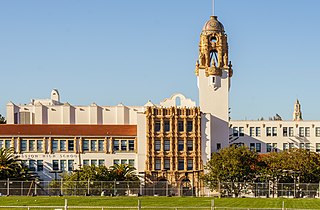 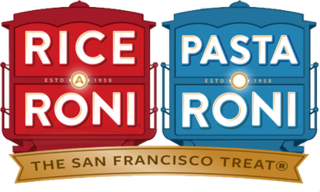 Rice-A-Roni is a product of PepsiCo's subsidiary the Quaker Oats Company. It is a pilaf-like boxed food mix that consists of rice, vermicelli pasta, and seasonings. To prepare, the rice and pasta are browned in butter, then water and seasonings are added and simmered until absorbed.

The Napa Valley Wine Train is a privately operated excursion train that runs between Napa and St. Helena, California. Much of the rail line parallels State Route 29 after leaving the City of Napa and passes the towns of Yountville, Rutherford and Oakville. The route passes by many the region's vineyards and wineries located in Napa County.

California wine has a long and continuing history, and in the late twentieth century became recognized as producing some of the world's finest wine. While wine is made in all fifty U.S. states, up to 90% of American wine is produced in the state. California would be the fourth largest producer of wine in the world if it were an independent nation.

Gustave Ferdinand Niebaum was a Finnish winemaker and captain.

Copia: The American Center for Wine, Food & the Arts was a non-profit museum and educational center in downtown Napa, California, dedicated to wine, food and the arts of American culture. The center, planned and largely funded by vintners Robert and Margrit Mondavi, was open from 2001 to 2008. The 78,632-square-foot (7,305.2 m2) museum had galleries, two theaters, classrooms, a demonstration kitchen, a restaurant, a rare book library, and a 3.5-acre (1.4 ha) vegetable and herb garden; there it hosted wine and food tasting programs, exhibitions, films, and concerts. The main and permanent exhibition of the museum, "Forks in the Road", explained the origins of cooking through to modern advances. The museum's establishment benefited the city of Napa and the development and gentrification of its downtown.

Duckhorn Vineyards is a winery outside St. Helena, California, specializing in Merlot wines. 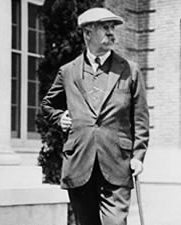 William Bowers Bourn II was an American entrepreneur and socialite. Bourn ran and controlled the Empire Mine and the San Francisco Gas Company, he was an investor in Spring Valley Water Company, and he led a merger to what later became Pacific Gas and Electric Company. Bourn II was the builder of many estates in California, including Filoli, the country estate in San Mateo County, California.

Beringer Vineyards is a large winery in St. Helena, California. Founded in 1876, Beringer Vineyards is "the oldest continuously operating winery in the Napa Valley", and is listed under both the National Register of Historical Places and as a California Historical Landmark. In 1934 it was the first California winery to offer public tours and wine tasting following the repeal of Prohibition. In 1939, Beringer invited attendees of the Golden Gate International Exposition to visit the winery; the winery also invited Hollywood stars including Clark Gable, Charles Laughton, and Carole Lombard to visit.

Pailadzo Captanian, was a survivor of the Armenian Genocide and an author. She is also credited with inspiring the creation of Rice-A-Roni which is based on her own recipe of Armenian pilaf.

Hagafen Cellars is a winery located in the Napa Valley. Founded in 1979, it was the first kosher winery in California, and is "the first of the upscale kosher brands." The winery is owned and operated by winemaker Ernie Weir and his wife, Irit Weir.