Both universities are expected to increase the biomedical research. Recently, the school has taken ownership of three new research facilities over the past year for a total of over 80,000 square feet of dedicated biomedical engineering research and teaching space at both Virginia Tech and Wake Forest University. [2]

Currently the school has 76 tenure track faculty (25 primary and 51 joint) as well as an additional 68 affiliate faculty appointments in the biomedical program. The school has a growth plan that has added 45 faculty in the past 3 years. Over the past academic year, the biomedical engineering faculty have published 200 journal papers and an additional 200 conference papers. [3] 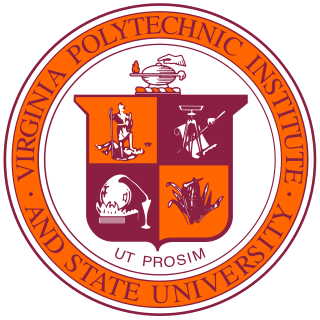 Virginia Tech is a public land-grant research university with its main campus in Blacksburg, Virginia. It also has educational facilities in six regions statewide and a study-abroad site in Riva San Vitale, Switzerland. Through its Corps of Cadets ROTC program, Virginia Tech is a senior military college.

Sirindhorn International Institute of Technology (SIIT) is a semi-autonomous institute of technology established in 1992 within Thammasat University. It is located in Pathum Thani, Thailand. One of Thailand's research universities, it offers science, technology and engineering education, as well as related management programs. All are international programs, with English language as a medium of instruction. The institute is part of the Links to Asia by Organizing Traineeship and Student Exchange network, an international consortium of universities in Europe and Asia.

The University of Engineering and Technology, Lahore is a public university located in Lahore, Punjab, Pakistan specializing in science, technology, engineering and mathematics (STEM) subjects. It is the oldest and one of the most selective engineering institutions in Pakistan.

Romesh C. Batra is the Clifton C. Garvin Professor of Engineering Science and Mechanics at Virginia Polytechnic Institute and State University, Blacksburg, Virginia. He was born in Village Dherowal, Punjab, India. His family migrated from Dherowal to Shahabad Markanda, Haryana, India after India became an independent country. Dr. Batra has authored the book, “Elements of Continuum Mechanics”, AIAA. His research group has published in reputable refereed and widely read journals more than 400 papers of which about 40 are single-authored and nearly 300 have two authors; these are documented on the website http://www.beam.vt.edu/batra

The School of Public and International Affairs (SPIA) at Virginia Tech offers graduate and undergraduate education in the fields of public administration, public policy, international affairs, urban affairs, and urban & regional planning. It has three campuses throughout Virginia: Arlington; Blacksburg and Richmond. 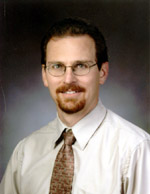 Kevin P. Granata was an American professor in multiple departments including the Departments of Engineering, Science and Mechanics and Mechanical Engineering at Virginia Polytechnic Institute and State University, in Blacksburg, Virginia. Granata held an additional academic appointment as a professor in the Virginia Tech-Wake Forest School of Biomedical Engineering and was an adjunct professor at the University of Virginia in the Department of Orthopedic Surgery. During the Virginia Tech shooting, he shepherded students into his office in order to safeguard them. He was then killed by Seung-Hui Cho after he went to investigate and intervene.

The College of Agriculture and Life Sciences is one of eight colleges at Virginia Tech with a three-part mission of learning, discovery, and engagement and it is one of the best agriculture programs in the nation. It has more than 3,100 undergraduate and graduate students in a dozen academic departments. In 2013, the National Science Foundation ranked Virginia Tech No. 6 in the country for agricultural research expenditures, much of which originated from the College of Agriculture and Life Sciences.

The Henry Samueli School of Engineering (HSSoE) is the academic unit of the University of California, Irvine that oversees academic research and teaching in disciplines of the field of engineering. Established when the campus opened in 1965, the school consists of five departments, each of which is involved in academic research in its specific field, as well as several interdisciplinary fields. The school confers Bachelor of Science, Master of Science, and Doctor of Philosophy degrees.

The College of Architecture and Urban Studies at Virginia Tech consists of four schools, including the School of Architecture + Design, which consistently ranks among the best in the country. Headquartered in Blacksburg, Virginia, the college also has sites in Alexandria, Virginia and Riva San Vitale, Switzerland. Spread out among these three locations, the college consists of nearly 2,200 students, making it one of the largest schools of architecture in the nation.

The College of Natural Resources and Environment at Virginia Tech contains academic programs in forestry, fisheries, wildlife sciences, geography, and wood science. The college contains four departments as well as a graduate program in the National Capital Region and a leadership institute for undergraduates. 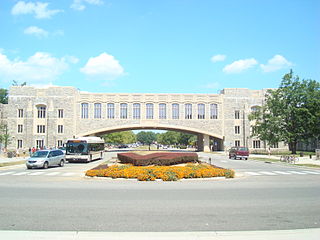