Last updated April 30, 2022
Title in the peerage of Ireland

The heir presumptive and last in line to the titles is the present holder's younger brother, the Hon. Charles Anthony John Southwell (born 1962).

Earl of Onslow, of Onslow in the County of Shropshire and of Clandon Park in the County of Surrey is a title in the Peerage of the United Kingdom. It was created in 1801 for George Onslow, 4th Baron Onslow. The Onslow family descends from Arthur Onslow, who represented Bramber, Sussex and Guildford in the House of Commons. He was the husband of Mary, daughter of Thomas Foote, Lord Mayor of London in 1649, who had been created a Baronet in 1660. In 1674 Onslow was himself created a Baronet in the Baronetage of England, with the precedence of 1660. 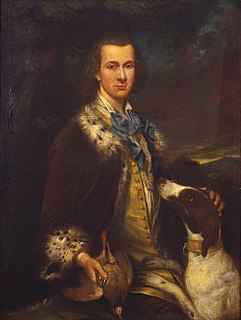 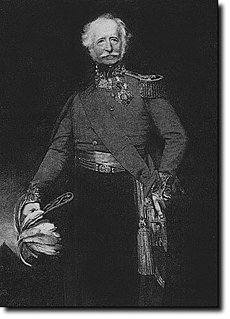 Viscount Gough, of Goojerat in the Punjab and of the city of Limerick, is a title in the Peerage of the United Kingdom. It was created in 1849 for the military commander Hugh Gough, 1st Baron Gough. 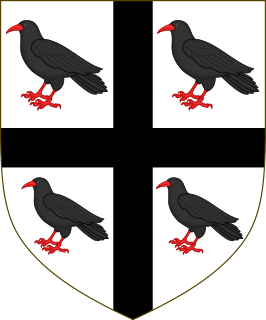 Lord Aylmer, Baron of Balrath, in the County of Meath, is a title in the Peerage of Ireland. It was created in 1718 for the naval commander Matthew Aylmer, the second son of Sir Christopher Aylmer, 1st Baronet, of Balrath. Lord Aylmer's son, the second Baron, represented Rye in the House of Commons. The latter's grandson, the fourth Baron, succeeded his kinsman as seventh Baronet, of Balrath, in 1776. The titles remain united. He was succeeded in both titles by his son, the fifth Baron. He was a general in the Army and served as Governor General of Canada from 1830 to 1835. Lord Aylmer assumed by Royal licence the additional surname of Whitworth in 1825 on the death of his uncle Charles Whitworth, 1st Earl Whitworth. On his death the titles passed to his younger brother, the sixth Baron. He was an admiral in the Royal Navy. 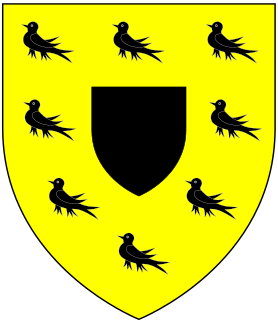 Viscount Tyrconnel was a title in the Peerage of Ireland. It was created in 1718 for Sir John Brownlow, 5th Baronet, Member of Parliament for Grantham and Lincolnshire. He was made Baron Charleville, in the County of Cork, at the same time, also in the Peerage of Ireland. The Brownlow Baronetcy, of Humby in the County of Lincoln, was created in the Baronetage of England on 27 July 1641 for William Brownlow. His grandson, the third Baronet, represented Grantham in Parliament. The latter had no surviving male issue and was succeeded by his younger brother, the fourth Baronet. He sat as Member of Parliament for Peterborough and Bishop's Castle. He was succeeded by his son, the aforementioned fifth Baronet, who was elevated to the Peerage of Ireland as Viscount Tyrconnel. The three titles became extinct on Lord Tyrconnel's death in 1754. The Brownlow estates were passed on to the late Viscount's nephew, Sir John Cust, 3rd Baronet, whose son was created Baron Brownlow in 1776.

Thomas Southwell may refer to:

The High Sheriff of Limerick was the British Crown's judicial representative in County Limerick, Ireland from the 13th century until 1922, when the office was abolished in the new Free State and replaced by the office of Limerick County Sheriff. The sheriff had judicial, electoral, ceremonial and administrative functions and executed High Court Writs. In 1908, an Order in Council made the Lord-Lieutenant the Sovereign's prime representative in a county and reduced the High Sheriff's precedence. However the sheriff retained his responsibilities for the preservation of law and order in the county. The usual procedure for appointing the sheriff from 1660 onwards was that three persons were nominated at the beginning of each year from the county and the Lord Lieutenant then appointed his choice as High Sheriff for the remainder of the year. Often the other nominees were appointed as under-sheriffs. Sometimes a sheriff did not fulfil his entire term through death or other event and another sheriff was then appointed for the remainder of the year. The dates given hereunder are the dates of appointment. All addresses are in County Limerick unless stated otherwise.