Vladivostok is a city and the administrative centre of Far Eastern Federal District and Primorsky Krai, Russia, located around the Golden Horn Bay, not far from Russia's borders with China and North Korea. The population of the city as of 2018 was 604,901, up from 592,034 recorded in the 2010 Russian census. Harbin in China is about 515 kilometres (320 mi) away, whilst Sapporo in Japan is about 775 kilometres (482 mi) east across the Sea of Japan.

In the zone.tab of the IANA time zone database the corresponding zones is Asia/Vladivostok. 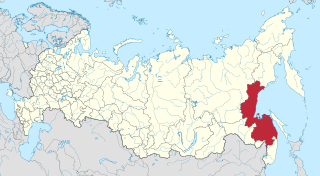 Khabarovsk Krai is a federal subject of Russia. It is geographically located in the Far East region of the country and is a part of the Far Eastern Federal District. The administrative centre of the krai is the city of Khabarovsk, which is home to roughly half of the krai's population and the second largest city in the Russian Far East. Khabarovsk Krai is the fourth-largest federal subject by area, with a population of 1,343,869 as of the. 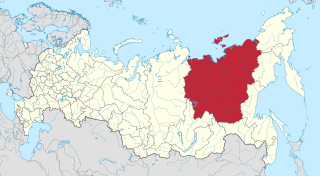 The Republic of Sakha (Yakutia) is a federal Russian republic. It had a population of 958,528 at the 2010 Census, mainly ethnic Yakuts and Russians. 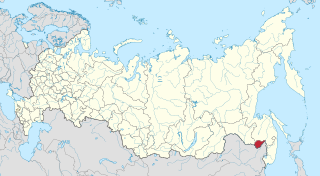 Between 26 October 2014 and 24 April 2016 Vladivostok Time was used in Magadan Oblast and Sakhalin. 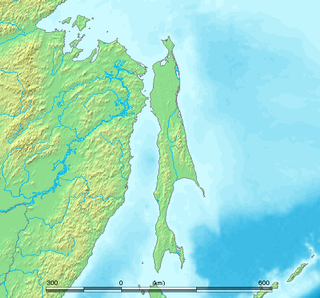 Sakhalin is Russia's largest island, lying in the North Pacific Ocean between 45°50' and 54°24' N. It is administered as part of Sakhalin Oblast. Sakhalin, which is about one third the size of Honshu, is just off the east coast of Russia, and just north of Japan. The island's population was 497,973 as of the 2010 census, made up of mostly ethnic Russians and a smaller Korean community. The indigenous peoples of the island are the Ainu, Oroks and Nivkhs.

Cities and towns with more than 100,000 inhabitants using Vladivostok Time: 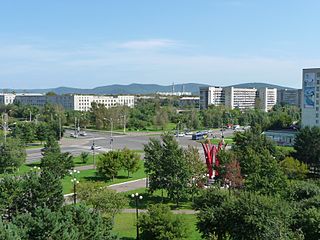 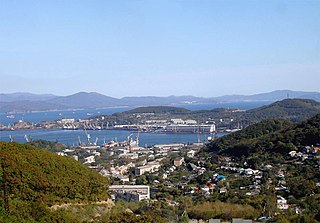 Central European Time (CET), used in most parts of Europe and a few North African countries, is a standard time which is 1 hour ahead of Coordinated Universal Time (UTC). The time offset from UTC can be written as UTC+01:00. The same standard time, UTC+01:00, is also known as Middle European Time and under other names like Berlin Time, Warsaw Time and Romance Standard Time (RST), Paris Time or Rome Time.

Magadan Time (MAGT), is a time zone in Russia, named after Magadan, the administrative center of Magadan Oblast. It is 11 hours ahead of UTC (UTC+11) and 8 hours ahead of Moscow Time (MSK+8).

Kamchatka Time (PETT), also known as Anadyr Time (ANAT), is a time zone in Russia, named after the Kamchatka Peninsula. It is 12 hours ahead of UTC (UTC+12:00) and 9 hours ahead of Moscow Time (MSK+9). This time zone is used in the two easternmost regions of Russia after October 2014 and was also used before the time zone reform of 2010.

Time in Ukraine is defined as UTC+02:00 and in summer as UTC+03:00. Locally it is referred to as the Kiev Time and is part of the Eastern European Time. The change for the summer time take place in the last week of March at 03:00 when the time changes an hour ahead and the last week of October at 04:00 when the time changes an hour back; this way the clocks in Ukraine are 1 hour ahead of those in central Europe at all times.