Vojislav "Voja" Antonić (Serbian Cyrillic : Воја Антонић, pronounced  [ˈʋɔja ˈantɔnitɕ] ʾ, 12 July 1952) is a Serbian inventor, journalist and writer. He was also a magazine editor and contributed to a number of radio shows but he is best known for creating a build-it-yourself home computer Galaksija and originating a related "Build your own computer Galaksija" initiative with Dejan Ristanović. This initiative encouraged and enlightened thousands of computer enthusiasts during the 1980s in the Socialist Federal Republic of Yugoslavia. Mr. Antonić donated many of his personally creations to the public domain, whenever they related to the common people or a fellow engineer.

While in school, Voja Antonić found a passion for HAM radios. He obtained a licence and a callsign to broadcast his own waves. One day, the state police seized all CB Band units known to operate in the country, creating a new trend for HAM radio units which bored Voja Antonić who decided to move on towards new digital technologies. [1]

His first creation with a microprocessor was Conway's Game of Life machine that shows its state using 16x16 matrix of red LEDs. Without a computer, Voja Antonić wrote the code on paper and operated the input in the system byte by byte using rotary switches. LEDs being expensive back then, it took him months to buy and install the last LEDs. A replica of his machine reportedly worked flawlessly almost continuously for 40 years. [1]

When personal computers arrived on the market, they were not accessible in Yugoslavia. Voja Antonić asked a friend in the USA to disassemble a TRS-80 Model I and send it to him and received it labelled as "technical junk". He received it, reassembled it, and started his new computer passion. [1]

While studying at the Faculty of Dramatic Arts in the late 1970s, he started to build computer systems capable of rendering animations. [1]

Prior to the Winter of 1981/1982 Skiing Federation of Serbia timed the competitors using regular stopwatches and hand signaling. The upcoming Balkan competition required this to be improved and more precise. In 1981, Antonić created a small, battery powered computer packed together with liquid crystal display, printer and keyboard in Samsonite suitcases. Over the years five different models were built, named from "Arbitar" to "Arbitar 5", and were used for many years. In 1982, he designed an alarm system for Elektronika inženjering.

In 1983, Antonić learned of the interesting way to have the CPU generate video signal, without the use of specialized video circuitry. He thought of this as a good idea for an inexpensive, build-it-yourself computer. Galaksija (pronounced Galaxiya, meaning Galaxy) was featured in the special edition Računari u vašoj kući (Computers in your home) of a popular science magazine of the same name, published late December 1983 in Belgrade, Yugoslavia. Voja Antonić essentially released Galaksija to public domain and never required any compensation for it. He wanted it to be a project anyone can undertake and received only the compensation for writing the magazine article itself, not the computer. At least 8,000 were built by do-it-yourself computer hackers. [1]

In 1983, his friend Zoran Modli launched a new section on his national radio show focused on microcomputers. Since data coding was performed in audio range (to fit the format of compact cassettes), Voja Antonić and his radio host friend started using the radio waves to transfer computer-generated data, their own online wireless technology of the predigital age. [1]

In 1991, when the war broke in Yugoslavia, Voja Antonić was taken to a remote quarter to be checked by the military. Confessing he was a computer engineer, he was asked to repair an old Apple II, which he did in a day. This earned him the favors of the military forces. During this period, he joined several anti-war and anti-Milošević campaigns, writing articles against terror. [1]

In 1995, while going through a difficult time in his life, he threw away almost all of his projects, including the documentation and five prototypes of the Galaksija microcomputer. [1]

In 1999, Voja Antonić created a logic analyzer, probe, serial interface receiver and frequency counter device based on Microchip Technology PIC16F84 microcontroller. It eventually became Microchip's Application Note 689 (AN689) but was subsequently removed. Microchip explained that Yugoslavia was facing an embargo from the USA, making it impossible to promote his technology worldwide. Although the work was published, the only compensation asked by Voja Antonić, a Microchip in-circuit emulator MPLAB-ICE 1000, was never sent to Antonić. [1]

In 2006, Microchip restored the Application Note 689 and delivered a In-Circuit Debuggers to Voja Antonić. [1]

He donated a copy of the Galaksija to the Muzej Nauke i Tehnike (Museum of Science and Technology) in Belgrade. [1]

Voja Antonić wrote a number of short stories for his appearances in "Modulacije" (eng. Modulations) radio show hosted by Zoran Modli. He personally read them during live public broadcasts.

Svet kompjutera is a computer magazine published in Serbia. It has the highest circulation in the country. Svet kompjutera deals with subjects on home, PC computers, tablet computers, smartphones, and video game consoles as well as their use for work and entertainment. Its aim is to inform the readers about the latest events in Serbian and world computer scene and to present products that are interesting for its readers. Its editorial staff sees this as their main task to advise computer users on how to use their hardware and software in the best way.

The Galaksija was a build-it-yourself computer designed by Voja Antonić. It was featured in the special edition Računari u vašoj kući of a popular eponymous science magazine, published late December 1983 in Belgrade, Yugoslavia. Kits were available but not required as it could be built entirely out of standard off-the-shelf parts. It was later also available in complete form.

Idoli were a Serbian new wave band from Belgrade. They are considered to be one of the most notable acts of the Yugoslav rock scene, and their 1982 album Odbrana i poslednji dani was on several occasions voted by the music critics as the greatest Yugoslav rock album. 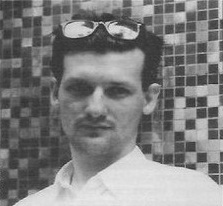 Mitar Subotić "Suba", also known as Rex Ilusivii, was a Serbian-born musician and composer who was set to become one of Brazil's most prominent producers when he died in November 1999.

Galaksija BASIC was the BASIC interpreter of the Galaksija build-it-yourself home computer from Yugoslavia. While being partially based on code taken from TRS-80 Level 1 BASIC, which the creator believed to have been a Microsoft BASIC, the extensive modifications of Galaksija BASIC—such as to include rudimentary array support, video generation code and generally improvements to the programming language—is said to have left not much more than flow-control and floating point code remaining from the original.

Ventilator 202 was a live radio show broadcast by Beograd 202 radio station during the 1980s and hosted by Zoran Modli. It was one of the most important shows of Belgrade's "202" station and possibly also the most important project of its host. It first aired first June 3, 1979. Zoran Modli was its host until late 1987. He later hosted another similar show, Modulacije. "Ventilator 202" was renamed to "501" and hosted by Dubravka Marković, giving it her own style. It was notable for its promotion of local (domestic) demo music, early application of computers and introduction of "absolute radio" concept.

Modulacije was a Serbian live radio show. It first aired on Radio Pingvin May 1, 1993 and continued until December 24, 1999 on a number of different radio stations including Beograd 202 and MIP Radio. 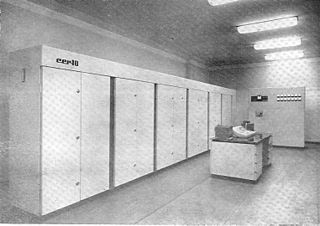 The Socialist Federal Republic of Yugoslavia (SFRY) was a socialist country that existed in the second half of the 20th century. Being socialist meant that strict technology import rules and regulations shaped the development of computer history in the country, unlike in the Western world. However, since it was a non-aligned country, it had no ties to the Soviet Bloc either. One of the major ideas contributing to the development of any technology in SFRY was the apparent need to be independent of foreign suppliers for spare parts, fueling domestic computer development. 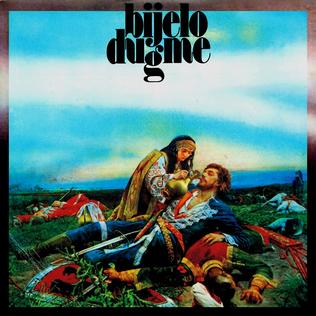 Bijelo Dugme is the seventh studio album by Former Yugoslav and Bosnian rock band Bijelo Dugme. Due to Bijelo Dugme's usage of Uroš Predić's famous painting Kosovo Maiden for the album cover, the album is unofficially known as Kosovka djevojka. 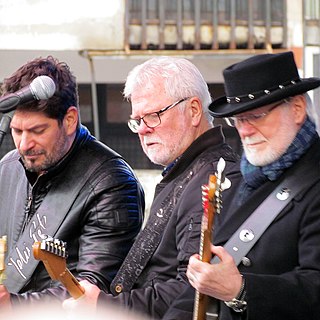 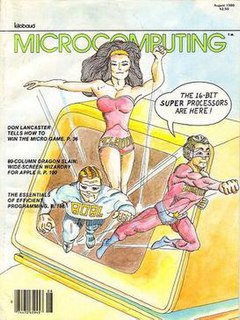 Kilobaud Microcomputing was a magazine dedicated to the computer homebrew hobbyists from 1977 to 1983.

Tito and Me is a 1992 Yugoslav comedy film by Serbian director Goran Marković.

Urbana Gerila was a former Yugoslav punk rock and new wave band from Belgrade. The band is notable as the participant of the Artistička radna akcija project in 1981. In 1982, the band members formed an ad hoc group Berliner Strasse, influenced by post-punk and krautrock, performing songs with lyrics in the German language.

Zoran Modli was a Serbian journalist, radio disc jockey, and aviator. He was one of the most popular Yugoslav radio personalities, running one of the most notable radio shows of the early 1980s in Yugoslavia, Ventilator 202.

Petar i Zli Vuci were a former Yugoslav new wave/ska band from Belgrade, notable as the participant of the Artistička radna akcija project.

Galaksija was a monthly magazine for popularization of science and science fiction that was published in Yugoslavia from 1972 to the 1990s by BIGZ. Its headquarters was in Belgrade.

Zoran Bojovic was a Serbian architect and engineer who undertook many large scale projects abroad. He is known for his constructions in Nigeria and the Middle East.

Violeta Ivković is a Serbian journalist and writer.