Samuel Vyvyan Trerice Adams (22 April 1900 – 13 August 1951), known as Vyvyan Adams, was a British Conservative Party politician. He was the Member of Parliament (MP) for Leeds West from 1931 [1] to 1945, when he was defeated by the swing to Labour. He stood unsuccessfully in the Fulham East constituency in 1950. He had been adopted for the safe Conservative seat of Darwen early in 1951, but died later that year.

His Times obituary was headed Intellectual Honesty and Independence. He was opposed to appeasement of Mussolini (in Abyssinia) and Hitler, and was one of the two Conservative MPs (with Duff Cooper) to oppose the Munich agreement with Hitler in 1938. He was opposed to the death penalty.

He was educated at King's College School, Cambridge, Haileybury, and King's College, Cambridge (MA). He married in 1925 Mary Campin, who was later a television producer and programme director. He was a barrister, and was a Major in the Duke of Cornwall's Light Infantry of the British Army in World War II.

In 1951 he drowned while swimming at Gunwalloe Church Cove near Helston, Cornwall, a place noted for strong currents. Their daughter Sally, then 14, helped her mother but was unable to save her father.

He wrote several books, the first three under the pseudonym Watchman: 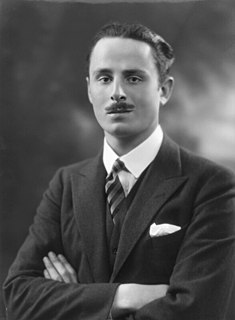 Sir Oswald Ernald Mosley, 6th Baronet was a British politician who rose to fame in the 1920s as a Member of Parliament and later in the 1930s, having become disillusioned with mainstream politics, became the leader of the British Union of Fascists (BUF). Mosley had not been knighted, but he was the sixth baronet, with a title that had been in his family for more than a century at his father's death on 21 September 1928.

Edwin Duncan Sandys, Baron Duncan-Sandys, was a British politician and minister in successive Conservative governments in the 1950s and 1960s. He was a son-in-law of Winston Churchill.

William Shepherd Morrison, 1st Viscount Dunrossil,, was a British politician. He was a long-serving cabinet minister before serving as Speaker of the House of Commons from 1951 to 1959. He was then appointed as the 14th Governor-General of Australia, in office from 1960 until his death in 1961.

Hector Seymour Peter Monro, Baron Monro of Langholm, AE, PC, was a Scottish Conservative and Unionist Party politician. He was Member of Parliament for Dumfriesshire for over 32 years, from 1964 to 1997, and then a life peer in the House of Lords.

John Scott Maclay, 1st Viscount Muirshiel, was a British politician, sitting as a National Liberal and Conservative Member of Parliament before the party was fully assimilated into the Unionist Party in Scotland in the mid 1960s.

Evelyn Mansfield King was a British member of parliament for both the Labour Party and then the Conservative Party.

Sir Ian Lloyd was a British Conservative Party politician. Born in South Africa to wealthy English parents, he worked as a civil servant in the SA Board of Trade before moving permanently to England. He served as a backbench Member of Parliament for constituencies near Portsmouth nearly 30 years, from 1964 to 1992. He took an interest in African issues, shipping, and technology, and spoke about the dangers of global warming as early as 1989.

Mary Grace Agnes Adams was an English television producer, programme director and administrator who worked for the BBC. She was instrumental in setting up the BBC's television service both before and after the Second World War. Her daughter says, "She was a socialist, a romantic and could charm with her charisma, spontaneity, and quick informed intelligence. She was a fervent atheist and advocate of humanism and common sense, accepting her stance without subjecting it to analysis." Mary Adams was the first female television producer for the BBC.

Sir Leslie Arthur Plummer, known to his friends as Dick Plummer, was a British farmer, newspaper executive and politician. He was in charge of the Overseas Food Corporation during the disastrous Tanganyika groundnut scheme in the late 1940s; later he became a Labour Party Member of Parliament where he pioneered attempts to outlaw racial discrimination.

Vivian is a given name, and less often a surname, derived from a Latin name of the Roman Empire period, masculine Vivianus and feminine Viviana, which survived into modern use because it is the name of two early Christian female martyrs as well as of a male saint and bishop.

Maurice Petherick was a British Conservative Party politician who served as the Member of Parliament (MP) for Penryn & Falmouth from 1931 to 1945, and as Financial Secretary to the War Office, briefly, in 1945.

Captain Harold Richard Adams, more commonly Richard Adams, was a British Labour politician who served as the Member of Parliament for Balham and Tooting from 1945 to 1950, and Wandsworth Central from 1950 to 1955.

The Oxford by-election, 1938 was a parliamentary by-election for the British House of Commons constituency of Oxford, held on 27 October 1938. The by-election was triggered when Robert Croft Bourne, the sitting Conservative Member of Parliament died on 7 August 1938. He had served as MP for the constituency since a 1924 by-election. 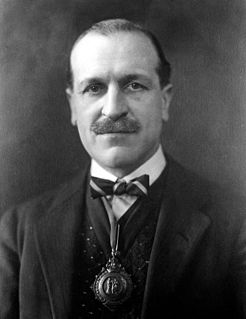 Lieutenant-Colonel Sir Francis Edward Fremantle, OBE, DL, FRCS, FRCP was a British physician and Conservative Party politician who served as the Member of Parliament (MP) for St Albans from 1919 until his death.

Stuart James Bevan was a British barrister and Conservative politician. 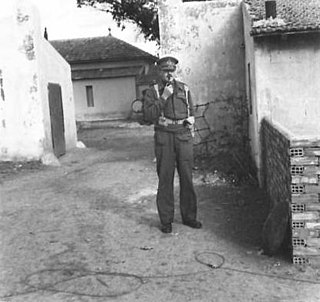 Major General Vyvyan Evelegh, was a senior officer of the British Army during the Second World War, commanding the 78th Infantry Division and the 6th Armoured Division in Tunisia and Italy.