WTS Wrocław, also known as Betard Sparta Wrocław for sponsorship reasons, are a motorcycle speedway team based in Wrocław, Poland. They were established in 1950. They compete in the Polish Ekstraliga and finished seventh in the 2009 season play-offs. The team's home track is at the Olympic Stadium, which has a capacity of 11,000 people.

Wrocław is a city in western Poland and the largest city in the historical region of Silesia. It lies on the banks of the River Oder in the Silesian Lowlands of Central Europe, roughly 350 kilometres (220 mi) from the Baltic Sea to the north and 40 kilometres (25 mi) from the Sudeten Mountains to the south. The population of Wrocław in 2018 was 640,648, making it the fourth-largest city in Poland and the main city of the Wrocław agglomeration.

Poland, officially the Republic of Poland, is a country located in Central Europe. It is divided into 16 administrative subdivisions, covering an area of 312,696 square kilometres (120,733 sq mi), and has a largely temperate seasonal climate. With a population of approximately 38.5 million people, Poland is the sixth most populous member state of the European Union. Poland's capital and largest metropolis is Warsaw. Other major cities include Kraków, Łódź, Wrocław, Poznań, Gdańsk, and Szczecin. Poland is bordered by the Baltic Sea, Lithuania, and Russia's Kaliningrad Oblast to the north, Belarus and Ukraine to the east, Slovakia and the Czech Republic to the south, and Germany to the west. 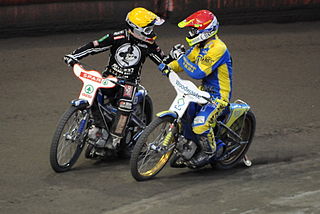 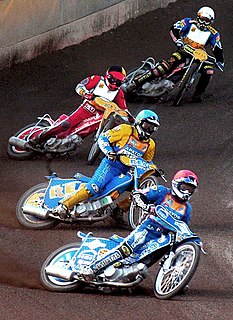 Robert Miśkowiak is a Polish motorcycle speedway rider who has won the World Under-21 Championship. 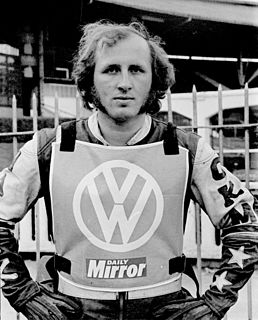 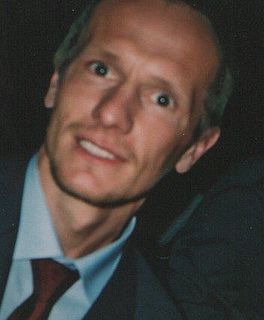 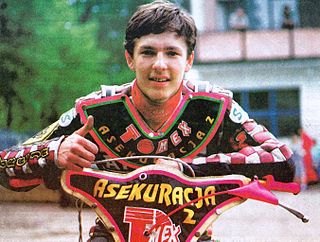 Dariusz Śledź is a former Polish motorcycle speedway rider who rode in the 1995 Speedway Grand Prix of Poland. Śledź won the Polish league three times. In February 2009 he was appointed coach of the speedway club Stal Rzeszów, after previously managing the WTS Atlas team. In 2019 He became a manager of Sparta Wroclaw 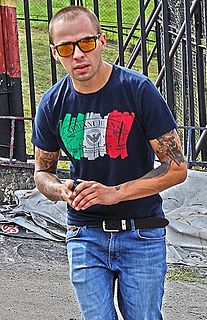 Dawid Lampart is a Polish motorcycle speedway rider who is a member of the Poland U-21 and U-19 national teams. Lampart won the 2009 Under-21 World Cup, 2009 Team U-19 European Championship and finished third at the 2009 Individual Speedway Junior Polish Championship.

Andrzej Wyglenda is a former Polish motorcycle speedway rider who has won 1971 Speedway World Pairs Championship and Speedway World Team Cup three times. He was won Individual Polish Champion title four times. Between 1985 and 1989 he was a Member of the Sejm of Poland.

Damian Sperz is a Polish speedway rider who is a member of the Polish under-21 national team.