Wade Stowell "Red" Woodworth (August 23, 1905 – June 29, 1992) was an American football player and coach. He served as the head football coach at the University of Cincinnati for the final five games of the 1937 season. 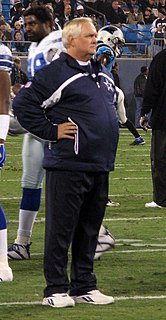 Wade Phillips is an American football coach who most recently served as defensive coordinator for the Los Angeles Rams of the National Football League (NFL). He also served two stints as defensive coordinator of the Denver Broncos, where his team was Super Bowl finalists in his first stint and champions in his second stint. He has served as head coach of the NFL's Denver Broncos, Buffalo Bills, and Dallas Cowboys. He was also an interim head coach for the New Orleans Saints, Atlanta Falcons, and the Houston Texans. His career winning percentage as a head coach is .546. Phillips is considered to be among the best defensive coordinators in the NFL. Multiple players under Phillips' system would win Defensive Player of the Year, including Reggie White, Bryce Paup, Bruce Smith, J. J. Watt and Aaron Donald, or Defensive Rookie of the Year, including Mike Croel and Shawne Merriman.

Edmund McCullough Cameron was an American football and basketball player, coach, and college athletics administrator. He served as the head basketball coach at Washington and Lee University for one season in 1924–25 and at Duke University from 1928 to 1942, compiling a career college basketball record of 234–104. Cameron was also the head football coach at Duke University from 1942 to 1945, tallying a mark of 25–11–1, and the athletic director at the school from 1951 to 1972. Cameron was part of Duke athletics from 1926 to 1972, the second longest tenure in the school's history. Duke's home basketball arena was renamed as Cameron Indoor Stadium in his honor in 1972. 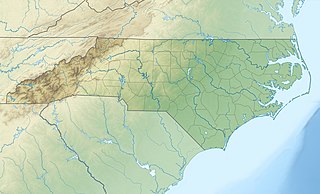 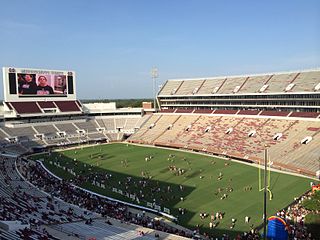 Davis Wade Stadium, officially known as Davis Wade Stadium at Scott Field is the home venue for the Mississippi State Bulldogs football team. Originally constructed in 1914 as New Athletic Field, it is the second-oldest stadium in the Football Bowl Subdivision behind Georgia Tech's Bobby Dodd Stadium, and the fourth oldest in all of college football behind Penn's Franklin Field, Harvard Stadium, and Bobby Dodd Stadium. As of 2016, it has a seating capacity of 61,337 people.

Charles Wade Wilson was an American football coach and previously a quarterback who played for the Minnesota Vikings, Atlanta Falcons, New Orleans Saints, Dallas Cowboys and the Oakland Raiders in a seventeen-year career from 1981 to 1998 in the National Football League (NFL). He was quarterbacks coach for the Dallas Cowboys from 2000 to 2002 and from 2007 to 2017 and the Chicago Bears from 2004 to 2006. He played college football for Texas A&M University-Commerce, where he was an NAIA All-American Quarterback and led the Lions to the NAIA national semifinals during the 1980 season. John Woodworth Wilce was an American football player and coach, physician, and university professor. He served as the head football coach at Ohio State University from 1913 to 1928, compiling a record of 78–33–9. Wilce is best known for coaching the great Chic Harley and leading Ohio State to their first win over archrival Michigan in 1919. He was inducted into the College Football Hall of Fame as a coach in 1954.

The 1892 Michigan Wolverines football team was an American football team that represented the University of Michigan in the 1892 college football season. In its first season under head coach Frank Barbour, the team compiled a 7–5 record and outscored its opponents by a combined score of 298 to 170. With 298 points scored, the team held the record for the most points scored in a single season by a Michigan football team until 1901.

Wade Harman is an American football coach who is the tight ends coach for the Denver Broncos of the National Football League (NFL). Harman used to be the Assistant Offensive Line Coach for the Falcons working with veteran offensive line coach Mike Tice.

Pete Graham Woodworth is an American professional baseball coach. He is the pitching coach for the Seattle Mariners of Major League Baseball (MLB).

The 1937 Cincinnati Bearcats football team was an American football team that represented the University of Cincinnati as a member of the Buckeye Athletic Association during the 1937 college football season. The Bearcats were lead by head coach Russ Cohen who went 0–5 before captain Wade Woodworth took over, also going 0–5 and compiled a 0–10 season record.