Walter Charles Mycroft (1890 – 14 June 1959) was a British novelist, screenwriter, film producer and director. [1] In the 1920s he was film critic of the London Evening Standard , and a founder of the London Film Society, before joining the film industry.

In 1928 he became Literary Adviser and Scenario Editor at the newly founded studio British International Pictures at Elstree, sometimes working with his friend Alfred Hitchcock. He was by his own account the principal author of Hitchcock's first BIP film The Ring (1927), and credited as the author of the original story on which Champagne (1928) was based. Their friendship does not seem to have survived their collaboration.

Mycroft was elevated to head of production at Elstree during the 1930s, during which time BIP was reconstituted as the Associated British Picture Corporation. The company released many films on which Mycroft was credited as producer, with varying levels of actual involvement. His adopted son, David Rees Mycroft worked as assistant director on a number of Elstree productions. 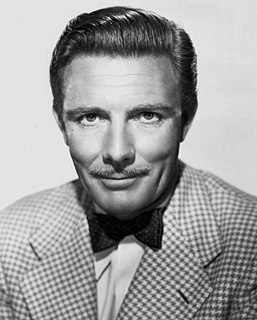 Charles Ernest Paton was an English film actor. He joined the circus at 14, and had early stage and music hall experience. He appeared in 105 films between 1927 and 1951, including Freedom of the Seas. In 1927, he appeared in a short film, made in the DeForest Phonofilm sound-on-film process, singing "If Your Face Wants to Smile, We'll Let It In" from the revue John Citizen's Lament. He was born in London and died from a heart attack, also in London.

Michael Hogan was a British screenwriter. Hogan had previously been a notable film actor, appearing in lead roles in a number of silent and early sound films. Hogan worked as a writer in both Britain and Hollywood.

John Maxwell (1879–1940) was a British film producer. Maxwell was the co-owner of British International Pictures, which emerged as the largest British studio following the Film Act of 1927. Maxwell was a Scottish lawyer who first came into contact with the film industry in 1912. In 1927 he took over the newly-constructed British National Studios in Elstree after its founders ran into financial problems. Maxwell built a vertically integrated company incorporating film production, film distribution, initially through Wardour Films, and a large network of cinemas that enabled the company to compete with the leading German and Hollywood firms. Along with the facilities in Elstree, the company also acquired Welwyn Studios in Welwyn Garden City.