Wellington College is a British co-educational day and boarding public school near the village of Crowthorne, Berkshire, England. Wellington is a registered charity and currently educates roughly 1,100 pupils, between the ages of 13 and 18, per annum. It was built as a national monument to the first Duke of Wellington (1769–1852), in honour of whom the College is named. Queen Victoria laid the foundation stone in 1856 and inaugurated the School's public opening on 29 January 1859.

The school opened in 2011. [3] Initially it planned to offer, the initial expected student account was 500, and the school planned to have up to 1,200 students. The school was scheduled to open with A levels and offer IB diplomas after receiving permission from the International Baccalaureate Organisation. A school must already be open before receiving permission to offer IB. [4]

There are boarding facilities for senior school students. [2] Wellington Tianjin was scheduled to initially open as only a day school, and it's now offering boarding to students above year 7. [4]

In 2011 Warwick Mansell of The Telegraph stated that it was anticipated that the largest group of students would be of East Asian origin, including Mainland Chinese students with foreign passports, Japanese, and Koreans. People from the United Kingdom were expected to make up 15% of the student body and the school also expected to have significant numbers of other European nationalities. [4]

Shekou International School is a private, not-for-profit international school, located in the Jing Shan Villas development in Shekou, Nanshan District, Shenzhen, Guangdong, China. It serves students in Nursery through to Grade 12 across three campuses. There is mountainside, Parkside, and Bayside. 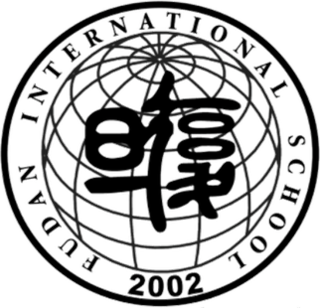 Fudan International School is a public school affiliated to Fudan University, providing both primary school and high school education. It is located in Shanghai of China. It is under co-direction of the Shanghai Education Commission and Fudan University. The school was established in 1950, and the High School started an English language international division in 2006. The school is a co-educational, college preparatory boarding and day school offering a Western curriculum for expatriate middle and high school students.

Utahloy International School Zengcheng is an international school in Sanjiang Town, Zengcheng, Guangzhou, China. UISZ serves Kindergarten through grade 12, and has day school and boarding school programs. School currently serves around 200 students K-12, with 120 in primary and 80 in secondary.

Oxford International College of Chengdu is a British international school in the Bali area of Chenghua District, Chengdu, Sichuan, China. It serves ages 14-18.

Shen Wai International School is an international school in Nanshan District, Shenzhen, China. Its students are children of foreign expatriate workers and people with residency in Hong Kong and Macau as well as the current Republic of China (Taiwan) jurisdiction of Taiwan, the Pescadores, and Kinmen and Matsu.

Haileybury International School is a boarding school near Tianjin.