The Welsh Bowling Association (WBA) is the governing body for men's outdoor bowling clubs in Wales. It has 10 affiliated counties and 286 affiliated clubs. The WBA organise competitions, including the county championship, and select and manage the national side. At the 2009 Atlantic Rim Championship in Johannesburg, the Welsh men's team finished third. [1] [2] [3] [4] [5]

The Welsh Bowling Association is based at Llanishen, Cardiff. [6]

Llanishen is a district and community in the north of Cardiff, the capital city of Wales. The Cardiff ward population taken at the 2011 census was 17,149. Llanishen is well known as the home of the 'Tax Offices', the tallest buildings in north Cardiff and a landmark for miles around. The office complex overlooks the 'Crystal and Fishguard estates', Parc Tŷ Glas industrial estate, old village, leafy suburban roads and various parkland that constitute the district. Llanishen is also home to a fully featured Leisure Centre and the former 60-acre (24 ha) Llanishen Reservoir – a local beauty spot that is connected to a green corridor which bisects the city from the rising hills in the north to Cardiff Bay in the south.

The Welsh Crown Green Bowling Association (WCGBA), founded 1927, is the national governing body for crown green bowling in Wales. The WCGBA organise competitions, including the Welsh Club Championship, and select and manage the national side. 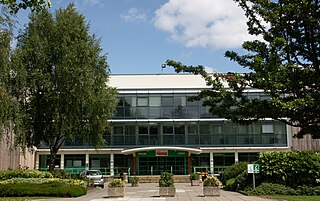 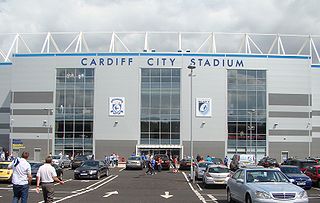 The Welsh Federation of Coarse Anglers (WFCA) is the national governing body for coarse fishing in Wales. It was established in 1977 and by 2003 had 69 affiliated clubs and over 23,000 members.

The Welsh Federation of Sea Anglers (WFSA) is the national governing body of sea angling in Wales. It organises major angling events at regional and national levels. The WFSA fights for member clubs' access to, and fishing from, threatened facilities, as well as organising the election of individuals and teams to represent Wales at international sea angling competitions.

The Welsh Archery Association (WAA) is the national governing body for archery in Wales. It was established in 2000 by the merger of the South Wales Archery Society, the North Wales Archery Society and the Welsh Archery Federation, and by 2002 had 51 affiliated clubs and over 800 members. Responsibilities of the WAA include the competition, judging and coaching of archery in Wales. The WAA are also responsible for the selection and management of representative teams competing for Wales at international events.

The Welsh Women’s Bowling Association (WWBA) is the governing body for women's outdoor bowling clubs in Wales. It has eight affiliated counties and 160 affiliated clubs. The WBA organise competitions, including the county championship, and select and manage the national side. At the 2009 Atlantic Rim Championship in Johannesburg, the Welsh women's team finished first.

The Welsh Cricket Association (WCA) is the governing body of Welsh amateur cricket. It also runs the Welsh Cup and convenes the Welsh Coaching Forum. The WCA aims to promote, encourage, and improve amateur cricket in Wales, and to encourage and develop active participation in the game. Over 270 counties, associations, leagues and clubs are affiliated to the WCA.

Welsh Fencing is the national governing body of fencing in Wales. In 2003 it had 34 affiliated clubs, with 260 adult and 559 junior members. Welsh Fencing organises competitions including the Welsh Open, and is responsible for the selection and management of the Wales representative squad, who compete in the Winton Cup and the Commonwealth Games. At the European and World Championships Welsh fencers represent Great Britain, if selected.

Welsh Triathlon is the national governing body and membership association for triathlon, duathlon and other multisports in Wales. It is a member of the British Triathlon Federation, the other members being Triathlon England and Triathlon Scotland.