Werner – Beinhart! is the first German comedy-comic-film adaption based upon the most successful German comic Werner by "Brösel".

Shooting took place in Kiel, Flensburg and Berlin between June and September 1990.

The film contains animated sequences that are embedded in those of the live-action sequences, which form the background story.

The film was followed by four sequels:

The first sequel, Werner – Das muß kesseln!!! (Werner - That's Hot), was the most expensive German animated film of all-time, with a cost of $12 million (8 million Deutsch mark). It opened on 633 screens on Thursday, June 27, 1996. [1] The sequel performed better than the original, with 1.5 million admissions in its first week, the second-highest ever for a German film at the time, and almost 5 million admissions in total, generating a gross of €24 million. [2]

Das Boot is a 1981 West German war film written and directed by Wolfgang Petersen, produced by Günter Rohrbach, and starring Jürgen Prochnow, Herbert Grönemeyer, and Klaus Wennemann. It has been exhibited both as a theatrical release and as a TV miniseries (1985), in several different home video versions of various running times, and in a director's cut version supervised by Petersen in 1997. 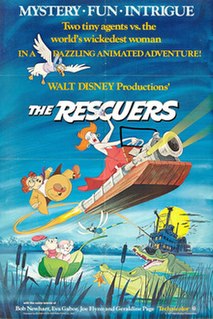 The Rescuers is a 1977 American animated adventure film produced by Walt Disney Productions and released by Buena Vista Distribution. The 23rd Disney animated feature film, the film is about the Rescue Aid Society, an international mouse organization headquartered in New York City and shadowing the United Nations, dedicated to helping abduction victims around the world at large. Two of these mice, jittery janitor Bernard and his co-agent, the elegant Miss Bianca, set out to rescue Penny, an orphan girl being held prisoner in the Devil's Bayou by treasure huntress Madame Medusa. The film is based on a series of books by Margery Sharp, most notably The Rescuers (1959) and Miss Bianca (1962). 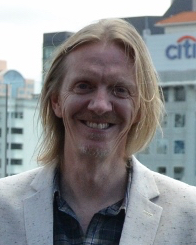 Andrew Ralph Adamson is a New Zealander film director, producer and screenwriter based mainly in Los Angeles, where he directed the Academy Award-winning animated films Shrek and Shrek 2. He was director, executive producer, and scriptwriter for the 2005 production of The Chronicles of Narnia: The Lion, the Witch and the Wardrobe. He also worked on the movies Batman Forever and Batman & Robin as a visual effects supervisor. 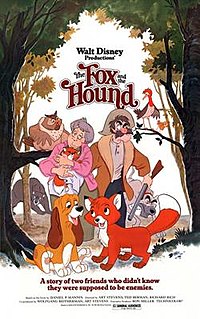 The Fox and the Hound is a 1981 American animated musical buddy drama film produced by Walt Disney Productions and loosely based on the 1967 novel of the same name by Daniel P. Mannix. It is the 24th Disney animated feature film. The film was directed by Ted Berman, Richard Rich, and Art Stevens and features the voices of Mickey Rooney, Kurt Russell, Pearl Bailey, Jack Albertson, Sandy Duncan, Jeanette Nolan, Pat Buttram, John Fiedler, John McIntire, Dick Bakalyan, Paul Winchell, Keith Mitchell, and Corey Feldman. The film tells the story of two unlikely friends, a red fox named Tod and a hound dog named Copper, who struggle to preserve their friendship despite their emerging instincts and the surrounding social pressures demanding them to be adversaries. 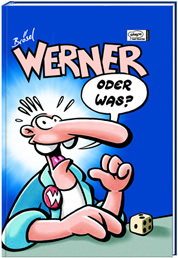 Werner is a German comics character, appearing in a number of German comic books and animated films. He was created in 1978 by Brösel. Werner is the most successful German comic character of all time with over 10 million books sold and over 13 million film admissions. At almost 5 million admissions in Germany, the first movie, Werner – Beinhart! (1990), is Germany's third most commercially successful film of the 1990s on the German domestic market, and #14 of Germany's most successful domestic market films of all time. 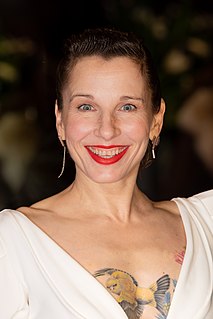 Meret Becker is a German actress and singer.

Süderbrarup is a municipality in the district of Schleswig-Flensburg, in Schleswig-Holstein, Germany. It is situated on the north side of the Schlei, approx. 20 km northeast of Schleswig, and 30 km southeast of Flensburg. Süderbrarup is known for the Thorsberg moor archeological site.

Constantin Film AG is a German film production and film distribution company based in Munich. The company, which belongs to Swiss media conglomerate Highlight Communications AG, is a large independent German maker and distributor of productions in the entire field of audio-visual fiction and non-fiction. Company activity is based on the five pillars of film production/procurement of rights, TV production, film distribution, home entertainment and licence trading/TV exploitation. Constantin Film AG has released 36 of the 100 most successful German films of the last 20 years, including four of the Top 5: Manitou's Shoe, Traumschiff Surprise – Periode 1, Fack ju Göhte and Fack ju Göhte 2. The Fack ju Göhte trilogy was concluded in 2017 with Fack ju Göhte 3 and is now the most successful German film series of all time. Internationally, Constantin Film is best known for the successful Resident Evil film franchise, which has earned US$1.2 billion worldwide to date and is also known as the highest-grossing film series based on a video game. Most recent successes include TV series Shadowhunters, which won four People's Choice Awards in 2018. Constantin has also been involved in 20th Century Fox's Fantastic Four film franchise. Upcoming productions include bestseller adaption The Silence and Monster Hunter. 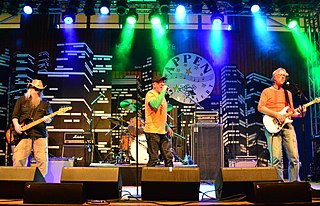 Martin Semmelrogge is a German actor, best known for his role as the comical Second Watch Officer in the film Das Boot. His character was based on the real life World War II submarine officer Werner Herrmann.

Matthias Florian Lechner is a motion picture production designer and art director. He worked as an art director and designer on the animated films Zootopia, Help! I'm a Fish and Escape from Planet Earth, as well as Laura's Star, among other films. He was born in Mannheim, Germany, and lives in Ventura, California.

The following are lists of high-grossing films.