The projection is a limiting form of the Bonne projection, having its standard parallel at one of the poles (90°N/S). [1] [2] Distances along each parallel and along the central meridian are correct, as are all distances from the north pole. 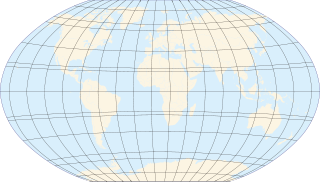 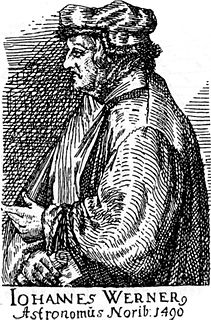 Johannes Stabius (1450–1522) was an Austrian cartographer of Vienna who developed, around 1500, the heart-shape (cordiform) projection map later developed further by Johannes Werner. It is called the Werner map projection, but also the Stabius-Werner or the Stab-Werner projection.

Werner may refer to: