Regular sessions begin with an organizational day on the second Wednesday of January of each year. [2] The length of regular session is limited to 60 calendar days. [2] The governor can call for special sessions. [2]

Delegates submit bill proposals to the Office of Legislative Services or legislative staff counsel, who draft the bill. [3] Once the bill draft is approved by the delegate, it is submitted for introduction. [3] Bills then undergo committee review and three readings in the house of origin and then the other house of the state legislature. [3]

An unusual feature of the West Virginia legislative process is that revenue bills can originate in either house. [2] The state constitution also prohibits multiple subjects in a single bill. [2]

If approved by both the West Virginia House of Delegates and the West Virginia Senate, bills are submitted to the governor, who may sign them into law or veto them. [2] State legislators can override the governor's veto of bills with a simple majority vote of both houses, unless the bill is a revenue bill, in which case two-thirds of the members elected to each house are required to override the governor's veto or line-item veto. [2]

The 2000 House of Delegates' districting system divided the state into 58 districts that elected a varying number of members. The majority of districts, 35, were single-member districts. 23 districts were multi-member districts, varying from two to seven (the 30th District in Kanawha County) delegates.

See also: List of Speakers of the West Virginia House of Delegates

The Speaker of the House is selected by its members. In contrast to the tradition of the Speaker of the United States House of Representatives, the Speaker must vote unless excused. The House rules state that in some cases, he or she is not required to vote unless the House is equally divided, or unless his or her vote, if given to the minority, will make the division equal. In the latter case, the question is lost. 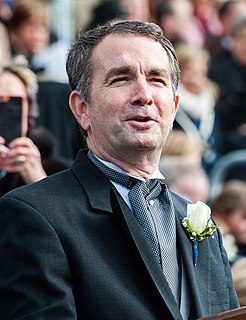 The West Virginia Senate is the upper house of the West Virginia Legislature. There are seventeen senatorial districts. Each district has two senators who serve staggered four-year terms. The Democrats gained two seats in the 2018 elections, bringing their total number of seats to 14, while the Republicans still hold a majority with 20. 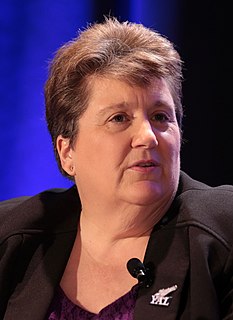 Laura Ebke is a politician from the state of Nebraska in the Midwestern United States. A resident of the city of Crete in the southeastern part of the state, she served a single term in the Nebraska Legislature, from 2015 to 2019. Originally a member of the Republican Party who described herself as "a conservative libertarian", Ebke changed her registration to the Libertarian Party in 2016; she was thought to be the first Libertarian member of the officially nonpartisan legislature. In July 2020, Ebke was elected to member-at-large of the Libertarian National Committee.

David Schnoor is a politician from the state of Nebraska in the Midwestern United States. In December 2014, he was appointed to the Nebraska Legislature, representing a district in the east-central part of the state. He is a member of the Republican Party.

Brett R. Lindstrom is a politician from the state of Nebraska in the Midwestern United States. In 2012, he unsuccessfully ran for a Nebraska seat in the U.S. Congress, losing to incumbent Lee Terry in the Republican primary election. In 2014, he was elected to the Nebraska Legislature, representing an Omaha district.

Mark Kolterman is a politician from the state of Nebraska in the Midwestern United States. In 2014, he was elected to the Nebraska Legislature, representing a district in the southeastern part of the state. Kolterman is a member of the Republican Party.

Matthew V. "Matt" Hansen is a politician from the state of Nebraska in the Midwestern United States. In 2014, he was elected to the Nebraska Legislature, representing a Lincoln district. Hansen is a member of the Democratic Party.

Curt Friesen is a politician from the state of Nebraska in the Midwestern United States. In 2006, he unsuccessfully ran for a seat in the Nebraska Legislature. In 2014, he won election to the legislature, representing a district in the central part of the state. Friesen is a member of the Republican Party.