The Western Cross (Krzyż Zachodni) is a Polish decoration established on 7 April 2017.

The concept of the Cross was presented by senator Jan Żaryn, [1] and designed by Robert Szydlik and Tadeusz Jeziorowski. [2] 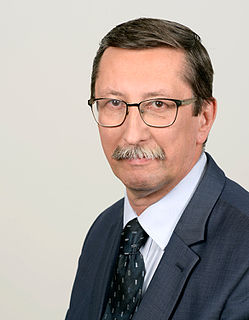 Jan Krzysztof Żaryn is a Polish historian and politician.

Tadeusz Romuald Jeziorowski is a Polish historian and writer specialising in weaponry, uniforms and orders.

It is awarded by the President of Poland on recommendation of the Minister of Foreign Affairs, who might be advised by e.g. the head of the Office for War Veterans and Victims of Oppression, [3] the director of the Pilecki Institute [4] as a token of commemoration and gratitude to foreigners who provided aid and assistance to Polish citizens persecuted by Nazi and communist regimes between 1939 and 1989 in places not included by the Eastern Cross. [3] 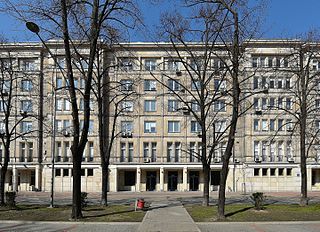 The Office for War Veterans and Victims of Oppression in the main institution in the Government of Poland to deal with the issues of Polish veterans of struggles for independence and victims of oppression. In 1991 a special status was set up for people of these categories, and the main tasks of the Office include awarding this status, providing care for people with this status, and disseminating the information about their life and struggle.

On the obsverse it is inscribed "PRO AUXILIO POLONIS DATO" (For aid given to Poles). [3]

The Military Counterintelligence Service is one of the principal intelligence agencies of Poland. It is responsible for the protection of Poland against internal threats and for the combat capability of the Polish Armed Forces.

Joanna Wronecka is a Polish diplomat, since November 2017 serving as a Permanent Representative of Poland to the United Nations.

Paweł Lechowicz is a Polish civil servant who serves the Ambassador of the Republic of Poland to Kuwait since December 2017. 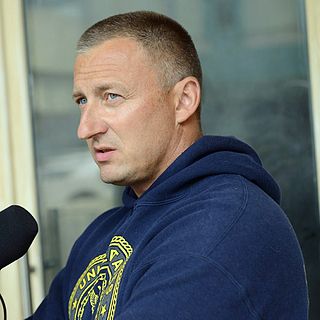 Grzegorz Seweryn Kaliciak is a Colonel of Polish Armed Forces.

Urszula Doroszewska is a Polish diplomat, journalist and sociologist, ambassador to Georgia (2008–2013) and Lithuania.

Wojciech Jerzy Muszyński (1972-present) is a Polish historian. He is conducting research in the Polish Institute of National Remembrance.

Piotr Józef Myśliwiec is a Polish diplomat and chemist, serving as a Poland ambassador to Angola.

Aleksandra Maria Piątkowska is a Polish civil servant and diplomat, serving as an ambassador to Chile (2012–2017) and Argentina.

Piotr Andrzej Opaliński is a Polish diplomat, serving as an ambassador to Pakistan since 2015.

Ministry of Economic Cooperation with Foreign Countries was a Polish government administration office, its tasks included implementation of state policy and coordination of activities in the field of economic, trade and scientific and technical relations with foreign countries.

Ministry of Entrepreneurship and Technology is a Polish government administration office.

The Pilecki Institute is a Polish government institution in charge of preserving the memory, documenting and researching the historical experiences of Polish citizens in the 20th century. Its patron is Witold Pilecki.

The Virtus et Fraternitas Medal was established on 9 November 2017.

The Eastern Cross is a Polish decoration established on 15 December 2016.