When the Last Sword Is Drawn

When the Last Sword Is Drawn (壬生義士伝, Mibu Gishi Den, Legend of the Loyal Retainers of Mibu) is a 2002 historical drama film directed by Yōjirō Takita loosely based on real historical events. When the Last Sword Is Drawn won the Best Film award at the 2004 Japanese Academy Awards, as well as the prizes for Best Actor (Kiichi Nakai) and Best Supporting Actor (Kōichi Satō). It received a further eight nominations. [4]

The film tells the story of two Shinsengumi samurai. Saitō Hajime (played by Kōichi Satō) is a heartless killer. Yoshimura Kanichiro (played by Kiichi Nakai) appears to be a money-grabbing and emotional swordsman from the northern area known as Nambu Morioka.

The main storyline is set during the fall of the Tokugawa shogunate, but it is told in a series of flashbacks as Saitō and another man reminisce. The themes include conflicting loyalty to the clan, lord, and family.

More than just swordplay, it is the story of a man willing to do anything for the good of his family, even if it means never being able to see them. 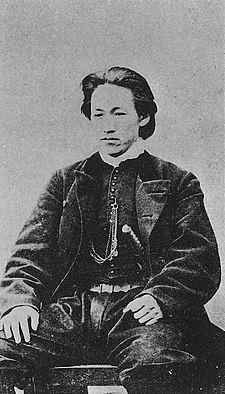 Hijikata Toshizō was a Japanese warrior. As Vice-Commander of the Shinsengumi, he resisted the Meiji Restoration. 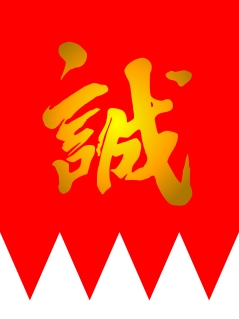 The Shinsengumi was a special police force organized by the Bakufu during Japan's Bakumatsu period in 1863. It was active until 1869. It was founded to protect the shogunate representatives in Kyoto at a time when a controversial imperial edict to exclude foreign trade from Japan had been made and the Chōshū clan had been forced from the imperial court. The men were drawn from the sword schools of Edo.

Saitō Hajime was a Japanese samurai of the late Edo period, who most famously served as the captain of the third unit of the Shinsengumi. He was one of the few core members who survived the numerous wars of the Bakumatsu period. He was later known as Fujita Gorō and worked as a police officer in Tokyo during the Meiji Restoration.

Yōjirō Takita is a Japanese filmmaker. Takita received an Oscar for Best Foreign Language Film for his 2008 drama Departures. It marked the first time a Japanese film won the award after the category first became competitive in 1957. 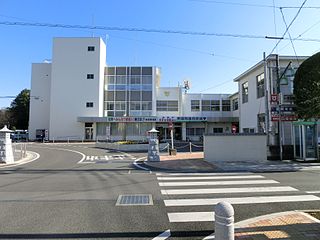 Samurai Deeper Kyo is a manga series written and illustrated by Akimine Kamijyo. Set during the Edo period of Japan's history, Samurai Deeper Kyo follows Demon Eyes Kyo, a feared samurai seeking to regain his body after his soul is sealed inside the body of his rival, Mibu Kyoshiro. Kyo is joined in his search by the bounty-hunter Shiina Yuya, the heir to the Tokugawa shogunate Benitora; and Sanada Yukimura, a known rival of the Tokugawa.

Kazuya Nakai is a Japanese voice actor and narrator who was born in Kobe, Japan. He is affiliated with Aoni Production. His most notable role is Roronoa Zoro in the anime series One Piece. Other major voice roles include Toshiro Hijikata from Gintama, Date Masamune from Sengoku Basara, Xiahou Dun and Dian Wei from Dynasty Warriors and Warriors Orochi series, Shinjiro Aragaki from the Persona series, Mugen from Samurai Champloo, Mondo Owada from the Danganronpa series, Ultraman Max in Ultraman Max and Jin Sakai in the Japanese dub of the video game Ghost of Tsushima. He won a Best Supporting Actor award at the 5th Seiyu Awards in 2011 for his roles in One Piece and Gin Tama. 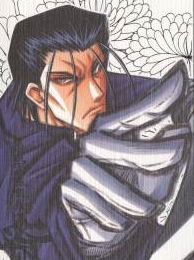 Saitō Hajime, known as Hajime Saito in the English-language anime dubs, is a fictional character from the Rurouni Kenshin manga and anime series created by Nobuhiro Watsuki. Being a fan of the Shinsengumi, Watsuki created Saitō as an anti-heroic foil to Himura Kenshin, the main character of the story, while basing him on the real life Shinsengumi member of the same name.

Kiichi Nakai is a Japanese actor. His name was given by Yasujirō Ozu. His father, Keiji Sada, also a movie actor, died when Nakai was only two years old. Nakai started his acting career while he was still in university and was awarded the Rookie of the Year at the Japan Academy Awards in 1981.

Jirō Asada is the pen name of Kōjirō Iwato, a Japanese writer.

Yoshikazu Katō is a Japanese film director and screenwriter.

Railways is a Japanese film released on 29 May 2010. The film was produced by Shūji Abe, directed by Yoshinari Nishikōri, and stars Kiichi Nakai and Reiko Takashima.

New Battles Without Honor and Humanity, also known as Another Battle, is a 2000 Japanese yakuza film directed by Junji Sakamoto. It is a remake of Kinji Fukasaku's Battles Without Honor and Humanity series from the 1970s, which were adapted from a series of newspaper articles by journalist Kōichi Iiboshi, that were rewrites of a manuscript originally written by real-life yakuza Kōzō Minō while he was in prison.

Wagaya no Rekishi is a Japanese three-part television mini-series, shown on Fuji TV from April 9, 2010 to April 11, 2010 to celebrate its 50th Anniversary. The show was known for its star-studded cast. 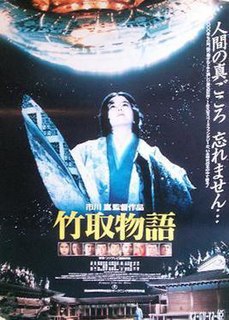 Flower and Sword is a 2017 Japanese film on kadō directed by Tetsuo Shinohara.