Kuijken started his career in music in 1952 with the Brussels Alariusensemble of which he formed part until 1972. In addition, he played with the Ensemble Musique Nouvelle which propagated avant-garde music throughout Europe.

In 1972 the ensemble La Petite Bande was established and later the Kuijken Strijkkwartet (Kuijken String Quartet). Kuijken has recorded numerous works of chamber music with Gustav Leonhardt, Frans Brüggen and Alfred Deller. Today he is one of the most sought-after Early Music performers of his generation on the baroque cello and viola da gamba.

Wieland Kuijken is gamba teacher at the conservatories of Brussels and The Hague and regular jury member of international competitions.

Kuijken has two brothers, Sigiswald and Barthold, who are also eminent musicians and are known for playing baroque music on authentic instruments. Sigiswald is a violinist and Barthold a flautist and recorder player. His third brother is Professor Eckhart Kuijken, former director of the Flemish Institute for Nature Conservation and a professor at Groningen University. He also has a fourth brother, Oswald Kuijken, who is a famous visual artist. 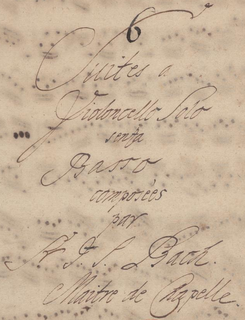 The six Cello Suites, BWV 1007–1012, are suites for unaccompanied cello by Johann Sebastian Bach (1685–1750). They are some of the most frequently performed solo compositions ever written for cello. Bach most likely composed them during the period 1717–1723, when he served as Kapellmeister in Köthen. The title given on the cover of the Anna Magdalena Bach manuscript was Suites à Violoncello Solo senza Basso.

Accent Records is a Belgian record label started in 1978 by Adelheid and Andreas Glatt, releasing classical music from between 1500 AD and the 20th century, but primarily from the 17th and 18th centuries.

Hille Perl is a German virtuoso performer of the viola da gamba and lirone. She is considered to be one of the world's finest viola da gamba players, specializing in solo and ensemble music of the 17th and 18th centuries. She has a particular interest in French Baroque repertoire for seven-string bass viola da gamba. She also performs Spanish, Italian, German, and modern repertoire for the instrument and has released many CDs.

Vittorio Ghielmi is an Italian musician, conductor, compose Compared by critics to Jasha Heifetz ("Diapason") for his virtuosity, and described as "An Alchemist of sound" for the intensity and versatility of his musical interpretations, Vittorio Ghielmi attracted notice while still very young for his new approach to the viola da gamba and to the sound of early music repertoire. He is Professor for viola da gamba and Head of the Institut für Alte Musik at the Mozarteum Universität Salzburg and Visiting Professor at the Royal College of London. He is graduate at the Università Cattolica di Milano.

Barthold Kuijken is a Belgian flautist and recorder player, known for playing baroque music on historical instruments and particularly known for pioneering this manner of performance with his brothers, cellist and viol player Wieland Kuijken and violinist Sigiswald Kuijken, and the harpsichordist Gustav Leonhardt.

Sophie Watillon was a Belgian viol player who specialized in Baroque music. She was born in Namur, Belgium to a musical family. During her young life, the viola da gamba-soloist gained international fame with refined and sensitive solo interpretations of Early Music and Baroque compositions for viola da gamba.

Jonathan Manson is a Scottish cellist and viol player. Born in Edinburgh, he studied cello with Jane Cowan and later went on to the Eastman School of Music in Rochester, NY, where he studied with Steven Doane and Christel Thielmann. He studied viola da gamba with Wieland Kuijken in The Hague. 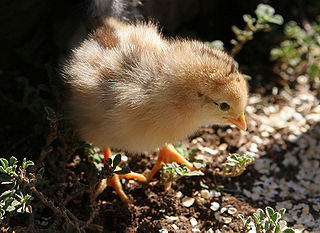 Kuijken is a Dutch surname. The name comes from the city of Cuijk, it is a derivative of the Celtic word Keujka with the meaning of a river meander. It may refer to:

La Petite Bande is a Belgium-based ensemble specialising in music of the Baroque and Classical eras played on period instruments. They are particularly known for their recordings of works by Corelli, Rameau, Handel, Bach, Haydn, and Mozart.

Markku Luolajan-Mikkola is a Finnish baroque cellist and viol player. Born in Helsinki, he studied cello with Arto Noras at the Sibelius Academy, where he received his diploma in 1983. Later, an interest in baroque music led him to summer courses with Laurence Dreyfus, and afterwards he went on to Royal Conservatory of The Hague where he studied viola da gamba with Wieland Kuijken and baroque cello with Jaap ter Linden, receiving postgraduate diplomas in viola da gamba and baroque cello in 1992.

The MA Festival Brugge, short for the festival Musica Antiqua Bruges in Bruges, Belgium, is a festival of early music and historically informed performances, started in 1960. The program includes concerts, master classes, conferences, visits in the region, exhibitions, instrument market, and international competitions that concentrates in a three-year cycle on organ, harpsichord, pianoforte and other period instruments, vocals, and baroque ensembles. The specialised festival is part of the Festival of Flanders.

Myrna Herzog is a Brazilian born Israeli musician, player of the viol/viola da gamba and baroque cello, conductor, and researcher in the field of viols. 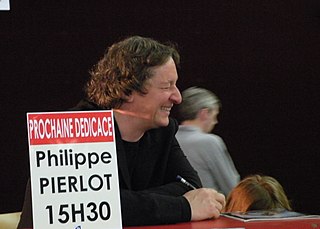 Philippe Pierlot is a Belgian viola da gamba player and a conductor in historically informed performance. He is also an academic teacher at the royal conservatories of The Hague and Brussels.

Hidemi Suzuki is a Japanese cellist and conductor. 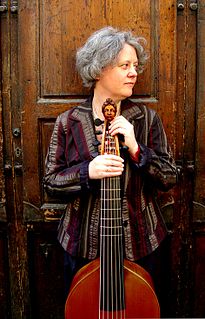 Bettina Hoffmann is a German viola da gambist and cellist, musicologist, and music pedagogue. A specialist in Renaissance, and Medieval music, she is the leader of the Renaissance and Medieval ensemble of Modo Antiquo. She has an extensive discography, primarily on the Brilliant Classics and Tactus labels and participated in two Grammy-nominated recordings.

Jérôme Hantaï is a viola da gamba player and fortepianist.