Born into a noble family of Baltic Germans, he was brought up in Estonia and attended the Tsarskoye Selo Lyceum together with Alexander Pushkin and Anton Delvig, [3] with whom he became friends. In 1821 he went to Paris to deliver courses in Russian literature, but his activity was deemed too liberal by the Russian administration and Küchelbecker had to return to Russia.

He served in the Caucasian War under General Yermolov (with whose nephew he fought a duel) before launching the miscellany Mnemozina along with Vladimir Odoevsky in 1824. Despite his German name, Küchelbecker was an ardent Russian patriot, and though closely allied with the romanticists, he insisted on calling himself a literary conservative and a classicist. D.S. Mirsky characterizes him as "a quixotic figure, ridiculous in appearance and behaviour", but his personal friends had a warm affection for him. Pushkin, who was one of his principal teasers, dedicated to him one of the most heartfelt stanzas of the Lyceum Anniversary of 1825.

As a poet, Küchelbecker had a pantheistic vision of the world but did not succeed in giving it a definite expression — his poetry is an inchoate world awaiting a builder. His best-known poem is the noble elegy on the death of Pushkin, a poem closing the Golden Age of Russian Poetry. In his short prose piece "European Letters" (1820), a 26th-century American travels in Europe, which has fallen back into barbarism. In the satiric fragment "Land of the Headless" (Земля безглавцев, 1824), the protagonist travels to the Moon and finds a dystopian state there.

During the doomed Decembrist Uprising, he made an attempt on the life of the tsar's brother Michael. Küchelbecker was sentenced to corporal punishment which was commuted to imprisonment in Sveaborg, Kexholm, and other fortresses for ten years. After that he was exiled to Kurgan. He died blind in Tobolsk from tuberculosis. His most famous biography, Kyukhlya, was written by Yury Tynyanov; its publication in 1925 marked a resurgence of interest in Küchelbecker and his art. 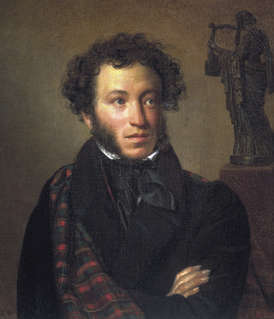 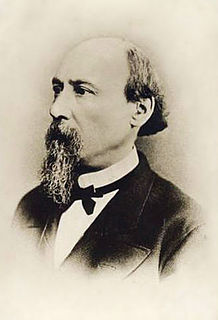 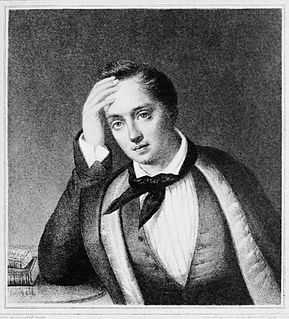 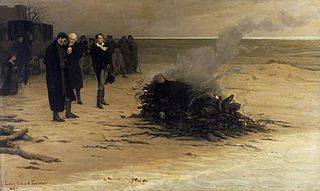 Romantic poetry is the poetry of the Romantic era, an artistic, literary, musical and intellectual movement that originated in Europe toward the end of the 18th century. It involved a reaction against prevailing Enlightenment ideas of the 18th century, and lasted from 1800 to 1850, approximately. 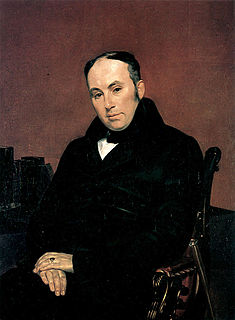 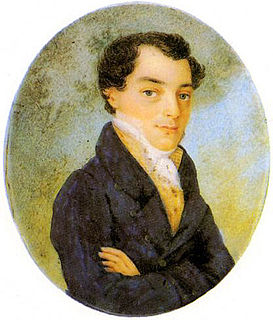 Kondraty Fyodorovich Ryleyev, also spelled Kondraty Feodorovich Ryleev was a Russian poet, publisher, and a leader of the Decembrist Revolt, which attempted to overthrow the Russian monarchy in 1825.

Fyodor Nikolaevich Glinka was a Russian poet and author. 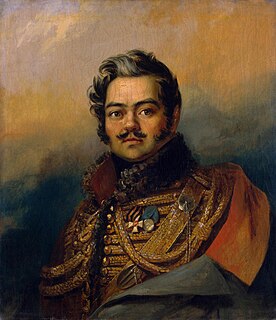 Denis Vasilyevich Davydov was a Russian soldier-poet of the Napoleonic Wars who invented the genre of hussar poetry, characterised by hedonism and bravado. He used events from his own life to illustrate such poetry. 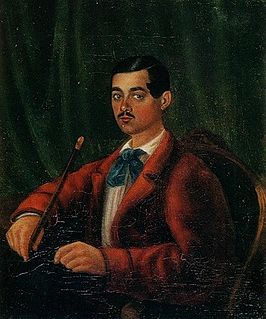 Alexander Alexandrovich Bestuzhev (Russian: Алекса́ндр Алекса́ндрович Бесту́жев, IPA: [bʲɪˈstuʐɨf];, was a Russian writer and Decembrist. After the Decembrist revolt he was sent into exile to Caucasus where Russian Empire was waging the war against the Circassians. There writing under the pseudonym Marlinsky he became known as a romantic poet, short story writer and novelist. He was killed there in a skirmish.

Maksim Adamavič Bahdanovič was a Belarusian poet, journalist, translator, literary critic and historian of literature. He is considered as one of the founders of the modern Belarusian literature. 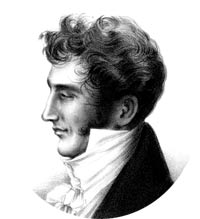 Ivan Ivanovich Kozlov Russian: Иван Иванович Козлов was a Russian Romantic poet and translator. As D. S. Mirsky noted, "his poetry appealed to the easily awakened emotions of the sentimental reader rather than to the higher poetic receptivity". 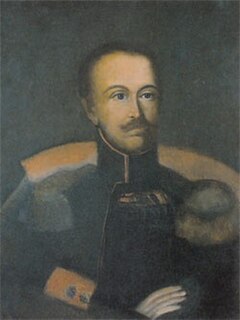 Pavel Aleksandrovich Katenin was a Russian classicist poet, dramatist, and literary critic who also contributed to the evolution of Russian Romanticism. 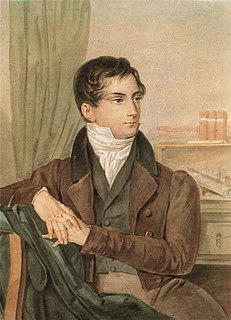 Dmitry Vladimirovich Venevitinov was a minor Russian Romantic poet who died at the age of 21, carrying with him one of the greatest hopes of Russian literature. He was one of the Russian Schellingians. 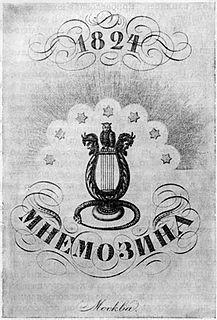 Mnemozina was a quarterly literary almanac, published in Moscow from 1824 to 1825. The full title in the Russian language is Мнемозина, собрание сочинений в стихах и прозе and was a reference to Mnemosyne, a persona in Greek mythology embodying memory. The main editors were Wilhelm Küchelbecker, and Vladimir Odoevsky.

Alexander Ivanovich Odoevsky was a Russian poet and playwright, one of the leading figures of the 1825 Decembrist revolt. One of Odoevsky's lines, "Iz iskry vozgoritsa plamya", has come down in history as a long-lasting slogan of the Russian revolutionary movement. It was chosen as a motto for the Lenin-founded newspaper Iskra, also giving the magazine its title, which means "spark".